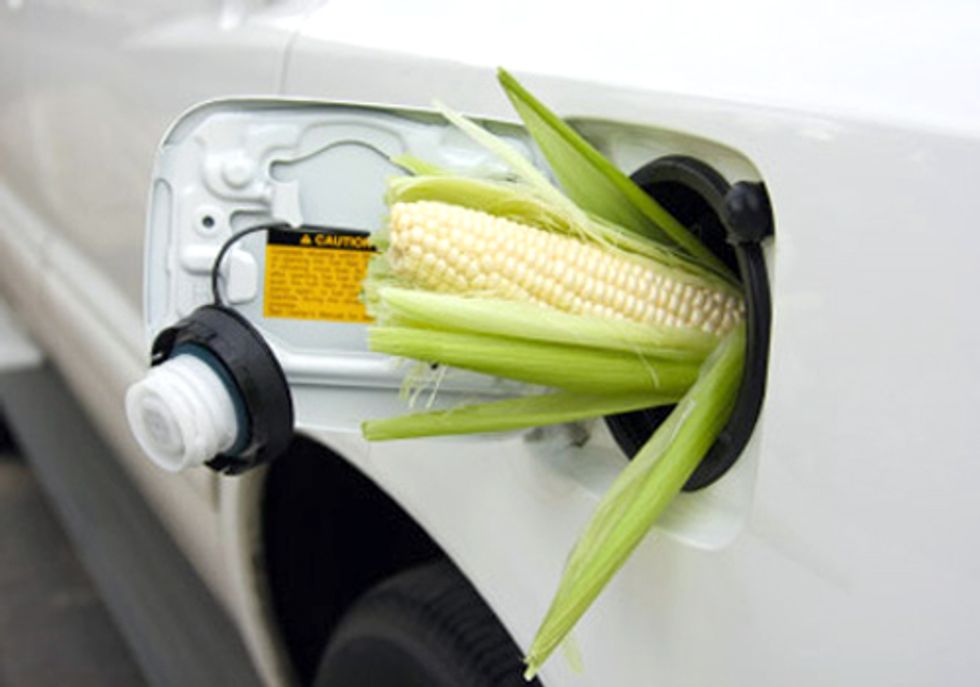 On Aug. 7 a bipartisan group of 26 senators urged U.S. Environmental Protection Agency (EPA) Administrator Lisa Jackson to use her authority to reduce the corn ethanol mandate in the Renewable Fuel Standard (RFS).

With record droughts spreading across the country, corn harvests are shrinking and food prices are spiking. In 2012 the RFS requires the use of 13.2 billion gallons of corn ethanol as transportation fuel, meaning that almost half the corn in the U.S. will be used for fuel instead of food this year.

The letter cites U.S. Department of Agriculture data that recently rated only 23 percent of the corn crop as good to excellent and 50 percent as poor to very poor because of persistent extreme heat and drought.

The senators’ letter joins a growing chorus of calls for Jackson to reduce the federal biofuels mandate. Last week, a bipartisan group of 156 members of the House of Representatives sent a similar letter, urging the EPA to act immediately to reduce the RFS mandate in response to the severe anticipated corn shortage.

Corn ethanol's promises are drying up right along side crops this year. We applaud these senators for taking a stand against a dangerous and dirty fuel. It's time for EPA to reduce the corn ethanol mandate and for Congress to reconsider all federal supports for ethanol.

Visit EcoWatch's FOOD and ENERGY pages for more related news on this topic.