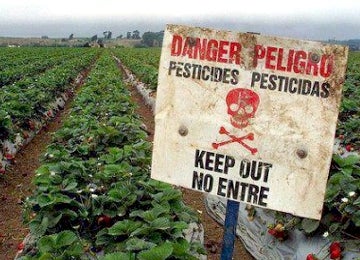 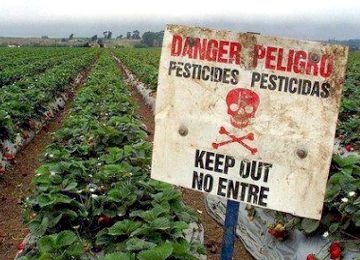 A diverse coalition of more than 250 conservation, public-health and sustainable farming groups sent a letter today asking the U.S. Environmental Protection Agency (EPA) to ban atrazine, a toxic pesticide that threatens wildlife and people across the country.

The Center for Biological Diversity also submitted comments today from more than 38,000 people asking the EPA to immediately stop use of this endocrine-disrupting poison in the U.S.

“We need to get this dangerous pesticide out of our water supply before it does any more damage,” said Collette Adkins Giese, a Center for Biological Diversity biologist and lawyer who works to save imperiled amphibians and reptiles.

“It’s pretty obvious that a pesticide that chemically castrates male frogs is highly suspect for people too, as well as bad for other wildlife,” Giese continues. “It certainly shouldn’t be showing up in our drinking water.”

Although the pesticide is banned in the European Union, up to 80 million pounds of it are used in the U.S. each year, contaminating ground, surface and drinking water. Atrazine, or its primary degradate, was found in approximately 75 percent of stream water and about 40 percent of all groundwater samples from agricultural areas tested in an extensive U.S. Geological Survey study.

Amphibians are particularly vulnerable to pesticide impacts because they live in waterways where their permeable skins absorb contaminants from agricultural runoff. Dr. Tyrone Hayes at the University of California has shown that atrazine chemically castrates and feminizes male frogs at concentrations lower than the level allowed in drinking water by the EPA.

In people, atrazine exposure may be linked to increased risks of thyroid cancer, reproductive harm and birth defects. For example, a recent study showed that children of mothers exposed to atrazine had an increased risk of a birth defect called choanal atresia, a narrowing or blockage of the back of the nasal canal that can be life-threatening in newborn infants.

“With about 250 groups and thousands of people across the U.S. calling for a ban on atrazine, we hope the EPA will finally take a stand against the powerful pesticide lobby,” said Adkins Giese. “Atrazine poses an unreasonable, unnecessary risk to our health and the environment, and the EPA needs to ban it—now.”

Today’s coalition letter calls upon the EPA to ban atrazine due to “widespread exposure and unreasonable risks to human health and the environment.” The agency received today’s letter, and thousands of comments calling for an atrazine ban, during the public comment period opened for the agency’s “registration review” of the chemical. The EPA also received technical comments on the need to protect endangered species from the dangers of atrazine.