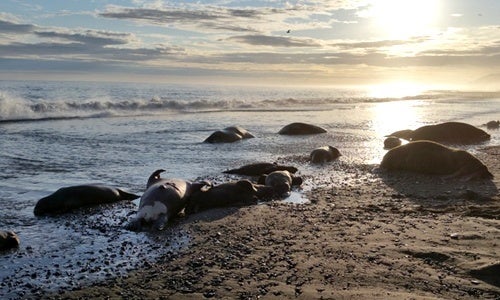 It’s a bad time to be a walrus. Authorities have launched a federal investigation into the deaths of 25 walruses on a beach off the Chukchi Sea in northwest Alaska last week. The U.S. Fish and Wildlife Service (FWS) believe that the walruses did not die of natural causes. 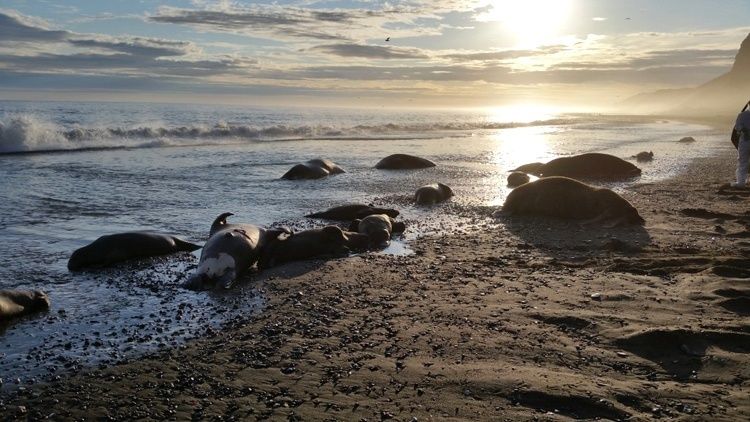 “The carcasses, nearly half of which were cubs, seem to have been shot—some were even beheaded,” says Bustle. Investigators suspect that they were poached for their ivory because some of their remains lacked tusks.

Poachers may have killed these 25 walruses for their heads and tusks: http://t.co/8rcnM2DLe4 pic.twitter.com/kbVAT3sQw3

“The missing heads and tusks don’t necessarily indicate illegal activity,” FWS spokesperson Andrea Medeiros told CBS Seattle. “The animals could have died in the ocean and washed ashore,” she said. “Federal regulations allow anyone to collect bones, teeth and ivory of dead marine mammals found on beaches or land within a quarter-mile of the ocean, though they must follow certain rules,” says CBS Seattle. “Walrus skulls with tusk attached are collectors’ items. The ivory often is carved and made into jewelry. However, walrus killed only for the collection of ivory is considered wasteful, and ‘head-hunting’ is illegal.”

As if that wasn’t bad enough, about 100 miles away at Point Lay, where some 35,000 walruses were hauled out yet again this year due to record low sea ice, an estimated 37 walruses were also found dead last week. In that case, FWS said that “they do not appear to have died as a result of foul play,” according to Alaska Dispatch News. 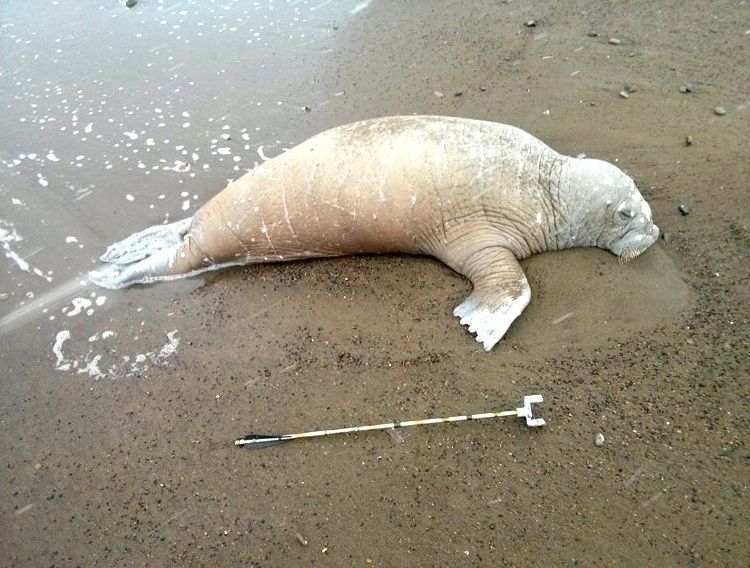 One of about three dozen young walruses found dead on a beach near Point Lay in Northwest Alaska. Photo credit: U.S. Fish and Wildlife Service

“We haven’t had a chance to go out there and confirm whether they’re from this year or last year or identify the cause of death,” said James MacCracken, a supervisory biologist and walrus specialist at FWS.

As of last week, the Point Lay area haulout was estimated to include 10,000 walruses, said Medeiros. Earlier this month, the National Snow and Ice Data Center announced that this summer, the Arctic sea ice hit the fourth-lowest level on record. Since 2007, diminishing sea ice in summer and fall has forced more and more female walruses and their pups ashore. Typically, they use the ice floes for resting and nursing in between dives for food. The overcrowding on beaches results in dangerous conditions, especially for the pups. They can be crushed to death when a herd stampedes due to disturbances from polar bears, people, aircraft or boat traffic.