25 of the World’s Most Famous Lost Cities 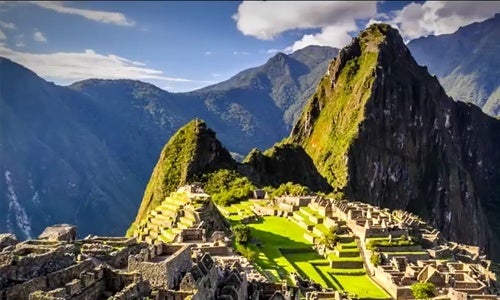 I’m always amazed by human ingenuity around the world, especially when it comes to the built world. From people building the coolest tiny homes in the most unusual places to the world’s most sustainable office building to the world’s largest indoor vertical farm, people are incredibly inventive. But what about entire abandoned cities lasting hundreds, even thousands, of years before they are rediscovered at some later date? Now that is really impressive.

John Green, author of The Fault in Our Stars and Paper Towns, hosts a weekly video series on Mental Floss. On last week’s episode, Green looked at the world’s most famous lost cities.

“Did you know that about 2,500 people visit the lost city of Machu Picchu, Peru every day?,” asks Green. It’s just one of many “lost” cities that have been later rediscovered.

And we haven’t known about all of the cities on the list for decades like we have known about Machu Picchu. Number two on the list was discovered this year after nearly a hundred years of searching.