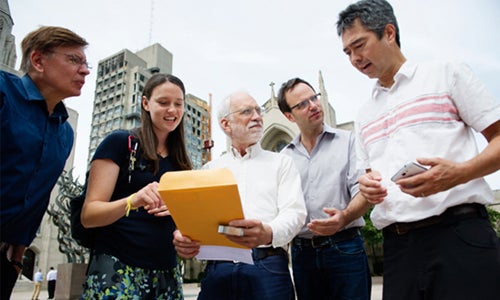 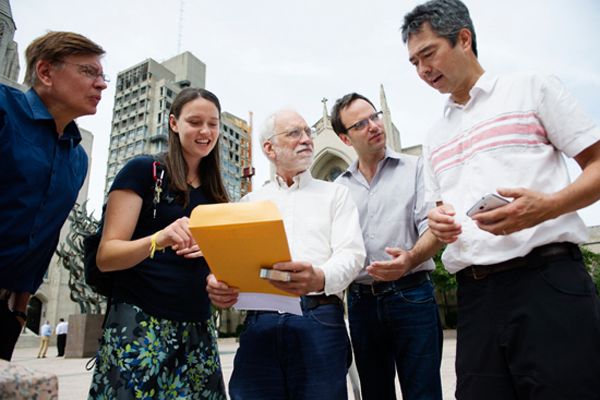 It is the largest group of university faculty so far to back such a measure], with signers from almost all schools and departments. The delegation also included members of student group DivestBU, which has been pushing for divestment for two years.

The letter, addressed to the president and the university’s trustees, said:

The climate change crisis is threatening life on Earth, and demands immediate and transformative actions by individuals, governments, businesses and institutions. … Because it is unlikely that fossil fuel interests (the major source of this crisis) will stop of their own accord their unrelenting drive to burn these fuels at current rates, we must find strategies to induce them to stop. … We recognize that the transition to a post fossil fuel society will be complex, but we must begin to take meaningful action to promote a rapid phasing out of fossil fuel use.

It also mentioned a practically reason to divest, saying “Since the true costs of carbon dioxide emissions are currently not taken into account in determining fossil fuel companies’ stock prices, investing in them is becoming increasingly risky (‘stranded assets’ and the ‘carbon bubble’).” Being good professors, the letter was copiously footnoted.

The faculty/student group met with president Brown for about half an hour after he personally accepted their letter. The group was encouraged by the discussion.

“We are very pleased to hear that President Brown shares with the faculty a deep concern over the threat of climate change,” said biology professor/DivestBU steering  committee member Ed Loechler. “He also concurs that climate change will be the most important investment issue for the university in the next few years and will thus encourage the institution to engage in open dialogue on this matter.”

The faculty group hopes to grow its numbers, encouraging  other BU faculty to join.

The campus movement to push colleges and universities to divest from fossil fuels is growing, as this large number of supporters at BU indicates. In April, 93 faculty members at Harvard University sent an open letter to president Drew Faust, but received a much less encouraging response when he said they would not consider it. That triggered a student “day of action” which included blockading his office. But in May, the Stanford University board of trustees voted to dump coal investments from its endowment portfolio, following a large-scale campaign by student organization Fossil Free Stanford.