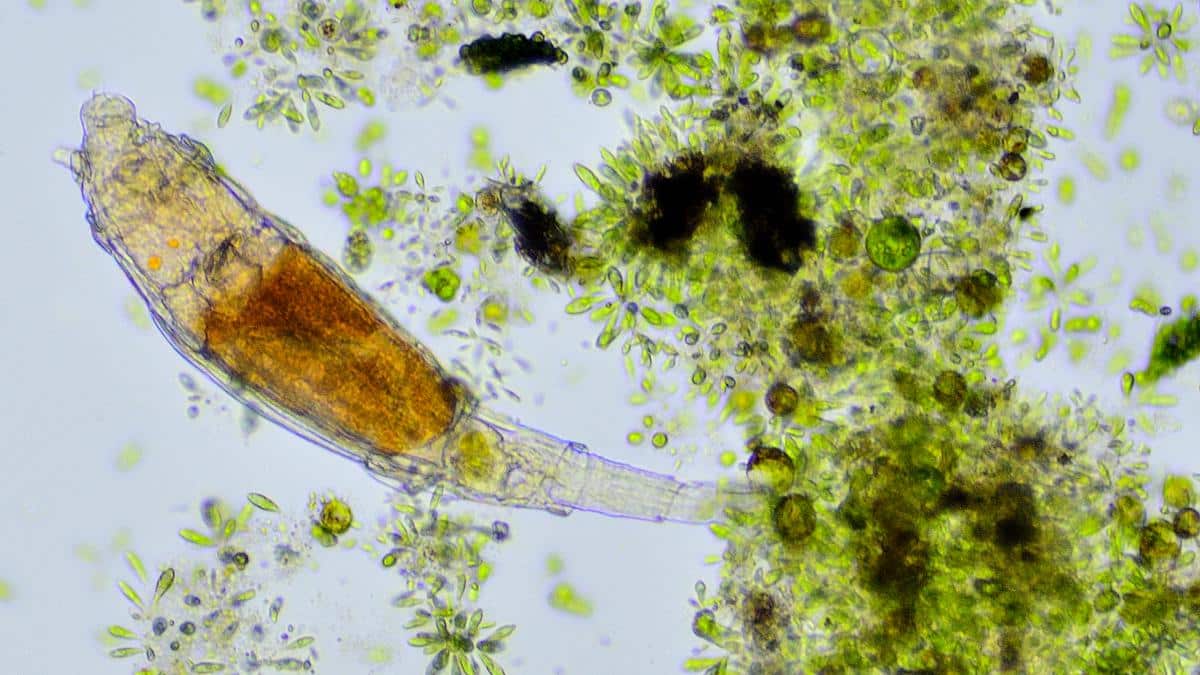 Scientists in Russia have revived a bdelloid rotifer — a type of multicellular microorganism that’s accustomed to wet environments — after the invertebrate spent 24,000 years frozen 11 feet beneath the Siberian permafrost.

According to a new study published Monday in Current Biology, past research has suggested these tiny creatures can slow their metabolisms down to almost stagnant and survive frozen for up to 10 years. Now, scientists from the Institute of Physicochemical and Biological Problems in Soil Science found that rotifers can survive much longer than that.

The 24,000-year-old rotifer wasn’t barely alive, either. After thawing, it was able to reproduce and feed, the study authors stated in a press release.

In the past, scientists have unearthed dead but well-preserved mammals, including woolly mammoths — which were still around when the study’s bdelloid rotifer first froze — and extinct cave bears from permafrost, which is thawing in many parts of the Arctic due to climate change, CNN said.

They’ve also discovered and revived a 30,000-year-old nematode worm, Arctic moss and some plants. “Now, the team adds rotifers to the list of organisms with a remarkable ability to survive, seemingly indefinitely, in a state of suspended animation beneath the frozen landscape,” the press release stated.

“The takeaway is that a multicellular organism can be frozen and stored as such for thousands of years and then return back to life — a dream of many fiction writers,” Stas Malavin, of Russia’s Institute of Physicochemical and Biological Problems in Soil Science, told the Press Association, according to the BBC.

Malavin and his team froze and attempted to revive modern day rotifers living in regions covered by permafrost. Not all survived the freezing, but the study revealed that rotifers appear to have some mechanism that protects their cells and organs from being damaged by very cold temperatures.

“Unlocking these micro-animals’ super-resilient biological strategies could help us to someday preserve other animal cells, tissues and organs here on Earth, and beyond,” The New York Times reported, adding that some scientists think rotifer would be good candidates for living in space.