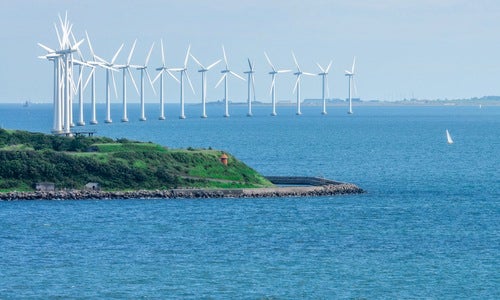 A massive coalition of nonprofit organizations, businesses and General Assembly members banded together today for a single cause—pushing the Obama Administration for offshore wind development in the U.S.

The 230-plus-member group wrote a letter to the president arguing that he should “redouble” support for offshore wind projects. The group says offshore wind is in line with Obama’s Climate Action Plan as well as his recent demand to triple federal use of renewable energy. There are no offshore projects in the U.S., though a handful of proposals exist. 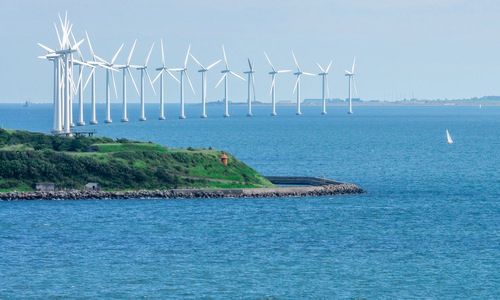 The U.S. has potential for its own offshore wind developments like this one in in the Baltic Sea off the coast of Copenhagen, Denmark, a 230-plus-member coalition says.

According to the group, there are more than 4,000 gigawatts (GW) of offshore wind potential along U.S. coastlines. About 1,300 GW are along the Atlantic coast alone, which is the equivalent of powering 85 million American homes and removing more than 100 million cars from U.S. road.

“Swift action is urgently needed to tap this low-carbon, plentiful American resource,” the letter reads. “Despite significant recent progress, there are still no wind energy projects off our coasts. Your continued leadership is essential to prioritize the development of pollution-free offshore wind power so that America can begin reaping its significant environmental and economic benefits.”

Here are the four calls to action made by the Sierra Club, Union of Concerned Scientists and hundreds more:

“Hurricane Sandy was a tragic example of what climate change looks like. To avoid the worst impacts of global warming, we need to shift away from dirty energy that threatens our climate with carbon,” said Environment America’s Federal Global Warming Program director Julian Boggs.

“Harnessing the wind that blows off our shores will be essential in facing the climate crisis.”