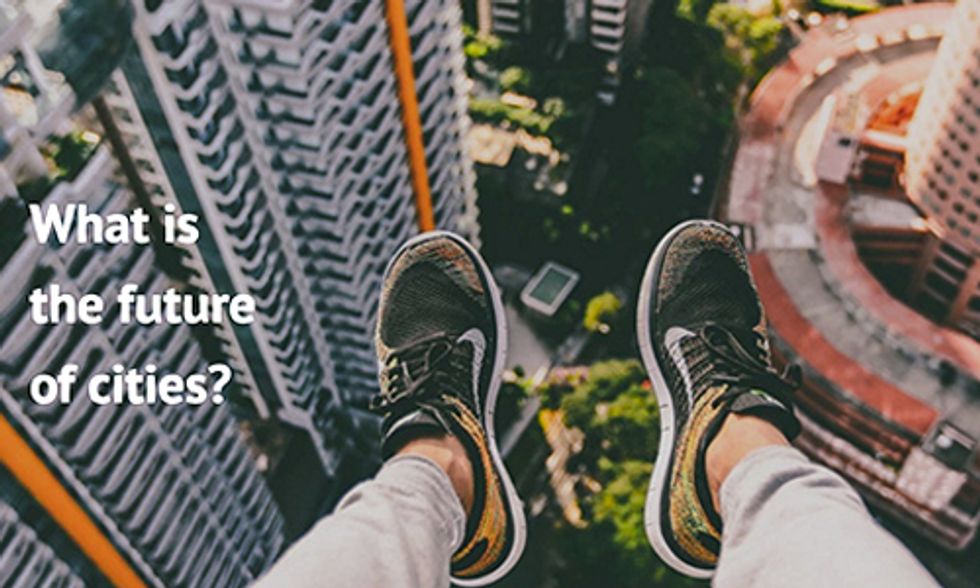 According to Can a City Be Sustainable?, the latest edition of State of the World, cities and their inhabitants are playing a lead role in achieving global climate action goals.

“The challenge over the next several decades is an enormous one," write Michael Renner and Tom Prugh, contributing authors and co-directors of the report. “This requires not change around the edges, but a fundamental restructuring of how cities operate, how much they consume in resources and how much waste they produce, what they look like and how they are structured."

Growing numbers of cities have pledged themselves to climate commitments and sustainability goals. The C40 Cities Climate Leadership Group has expanded to more than 80 cities. The Compact of Mayors, launched at the 2014 United Nations Climate Summit, is the largest coalition of city leaders addressing climate change. ICLEI–Local Governments for Sustainability works with more than 1,000 cities around the world.

Cities today host more than half of the Earth's human beings and represent about 70 percent of global energy consumption and greenhouse gas emissions. If trends continue, urban populations are expected to increase to 6 billion by 2045, at which point two-thirds of all people will live in urban environments. “If current trends in urbanization continue unabated, urban energy use will more than triple, compared to 2005 levels, by 2050," write Renner and Prugh.

It is no surprise that cities collectively account for a large share of greenhouse gas emissions, because they concentrate economic activity. But cities vary widely in their per capita emissions. Rotterdam in the Netherlands, for example, emits 29.8 tons of carbon dioxide-equivalent per capita where Paris emits just 5.2 per capita (2005). Many variables, such as climate, urban form and primary energy source, affect a city's level of emissions. Economic factors, such as the wealth and income of residents and the level and structure of economic activity, also play a major role.

“Only demand-side policies that succeed in sharply reducing energy consumption in transport, buildings, waste handling and agriculture can address the urgent need to decarbonize energy," write Renner and Prugh. “It is cities that must step up to the front lines of that battle."

In conjunction with policy changes, cities' success will depend on having both comprehensive data and financial support. Current protocols, such as one developed by the World Resources Institute, C40 Cities and ICLEI, can be used to measure or estimate greenhouse gas emissions in cities worldwide. Financing urban sustainability may be easier in some cities than in others. Among the C40 cities, only three-quarters have budgetary control over property or municipal taxes. In poorer cities, multilateral development banks and a variety of donors may play an important role.

Gaelle Gourmelon is the communications director at the Worldwatch Institute. She has a background in biology and environmental health and focuses on how we can use social institutions and the planet's resources more effectively.

100 Solutions to the World's Most Pressing Challenges