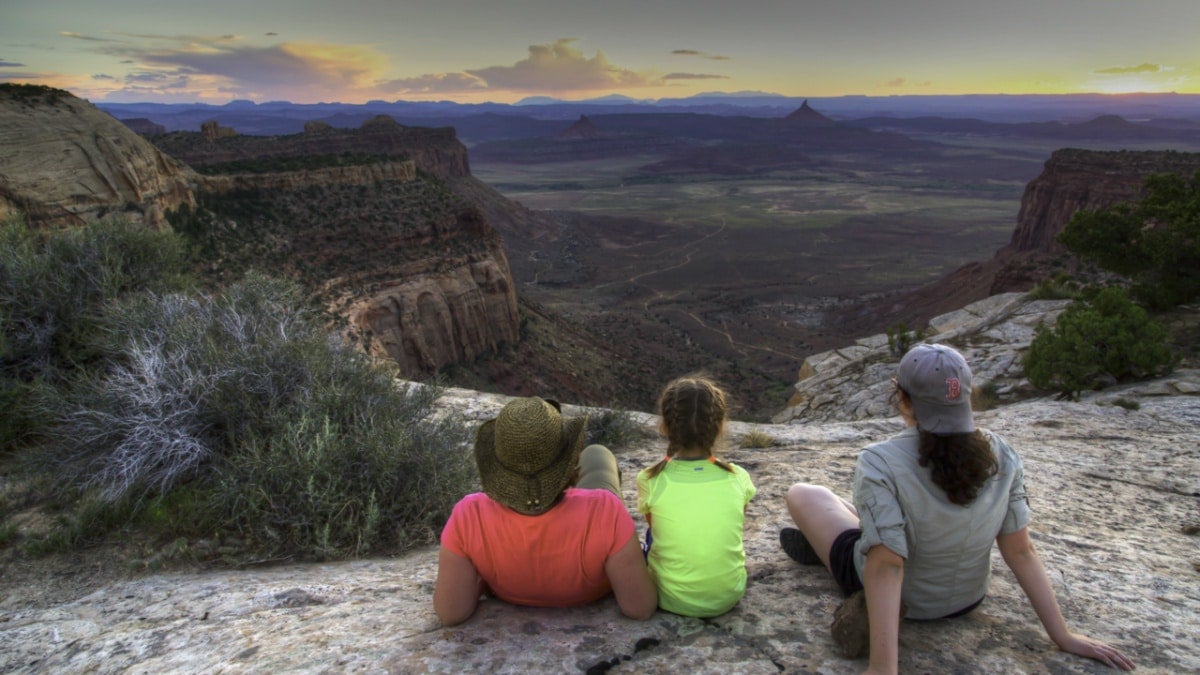 The 1.35 million-acre Bears Ears National Monument in southeastern Utah protects one of most significant cultural landscapes in the U.S. Bob Wick, BLM / Flickr / CC by 2.0

Presidential elections are anxious times for federal land agencies and the people they serve. The Bureau of Land Management, National Park Service, U.S. Fish and Wildlife Service and U.S. Forest Service manage more than a quarter of the nation’s land, which means that a new president can literally reshape the American landscape.

Federal influence is particularly significant in the Western U.S. Across the 11 states from the Rocky Mountains to the Pacific Coast, the federal government owns more than 45% of all land. In Alaska it owns over 60%.

Voters have a striking choice this year. President Donald Trump entered office committed to the “deconstruction of the administrative state.” His administration raced to reduce environmental planning and regulations and expand private development in pursuit of “energy dominance.”

The U.S. government controls many types of protected land and subsurface minerals such as oil and gas, mainly in Western states. BLM/Wikipedia

How would each candidate fulfill these promises? As I explain in my new book, “This Land Is My Land: Rebellion in the West,” public lands are a microcosm of today’s polarized American politics.

On the right, mainstream conservatives and industrial corporations want reduced regulation and increased resource development, while a more militantly anti-federal element of the Republican Party demands an end to public land ownership altogether. On the left, mainstream Democrats want carefully regulated land management with increased margins of environmental protection, but a vocal progressive wing is demanding that the federal government keep its fossil fuels in the ground. These tensions raise questions about how far each candidate would go.

The Trump administration is expected on Friday to finalize its plan to open about 9 million acres of Alaska’s Tongass National Forest to logging and road construction. https://t.co/EJxSQbV4QV

Since Ronald Reagan ran 40 years ago as a self-proclaimed “sagebrush rebel” who supported turning control of public lands back to Western states, Republicans have coalesced around a set of common public land priorities. They include reducing federal regulation, limiting the scope of environmental reviews and increasing natural resource development.

The Trump administration has championed these priorities through actions that include shrinking several national monuments to expand oil leasing; preparing to open the Arctic National Wildlife Refuge for oil production; and narrowing environmental reviews of major federal actions. The full impact of these actions is hard to assess, since many face challenges in court, where the administration has fared poorly. But their theme is clear: Public lands are open for business.

As part of this effort, the Trump administration moved the Bureau of Land Management’s headquarters from Washington, D.C., to Grand Junction, Colorado. The agency has struggled to staff the new building, which it shares with several oil and gas companies.

A vocal element of the Republican Party challenges the federal government’s authority to own and manage public lands at all. Some advocates have engaged in armed confrontations with federal authorities. Several Western states have enacted legislation over the past decade demanding that the federal government transfer ownership of public lands and mineral rights to them.

President Trump has catered to this extreme wing while stopping short of meeting its explicit demands. He signaled support by appointing conservative activist William Perry Pendley as the Bureau of Land Management’s functional acting director in July 2019 – a step that a federal court in Montana recently ruled was illegal because it bypassed a confirmation hearing. Pendley was known for staunch opposition to public land ownership and years of litigation over public land management.

The president also has pardoned controversial figures who are embraced by opponents of public land authority, including former Arizona Sheriff Joe Arpaio and two Oregon ranchers convicted of arson on federal property.

Despite his administration’s losses in court, I expect that if President Trump is reelected he will continue down this path of deregulation, resource development and deference to conservative Western interests, with occasional gestures of support to more radical conservatives.

But a Biden administration would face tensions within the Democratic Party as well. Progressives are calling for more dramatic action to slow climate change, including bans on hydraulic fracturing for oil and gas production and on new oil, gas and coal leases on public lands. Biden has signaled strong support for this agenda, but insists that hydraulic fracturing and fossil fuel development will continue on existing leases.

A Biden administration, then, would likely seek to restore President Obama’s public lands legacy and push beyond it with tighter limits on fossil fuel production.

Everybody Loves the Outdoors

These sharply different visions can obscure the fact that there is substantial commitment to public lands, especially as places for hunting, fishing, camping and other recreational uses. This consensus was evident when Congress passed the Great American Outdoors Act of 2020 in July with strong bipartisan support. With an eye on election polls, President Trump bragged that signing the bill made him the greatest environmental president since George Washington.

As I see it, this bill was popular because it did not address controversial questions like regulation or energy development. Instead it provided billions of dollars for maintaining roads, trails, visitor centers and other public land infrastructure. It also guaranteed permanent funding for the Land and Water Conservation Fund, which uses money from federal fossil fuel royalties to protect valuable lands and waters from development.

That pairing suggests that public land ownership and fossil fuel development will both be part of the next administration. But the election will determine how these resources will be managed, and who will have the most influence over this process.

Disclosure statement: James R. Skillen is a member of the Public Lands Foundation.