The Next Election Is About the Next 10,000 Years 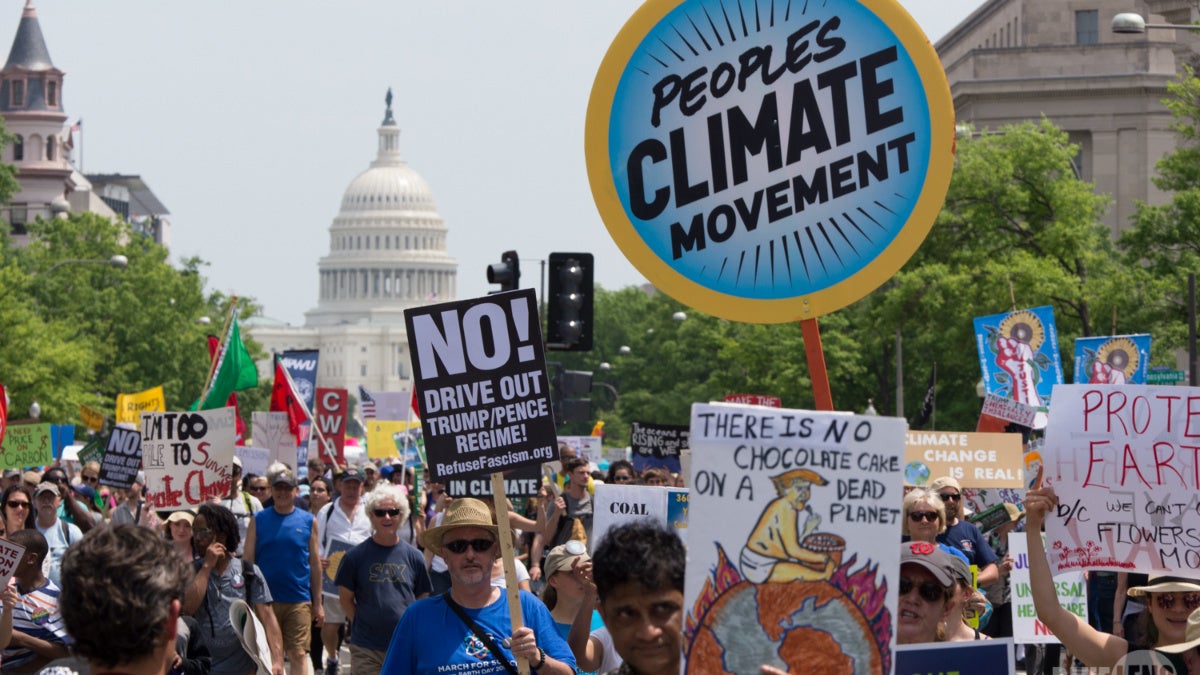 The upcoming election looks to be an apocalyptic turning point for our democracy—and our planet. In Turnout! Mobilizing Voters in an Emergency, political visionaries and movement leaders such as Bill McKibben define the urgency of this moment and provide a manual for turning out voters in an age of extreme inequality, climate change, and pandemic.

It is a cliché at this point to describe an election as “the most important of our lifetimes.” Every election is key—they’re how we take stock of where we are as a nation. They’re part of a chain stretching into the past and into the future.

But if you wanted to make the argument—and I do—that this year actually is special, the climate crisis might be as good a place as any to start. And that’s because it comes with a feature that most political issues don’t: a deadline. In October 2018, the world’s climate scientists issued a special report, assessing our chances of meeting the targets set at the global climate talks in Paris a few years before. Those targets were modest—they called for attempting to hold the planet’s temperature increase to 1.5 degrees Celsius. Since we’ve already raised the temperature 1 degree, and that’s been enough to melt half the summer sea ice in the Arctic, kill off vast swaths of coral reef, and set big patches of the Earth on fire, it’s not like the Paris targets are desirable. (Desirable was the world many of us were born onto.) They’re crucial. And if we hope to meet them, the scientists were quite explicit: We have to fundamentally transform our energy systems by 2030. They helpfully defined that fundamental transformation: We need to cut our carbon emissions in half. In 10 years.

Anyone who has ever spent time around governments knows that speed is not one of their hallmarks. If we have any hope of meeting that target set for a decade out, we need to be hard at work just about … now. If another four years of inaction passes, the chance is over, and with it the planet as we’ve known it.

The past four years, of course, have been more than a time of annoying stasis—it’s been a period of active regression. The Trump administration has tried, with a good deal of success, to undercut every environmental law on the books, paying particular attention to climate change. A rogue’s gallery of coal lobbyists and oil executives have taken the top jobs in the environmental and energy bureaucracies and used the posts to give their industries free rein across the landscape. Where the Obama administration had scored modest successes—ratcheting up the gas mileage for cars, for instance—they’ve sprinted in the opposite direction.

Above all, of course, they’ve removed America from those Paris climate accords, in an act of breathtaking vandalism. It took decades for the international community to reach those agreements, and now the country that has poured the most carbon into the atmosphere is also the only country not engaged in the only global effort to do something about it.

It’s not that the Paris accords were so amazing—even the people negotiating them acknowledged at their signing in 2015 that they fell short of the task. Even if all the countries on Earth kept their pledges, the mercury would still rise nearly 3 degrees Celsius. But the calculation was that perhaps once countries began implementing renewable energy on a large scale, they’d find it cheaper and easier than they reckoned, and a virtuous spiral would ensue, allowing much faster progress. At first, it seemed to be working—throughout the past decade the world’s engineers kept dropping the price of sun and wind, and the pace of installations started to quicken. But then appeared Trump, who labeled global warming a hoax manufactured by the Chinese and who believed that wind turbines caused cancer. It was as if the road along which we were supposed to be accelerating was suddenly filled with potholes; momentum slowed, not just here but in much of the rest of the world. (The appearance of Trump-like figures in other countries didn’t help—Brazil’s Bolsonaro, for instance, started opening up the Amazon to intense exploitation, an act as reckless as opening a new fleet of gas-fired power plants.) Having lost three decades to the oil industry’s campaign of disinformation, we were now losing time again.

And time, as I have indicated, is the most precious asset here. Most of our problems linger—my entire adult life we’ve been engaged in the fight to try to provide medical care to Americans. It’s infuriating that we haven’t done it yet; Trump’s efforts to cut back access will, of course, kill many and bankrupt more. But at least they won’t make it harder to solve the problem once we finally decide to—the day will come when some president is able to make our country match every other industrialized nation, and the preceding decades will not have made it harder. The climate crisis isn’t like that—as a team of scientists reported in November, we’re about to cross a whole series of tipping points, ranging from destabilizing Antarctic ice sheets to slowing down vast ocean currents. These are not reversible; no one has a plan for refreezing the poles.

Every election that passes, we lose leverage—this time around our last chance at limiting the temperature rise to anything like 1.5 degrees would slip through our fingers. Which is why we need to register and vote as never before. It’s also, of course, why we need to do more than that: many of us are also hard at work this year taking on the big banks that fund the fossil fuel industry, trying to pull the financial lever as well as the political one. And even within the world of politics, we need to do much more than vote: no matter who wins, Nov. 4 and 5 and 6 are as important as Nov. 3; we have to push, and prod, and open up space for the people we work to install in office.

BILL MCKIBBEN is the Schumann Distinguished Scholar in Environmental Studies at Middlebury College, the founder of 350.org, and the winner of the 2014 Right Livelihood Award. He is a YES! contributing editor.