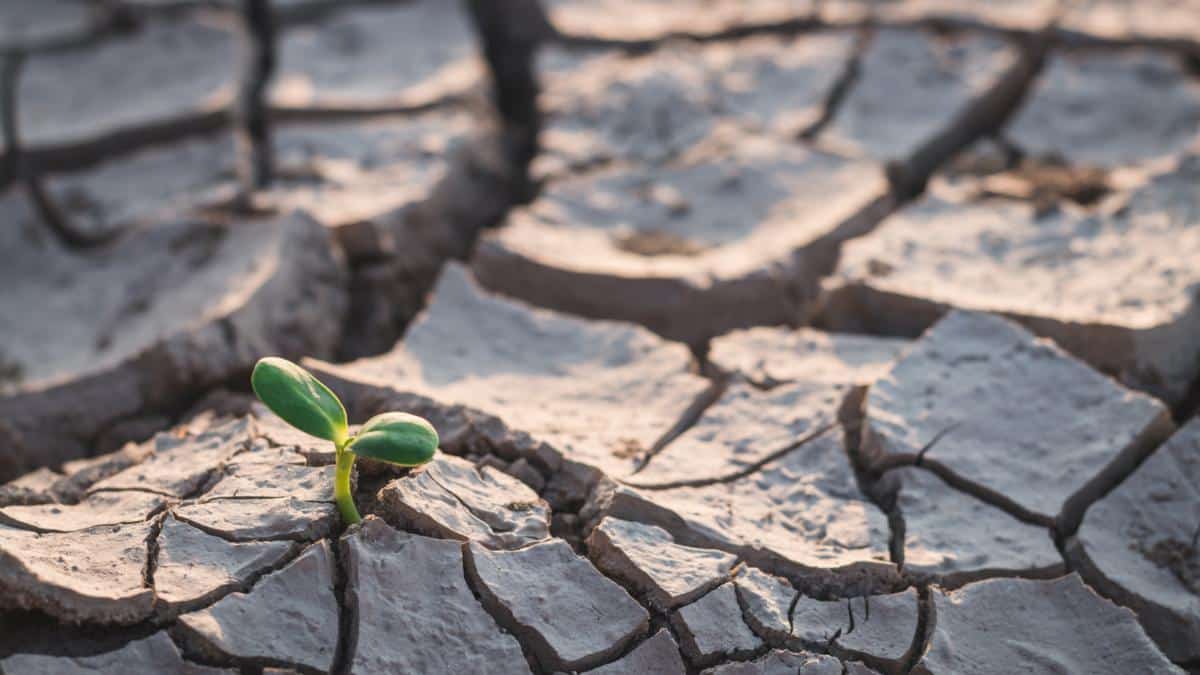 There are signs of climate action hope for 2021. R_Tee / Getty Images

In early January of this year, fresh off the experience of writing a year-end blog post for 2019, I started a project that I thought would make writing this year’s year-end post easier. I created a little 2020 calendar on which I planned to record the one big thing that happened in the climate change space each day. In my mind I called it “The Daily Big Deal,” and I could envision myself sitting here, as I am, on December 17, reviewing the year’s climate-related events and deftly knitting them together in the blog post equivalent of a beautiful scarf made of reclaimed yarn. Or an ugly sweater. Or whatever.

You can see where this is going, of course. The calendar has exactly 17 entries, almost all of them before mid-March, when the U.S. shut down amidst the COVID-19 pandemic and 2020 began its seemingly never-ending nosedive. The story of 2020 will forever be one of the COVID-19 pandemic: a story of the lives lost, the heroic commitments of medical professionals, essential workers, and vaccine researchers, the deep crises of unemployment and hunger, the months of isolation from friends and family, the loss of normalcy, the failure of our federal government to stanch the spread of this deadly virus.

Despite my abandoned efforts to chronicle it, though, climate change was also deeply woven into the story of 2020. As we close out this year, these are the five climate lessons I’ll be taking with me into 2021.

1. Climate change is showing up in our daily lives whether we recognize it or not

Climate change was on full display this year as a parade of extreme events marched its way around the globe. In what was a record-breaking wildfire year across the western U.S., over 4.2 million acres of California’s land burned—an area larger than the state of Connecticut and more than burned during the entire decade of the 1990s. As dire as California’s fires were, consider this: The year began with wildfires in Australia that burned 10 times more land than that (about 46 million acres in all). Combined with a record-breaking Atlantic hurricane season with multiple direct hits to Louisiana and Nicaragua, flooding in the U.S. Midwest, heat waves in the UK associated with more than 2,500 excess deaths, locust swarms in East Africa, devastating back-to-back typhoons in the Philippines, and countless other climate-related events, it’s clear that climate change was staring us in the face—or more like screaming at us—all year long.

But climate change isn’t just here in the form of these extreme events. It’s here in the winter coats cast aside for a few days in the Northeast in January, when places like Pittsburgh hit 70°F. It’s here in the strange, early blooms of confused spring flowers. And it’s here in the lack of summertime fog in my notoriously/gloriously foggy neighborhood.

Indeed, one of the year’s most chilling and powerful new studies concluded that from 2012 onward, the fingerprints of climate change can be detected from any single day in the global record. Whether it is glaringly obvious or not on any given day, climate change is already shaping our everyday lives in ways big and small.

2. When it comes to cascading risks, we need to be thinking much more broadly

Against the backdrop of the pandemic, this year’s climate extremes exposed the many ways in which climate change intersects with civil unrest, water quality, financial insecurity, racial inequities in access to health care and secure housing, and countless other issues that might otherwise be perceived as being wholly unrelated.

Like pandemic preparedness, effective climate adaptation and planning will require us to think much more broadly about what climate change means than we have before.

For example, we have long recognized the interconnectedness of extreme weather and our energy systems—thousands if not millions of people lose power every year during snowstorms, hurricanes, thunderstorms, and the like. But when we look at what happened when Hurricane Laura hit Lake Charles, Louisiana, this summer, we can see that the cascading risks of climate-change-driven extreme weather extend far beyond the reach of our electricity system.

In the aftermath of Laura, hundreds of thousands of people were without power and water for days while a severe heat wave rode in on the storm’s heels. Lake Charles’ residents—about half of whom are Black and about 20 percent of whom live below the poverty line—had to somehow try to rebuild their homes and lives; keep themselves safe from the heat despite not being able to run their air conditioners or fans; and avoid contracting COVID-19 despite being unable to wash their hands. Add to that the financial insecurity many were experiencing after having been laid off during the pandemic shutdown, and we can see that the impacts of climate change reach deeply into so many different systems.

The pandemic has touched all of our lives this year, but has taken a particularly devastating toll on Black, Hispanic, and Indigenous communities. In just one example, as of June, nearly one in three Black Americans personally knew someone who had died from COVID-19 compared with roughly one in 10 white Americans.

The disproportionate impacts of COVID-19 on communities of color are a crystal-clear manifestation of the deep racial inequities that have built up over centuries of systemic racism in the U.S. Millions of people around the world rose up this summer to protest another manifestation of those inequities: the killings of George Floyd, Breonna Taylor, and countless other Black people by the police.

The disproportionate impacts of climate change are yet another injustice that racism inflicts on communities of color. My colleagues and I have written extensively about these issues recently, and, personally, I’m closing this year out with a deeper understanding of the fact that we cannot and will not be able to address challenges like climate change and COVID-19 without addressing the systemic racism that results in the disproportionate suffering of Black and brown people.

4. When it comes to emissions reductions, we need profound change, but not the kind of devastating change we experienced this year

This year we expect that carbon dioxide emissions—the primary contributor to human-caused climate change–will have dropped by about 7 percent globally and about 11 percent in the U.S., primarily as a result of the widespread economic and emotional pain caused by the pandemic. This is not the kind of transformative change, driven by deep and sustained policies, that we need to meet our climate goals—and it is likely to be short-lived.

Studies show that we’ll need to accomplish decreases of roughly that same magnitude every year for the next 10 years to be on track to limit future warming to 1.5-2°C, and we’ll have to do so in ways that encourage economic stability, improve the quality of life for people around the globe, reduce—rather than exacerbate—racial inequities, and ensure a just transition to safe, well-paying jobs for those whose livelihoods have been entwined with the production of fossil fuels.

It’s a task that looks more and more daunting by the day, particularly because emissions are on track to increase by 2 percent per year globally between now and 2030 if we continue on a business-as-usual path.

But there are multiple technically feasible pathways to get to net-zero emissions by 2050, with steep near-term reductions in emissions. And economic recovery packages that invest in clean energy rather than continuing to prop up the loathsome fossil fuel industry (as they have thus far) could put us on a path toward accomplishing near- and long-term emissions reductions. 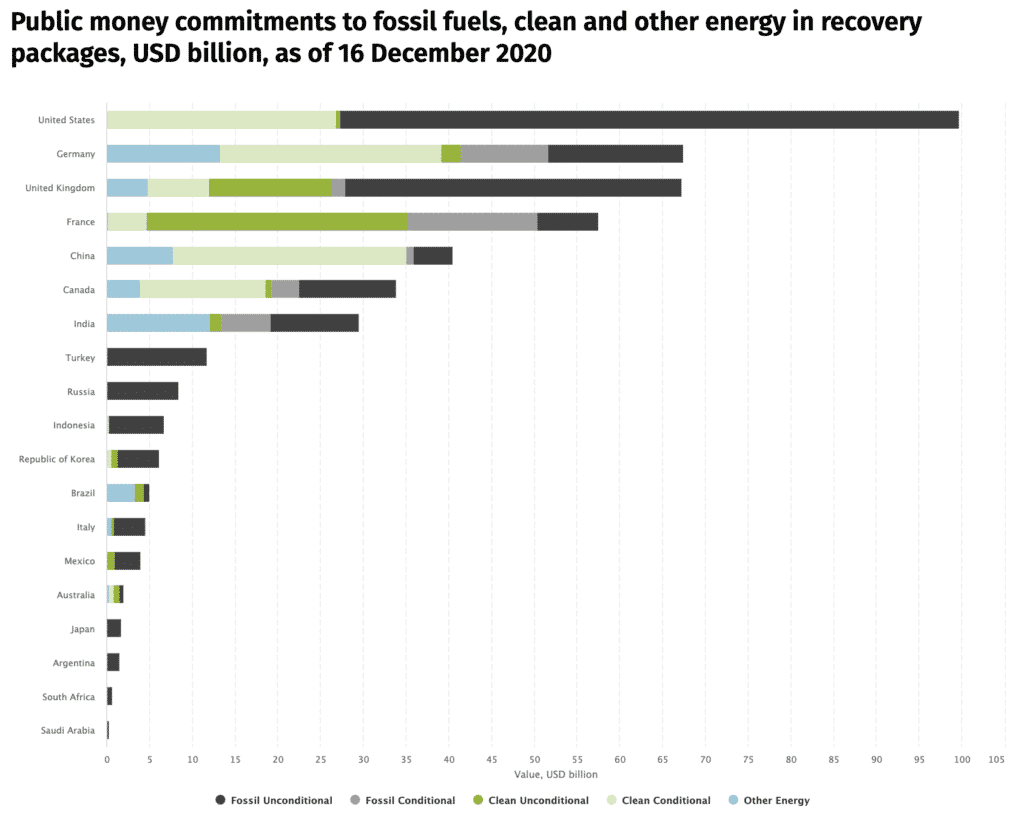 Financial commitments to the fossil fuel industry have far outpaced commitments to clean energy in G20 countries since the onset of the COVID-19 pandemic.

5. In the U.S. and around the world there is cause for hope

The country then went on to elect a president and vice president who understand the science behind climate change and embrace the need for rapid, transformative climate action. President-elect Biden has affirmed his commitment to climate action in announcing an exciting slate of nominees and appointees who have long focused on issues of climate change and justice, including Deb Haaland, John Kerry, Gina McCarthy, and Mike Regan.

On the international front, China’s pledge to achieve net-zero emissions by 2060 along with signals of similarly ambitions pledges from the EU, UK, Japan, and South Korea all serve as challenges for other countries—particularly developed countries like the U.S.—to commit to aggressive emissions reduction plans.

While we can’t erase the past years and decades of climate inaction, all of these are signs that we may begin to right our path in earnest in 2021.

I think I can speak for many in the climate community when I say that the last four years have been grueling. Many of the drastic climate impacts we’ve long been warning about are coming to pass sooner than we had expected yet we’ve had to continue to fight for the issue of climate change to be named and recognized at all by our federal government. But there’s been a heartening crescendo of calls over the last few years for intersectional solutions to climate change, and the incoming Biden Administration seems to be hearing those calls. There is a tremendous amount of work ahead of us as individuals, as a nation, and as a global society. But for the first time in years, I find myself hopeful that we’ll start to see more meaningful progress on climate action in 2021.