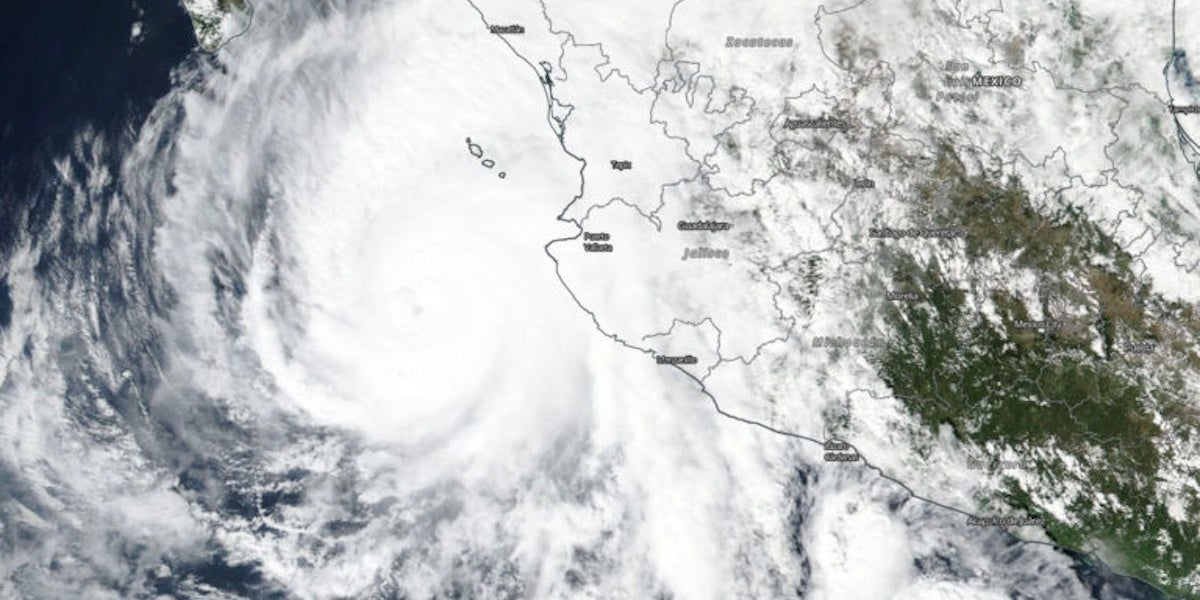 This
hurricane season is the busiest we’ve ever seen—and we still have more than a month to go before it’s over.

If you combine all the hurricanes and tropical storms that formed in both the Atlantic and eastern Pacific
oceans this year, the 2018 hurricane season is the most active in recorded history, USA TODAY reported, citing Colorado State University meteorologist Phil Klotzbach.

To measure the activity of a hurricane season, meteorologists use the Accumulated Cyclone Energy (ACE) index which takes into account the combined number, strength and duration of tropical cyclones that formed. The average ACE for the Atlantic and eastern Pacific seasons together is 221 units of energy.

But this year? The combined Atlantic/Pacific ACE is 432, breaking the previous record of 371 set in 1992, according to Klotzbach.

The 2018 Northeast Pacific (to 180°) #hurricane season has now set the record for most seasonal Accumulated Cyclone Energy for the NE Pacific basin – breaking the old record set in 1992. #Vicente #Willa pic.twitter.com/nWwVLT5ibU

This year’s major storms included
Florence and Michael in the Atlantic, as well as Lane, Rosa, Sergio and Willa in the Pacific. Hurricane season ends on Nov. 30.

It’s been such an active season in the Pacific that we’re even starting to run out of names. After Willa became the 23rd named storm, we only have three more names on the list—Xavier, Yolanda and Zeke—before we have to switch to letters of the Greek alphabet to name storms.

In the Atlantic, storm names only go to the letter “W” before reverting to Greek letters. The only time we had to do that was in 2005,
NBC’s Texas-based DFW noted. After Wilma, we named six more storms: Alpha, Beta, Gamma, Delta, Epsilon and Zeta.

What’s more, Klotzbach said we’ve had more major hurricane days this year than ever before in the Pacific.

“The 2018 Northeast Pacific (to 180°) #hurricane season has generated a whopping 34.5 major (Category 3+) hurricane days to date—shattering the old seasonal record of 24 major hurricane days set in 2015,” he tweeted on Tuesday.

The record hurricane season is driven by warmer-than-average ocean surface temperatures. They were warmer because of human-driven climate change.

“There is a pretty strong consensus [among scientists] that the frequency of the high category events like [Hurricane Michael,] in most parts of the world, should go up as a result of climate warming,” Massachusetts Institute of Technology atmospheric science professor Kerry A. Emanuel told CNN.