Report: Most Coastal States Are Poorly Equipped to Respond to Rising Seas and Extreme Weather 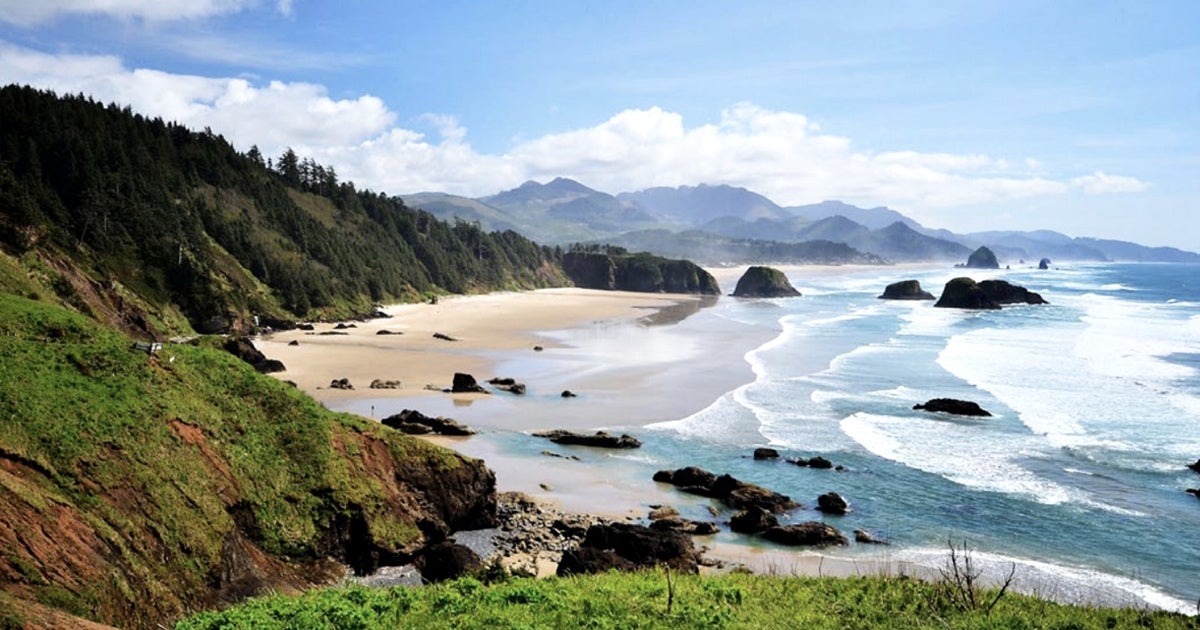 The Surfrider Foundation released the 2017 State of the Beach Report Card, which evaluates U.S. states and territories on their policies to protect our nation’s beaches from coastal erosion, haphazard development and sea level rise. The results reveal that 22 out of 30 states, and the territory of Puerto Rico, are performing at adequate to poor levels, with the lowest grades located in regions that are most heavily impacted by extreme weather events. Surfrider’s report card clearly denotes that not only do the majority of states need to make improvements, but they also require continued support at the federal level for the Coastal Zone Management Act and funding for agencies such as the National Oceanic and Atmospheric Administration (NOAA), to protect our coastlines for the future.

About 40 percent of our nation resides along America’s unique coastlines. Healthy beaches fuel coastal tourism and recreation economies that are worth more than $100 billion and provide 2.15 million jobs nationwide. However, beaches are disappearing at an alarming rate, due to both natural processes and human intervention. Coastal erosion causes approximately $500 million in coastal property loss annually in the U.S., including damage to structures and loss of land. To mitigate erosion impacts, the federal government spends an average of $150 million every year on beach replenishment and other shoreline erosion control measures. In addition, scientists predict that sea levels could potentially increase up to six feet by 2100, which would impact coastal economies, public access, recreation and healthy ecosystems. 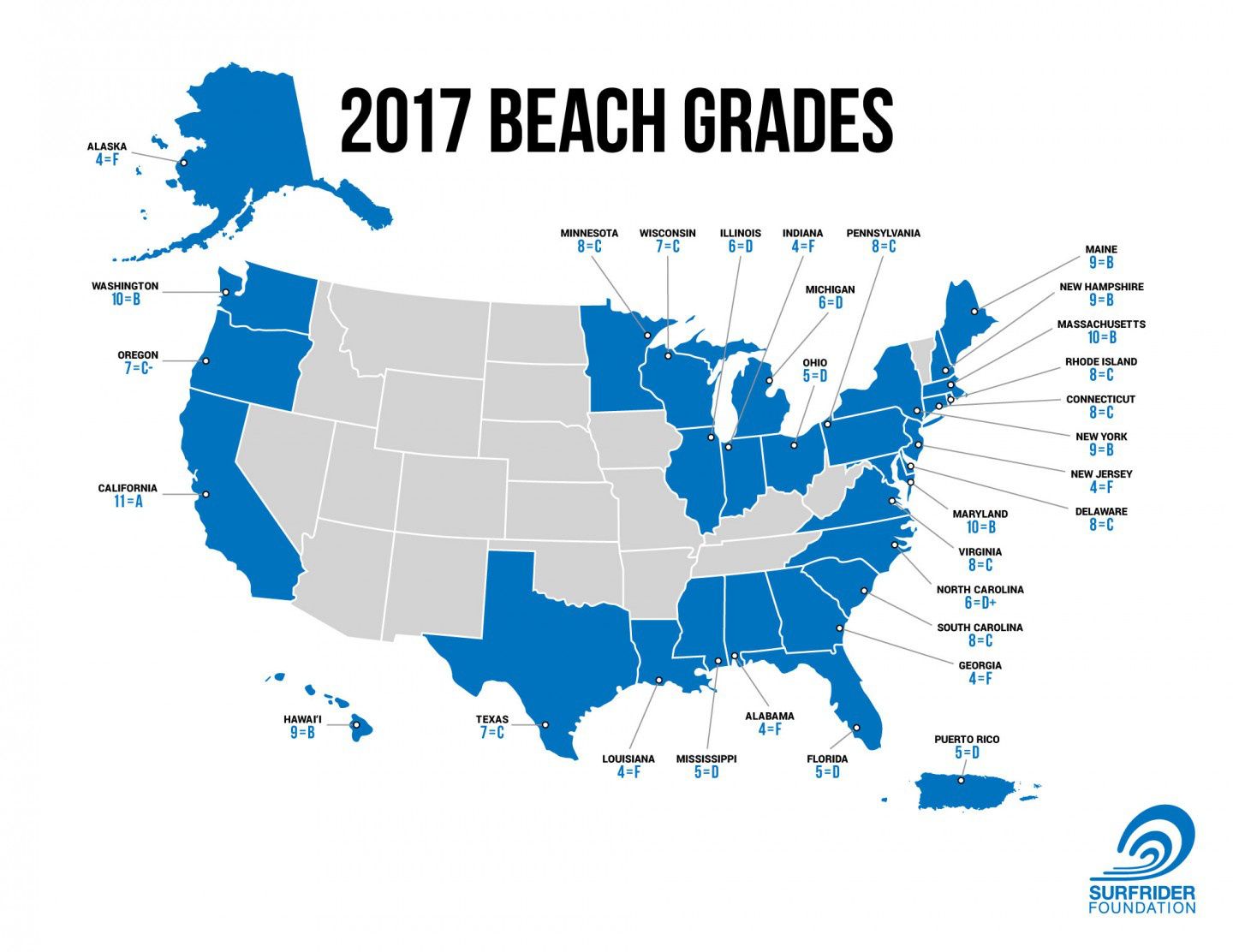 In response, Surfrider has produced the State of the Beach Report Card to serve as a tool to empower concerned citizens to work with coastal municipalities and ensure that their local communities actively protect coastal resources. The report is also intended to provide a basis for decision-makers and agencies to form proactive, long-term solutions for increased coastal protection for the future. 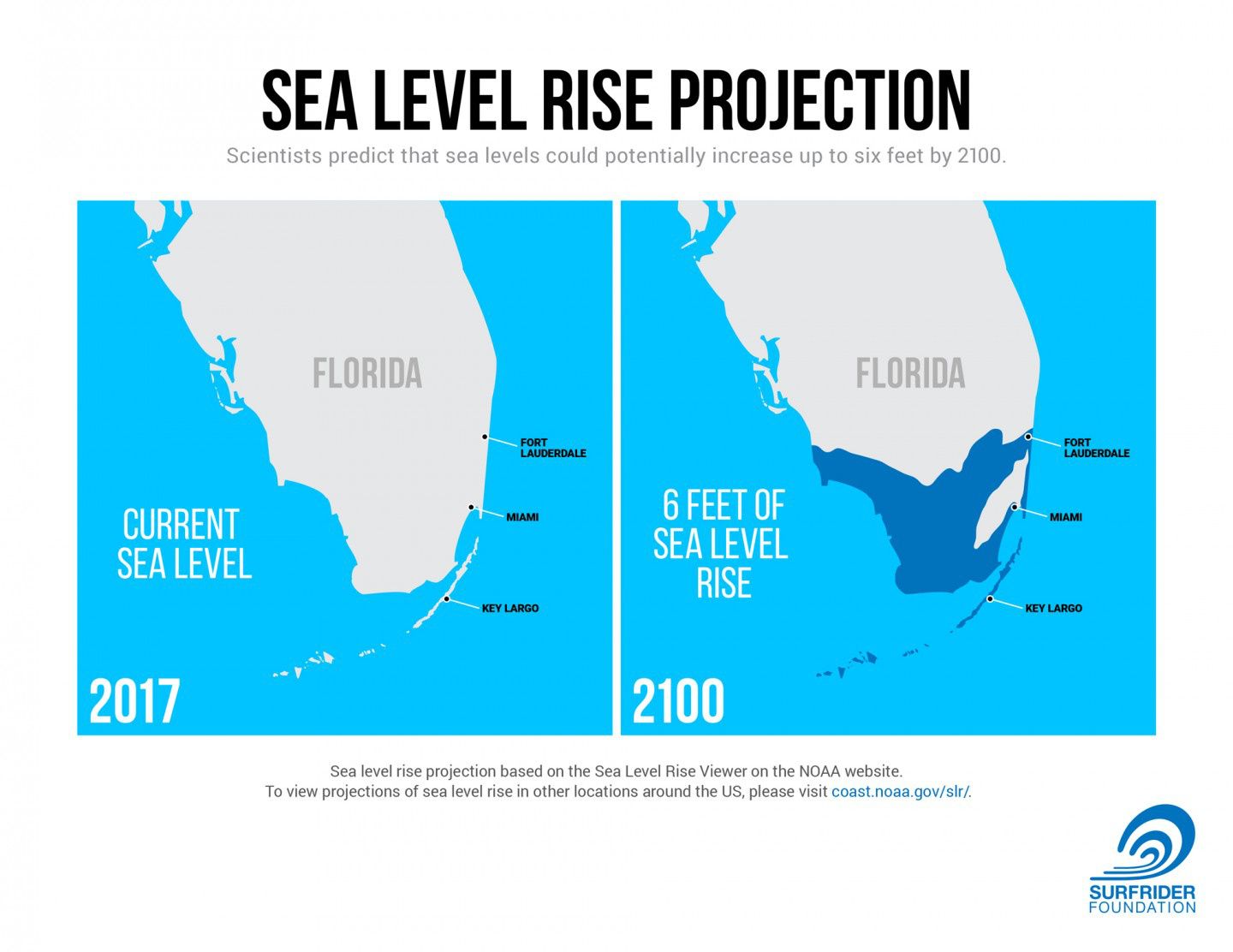 As a result of the assessments and recommendations provided by Surfrider’s State of the Beach Report Card, it is our responsibility to work together to drive awareness of the increasing challenges facing our nation’s coasts and improve local, state and federal government responses to erosion and sea level rise, to protect our ocean, waves and beaches for the future.