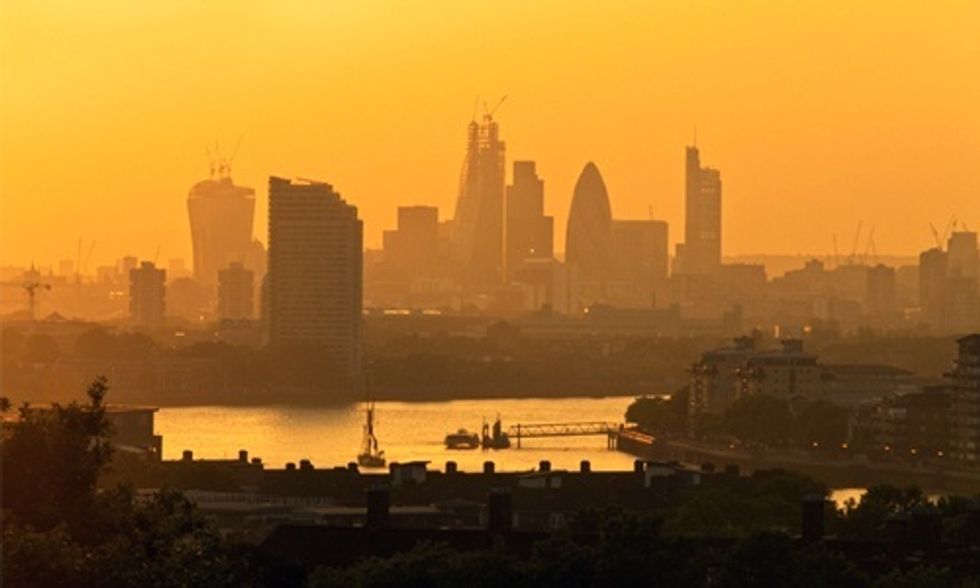 So you thought December was unusually warm? Well, ditch that sweater because 2016 is forecasted to be the hottest year ever recorded.

2016 is forecast to be the hottest year ever recorded. Photo credit: David Mills / Flickr

There is just a 5 percent chance that 2016 will be below the 2015 global average temperature, the Met Office said.

“2015 is on track to be the warmest year on record and this forecast suggests 2016 is likely to be at least as warm, if not warmer," Professor Chris Folland, Met Office research fellow, said.

As the Met Office explained, human-induced climate change and a “smaller effect” from El Niño caused by unusually warm waters in the tropical Pacific Ocean are the main drivers within its forecast.

“The Met Office’s 2016 forecast is certainly dramatic and, if realized, would be towards the upper end of the range predicted by the Intergovernmental Panel on Climate Change in their most recent assessment report,” Ed Hawkins, an associate professor at the University of Reading, told Carbon Brief.

Three Years in a Row

This year has already surpassed 2014 as the hottest year on record. With this new 2016 forecast, that potentially makes three consecutive years where the global average temperature rises.

“This forecast suggests that by the end of 2016 we will have seen three record or near-record, years in a row for global temperatures,” Professor Adam Scaife, head of long-range prediction at the Met Office, said.

And as the Met Office press statement reads: “The Met Office doesn't expect this run of back-to-back records continue indefinitely, but the current situation shows how global warming can combine with smaller, natural fluctuations to push our climate to levels of warmth which are unprecedented in the data records.”

This forecast came just days after 195 nations agreed a historic deal to tackle climate change at the UN Paris climate summit, COP21. There, they agreed to keep the world’s temperature rise under 2 C, with the aim to minimize it to 1.5 C.

However, as the Met Office forecast shows, the global average temperature in 2016 is expected to be 1.14 C above pre-industrial temperatures. And in 2015 the world already surpassed the critical 1 C threshold.

All of this demonstrates just how challenging it will be to meet the ambitious 1.5 C target agreed in Paris. Perhaps some stronger New Year’s resolutions are needed to build upon the Paris Agreement.