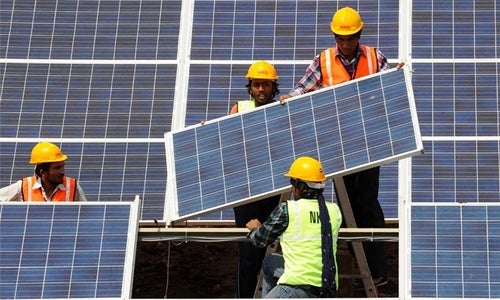 A record $367 billion was invested in renewable energy around the world last year, according to a new report published today by Clean Energy Canada.

That’s more than a third of a trillion dollars (USD) and a 7 percent increase on 2014. 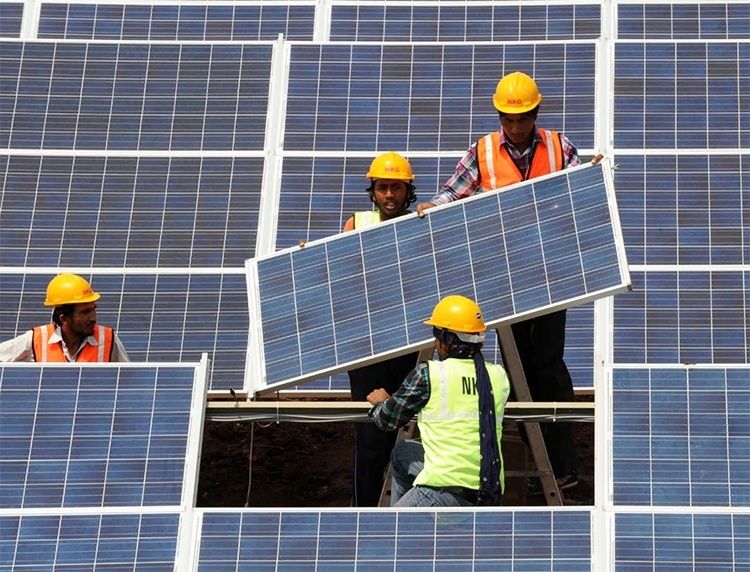 Whereas the oil price crash had everyone expecting renewable energy projects to stumble last year, this latest analysis shows that the sector actually boomed. 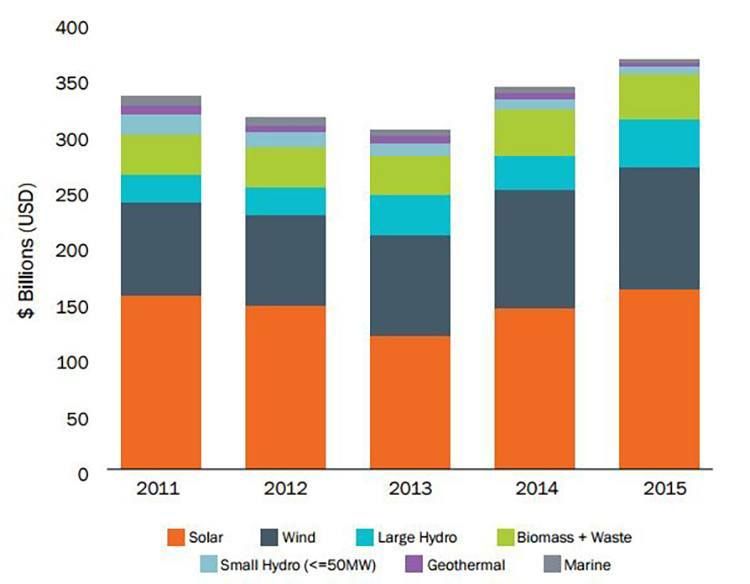 Global renewables investment since 2011—let’s not talk about 2013. 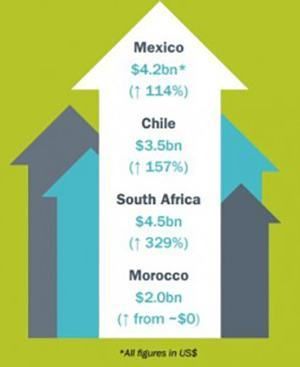 Renewables spending has really kicked off in emerging economies.

Renewables investment was up 24 percent from 2014 in the UK and 23 percent in India, although it fell by an embarrassing 46 percent in Canada. Which somehow didn’t affect Canada’s global ranking—it’s still number eight.

And 2015 was the first time that more money was invested in clean energy in developing countries ($167bn) than developed countries ($162bn).

The report calls 2015 a “breakout year” for the Middle East—especially for solar—and names Africa as another region to watch in the next few years.

These pretty impressive numbers (Canada aside) probably have something to do with the plummeting costs associated with renewable energy. The report finds that the unsubsidised cost of wind energy is down 61 percent since 2009 and utility-scale solar PV is down 82 percent.