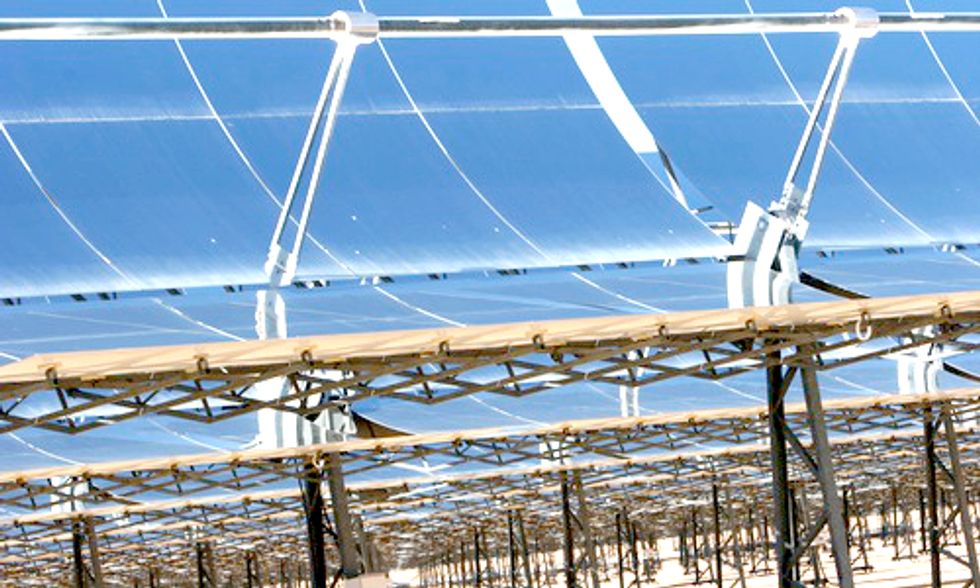 Renewable energy sources are still playing catch up when it comes to their percentage of the nation's installed electricity capacity, but 2013 was a crucial year for their rise.

Renewable energy—solar, wind, biomass, geothermal and hydropower—accounted for more than 37 percent of all new, domestic power generating capacity installed last year, according to the "Energy Infrastructure Update" report from the Federal Energy Regulatory Commission's Office of Energy Projects. That percentage represents a total of 5,279 megawatts (MW).

"Renewable energy sources are leaving coal, oil, and nuclear power in the dust as new sources of electrical generating capacity while challenging natural gas' current dominance," said Ken Bossong, executive director of the SUN DAY Campaign. "The growth of renewables is likely to accelerate as the costs for new solar and wind, in particular, continue to drop making them ever more competitive with fossil fuels and nuclear power."

Solar led the way for renewables in 2013 with 266 new projects that totaled 2,936 MW. The newly installed capacity being provided by the solar units is second only to that of natural gas.
Wind was next with 18 units for 1,129 MW. Biomass added 97 new units for 777 MW, while the water sector added 19 new units for 378 MW. Geothermal steam had four new units worth 59 MW.
Graphic credit: Federal Energy Regulatory Commission
For the two-year period from Jan. 1, 2012 to Dec. 31, 2013, renewable energy accounted for 20,809 MW—47.38 percent of all new generation capacity.
Renewables are now just shy of 16 percent of total installed U.S. operating generating capacity.