2013 Deadliest Year On Record for Manatees 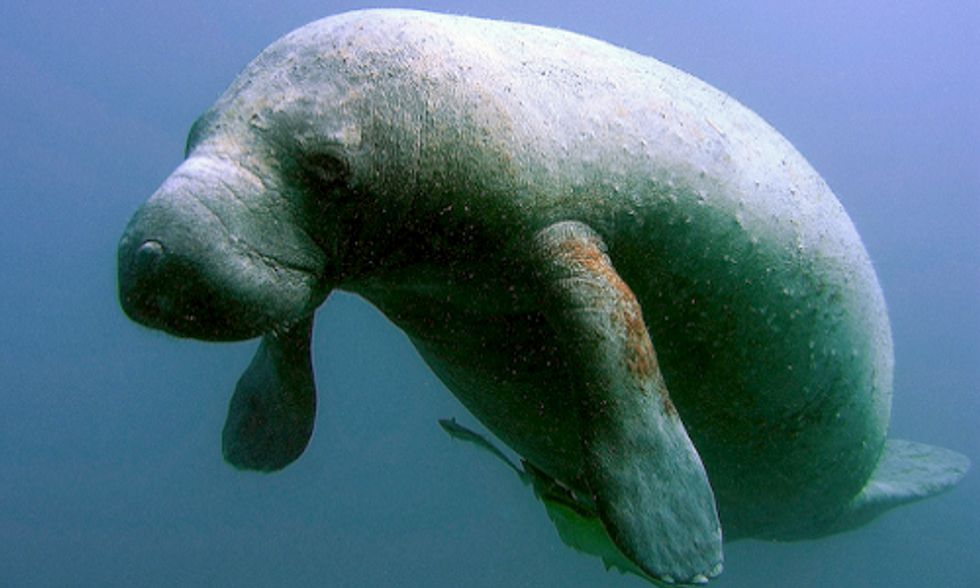 Reported deaths of Florida manatees during 2013 have reached a record high, more than doubling last year’s total, according to state figures posted today by Public Employees for Environmental Responsibility (PEER). A major factor driving this dramatic rise is the enormous toll from red tides, which accounted for a third of all the deaths and far more than in any year on record.

Preliminary figures from the Florida Fish & Wildlife Conservation Commission indicate that 829 manatee perished in 2013, with full results for December not yet tabulated. This total is more than double last year’s loss of 392 sea cows and eclipses the previous record of 766 back in 2010 when a severe cold spell caused mortality to spike. This week’s sudden cold snap could start 2014 with even more manatee deaths.

Altogether, the 2013 toll removes nearly 17 percent of the total manatee population. Distressingly, these losses include 126 calves. Manatees are classified as an endangered species under both federal and Florida law.

While algal blooms are a natural and seasonal occurrence, they are exacerbated by pollution, especially nutrient loading, such as from agricultural and human wastes. Coastal water pollution is on the increase in Florida which when combined with rising sea water temperatures create ideal conditions for red tides.

“This hike in manatee mortality seems to be the product of systemic environmental irresponsibility,” stated Florida PEER Director Jerry Phillips, a former water quality enforcement attorney for the state Department of Environmental Protection (DEP), pointing out that the state has been vigorously resisting tougher water pollution standards while eviscerating the DEP. “Basic permit regulation for waste-water discharges and enforcement against water pollution violations have completely broken down in the State of Florida.”

Manatees may not be the only marine wildlife bearing the brunt of diminished water quality. More than 115 manatees died this year from an as yet undiagnosed illness in Indian River Lagoon, a major manatee haven. The disease also appears to be killing dolphins, pelicans and other wildlife in the Atlantic-facing inlet.

“Manatees appear to be dying in a perfect storm of human neglect,” Phillips added, noting that boating-related manatee deaths actually fell in 2013. “If the quality of Florida’s coastal waters continues its downward spiral, there will not only be fewer manatees but a lot fewer tourists no matter how cold it gets up North.”