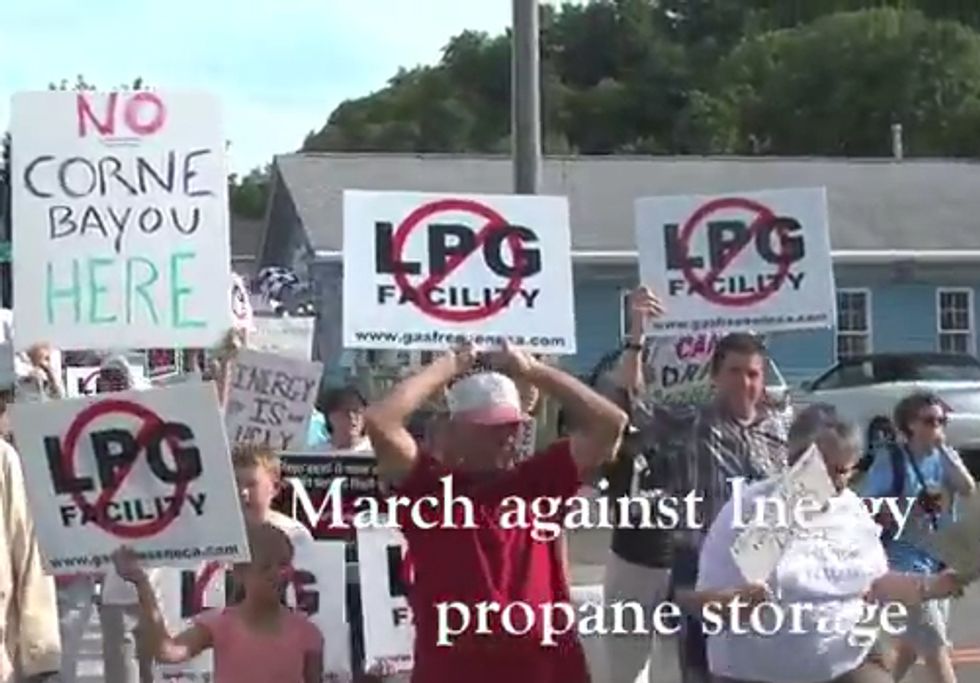 On Aug. 17, more than 200 people marched through the Village of Watkins Glen, NY, to protest the proposed LNG storage and transport facility in the Finger Lakes. Protestors gathered at Seneca Harbor Park, and after listening to several speakers, marched to Lafayette Park chanting "Gas No, Water Yes" and "Stand Up ... Get Organized, No LPG, No Compromise."

Sandra Steingraber, author and environmental activist, during her speech asked the crowd, "Will the number of jobs provided by Inergy exceed the number of people it's going to kill?"

For more than a year, local residents, business owners and tourists have expressed their opposition to the proposed liquefied natural gas (LNG) storage and transport facility being developed on the western shore of Seneca Lake, NY. Despite their efforts, the industrialization of the region by Kansas-city based Inergy moves boldly forward. The New York Department of Environmental Conservation's acceptance of the Environmental Impact Statement as final is imminent.

People within the region are growing increasingly frustrated after attending decision-making meetings, meeting with representatives, writing letters, holding forums, attending hearings and making phone calls in an effort to stop this project—seemingly to no avail.

Here's a video of the march: