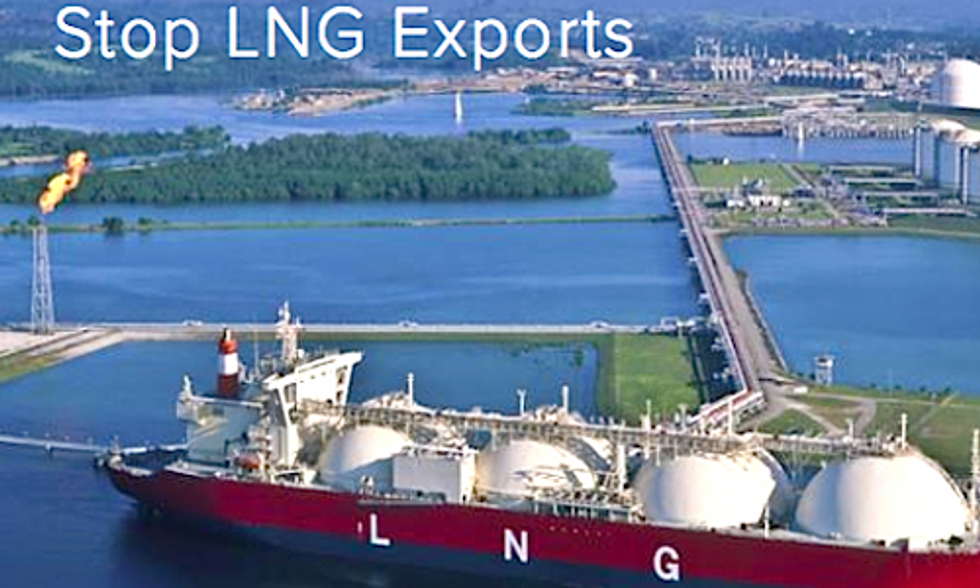 Following a push by the Obama Administration and House Speaker John Bohener to fast-track natural gas exports as leverage against Russia in the growing tensions between the nation and Ukraine, Americans Against Fracking and allied organizations today called on President Obama, Secretary of State John Kerry and the U.S. Congress to reject plans to export liquefied natural gas (LNG) overseas.

As exporting oil and gas overseas will accelerate fracking in the U.S., more than 200 organizations signed on to the letter, urging lawmakers to protect U.S. communities, their economies and their vital resources from fracking.

“ExxonMobil and other oil and gas giants should not be controlling our foreign policy,” said Food & Water Watch Executive Director Wenonah Hauter. “We cannot sacrifice communities here in the U.S. for illusory-short term foreign policy objectives. We strongly urge Congress and the Obama Administration to say ‘no’ to oil and gas exports.”

Exporting oil and gas overseas is expected to lead to an increase in natural gas prices for American consumers and will also accelerate the pace of drilling and fracking, according to analysis by Food & Water Watch. Moreover, building the infrastructure necessary to support natural gas drilling and exportation will require significant economic investment.

But U.S. supplies of tight oil are expected to last seven years, and that's only if the oil and gas industry is granted unfettered access to drill and frack. Food & Water Watch estimates that if U.S. consumption of natural gas stays constant at 2010 rates, U.S. supplies of the resource will only last about 22 years.

Fracking carries significant environmental, economic and public health effects. In addition to polluting water resources, the process also releases methane into the atmosphere. A potent greenhouse gas, methane is at least 25 times more efficient than carbon dioxide at trapping heat over a 100-year time frame, and causes between 79 to 105 times the climate forcing of carbon dioxide over a 20-year time frame. The National Oceanographic and Atmospheric Administration found that the rate of methane leakage in at least two active gas fields is much higher than the U.S. Greenhouse Gas Inventory’s current estimate.

“Accelerating fracking in order to ship oil and gas overseas will only exacerbate climate change,” said Jesse Bacon of Environmental Action. “Fossil fuels are a short-sited, polluting form of energy. They should have no place in fueling our planet, or our foreign policy.”

The report goes on to explain, "These effects are threat multipliers that will aggravate stressors abroad such as poverty, environmental degradation, political instability and social tensions—conditions that can enable terrorist activity and other forms of violence."