20 Most Toxic States Exposed—Kentucky, Ohio and Pennsylvania Top the List 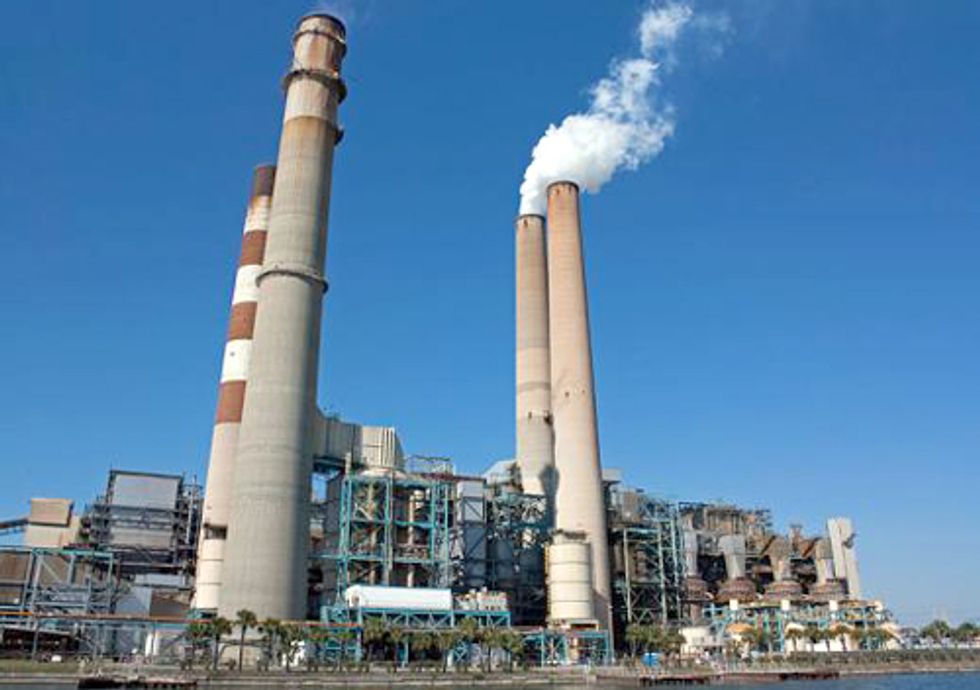 Residents of Kentucky, Ohio and Pennsylvania are exposed to more toxic air pollution from coal-fired power plants than in any other state, according to an analysis by the Natural Resources Defense Council (NRDC).

At the same time, the report found a 19 percent decrease in all air toxics emitted from power plants in 2010, the most recent data available, compared to 2009 levels. The welcomed drop, which also includes a 4 percent decrease in mercury emissions, results from two key factors.

One is the increasing use by power companies of natural gas, which has become cheaper and is cleaner burning than coal; the other is the installation of state-of-the-art pollution controls by many plants—in anticipation of new health protections issued by the U.S. Environmental Protection Agency (EPA).

“Toxic pollution is already being reduced as a result of EPA’s health-protecting standards,” said John Walke, NRDC’s clean air director. “Thanks to the agency’s latest safeguards, millions of children and their families in the states hardest hit by toxic air pollution from power plants will be able to breathe easier.”

“But these protections are threatened,” Walke said, “because polluters are intent on persuading future Congresses or presidential administrations to repeal them.”

Finalized in 2011, the U.S. EPA’s Mercury and Air Toxics standards will cut mercury air pollution by 79 percent from 2010 levels, beginning in 2015.

In the second edition of Toxic Power: How Power Plants Contaminate Our Air and States, NRDC also found that coal and oil-fired power plants still contribute nearly half (44 percent) of all the toxic air pollution reported to the U.S. EPA’s Toxics Release Inventory (TRI). The report also ranks the states by the amount of their toxic air pollution levels.

In an earlier assault on the EPA’s new standards, the House passed a bill to gut them last year; but a similar measure in June failed in the Senate.

With those and other pollution reductions resulting from the standard, as many as 11,000 premature deaths and 130,000 asthma attacks, 5,700 hospital visits, 4,700 heart attacks and 2,800 cases of chronic bronchitis will be avoided in 2016. The public health improvements are also estimated to save $37 billion to $90 billion in health costs, and prevent up to 540,000 missed work or “sick” days each year.

Franz Matzner, NRDC associate director of Government Affairs, said: “For too long, Americans have had no choice but to breathe toxic air pollution. Thanks to the EPA, the air is getting cleaner. But we need lawmakers who will help clean up the air we all breathe—not lawmakers who do the bidding of Big Polluters trying to repeal safeguards that protect children’s health. This and future Congresses should let the EPA do its job so ALL Americans can breathe easier.”

Despite the overall reductions in total emissions, 18 of the Toxic 20 from 2009 remain in the 2010 list released today, although several states have made significant improvements highlighted in the report.

The states on the Toxic 20 list (from worst to best) are:

Of the Toxic 20 list, both senators from eight states supported a resolution by Sen. James Inhofe (R-OK), to stop the mercury and air toxics safeguard: Kentucky, Indiana, Georgia, Texas, Virginia, South Carolina, Alabama and Mississippi. Meanwhile, both senators from three states: Michigan, Maryland and Delaware voted against the measure. The remaining nine states had mixed votes among their senators.

The U.S. EPA’s Toxic Release Inventory, known as the TRI, is a national database of toxic emissions self-reported by industrial sources. Power plants report emissions of mercury, hydrochloric acid and other hazardous metals.

NRDC released the first Toxic 20 report in July 2011. The analysis used publicly available data in the TRI to rank states by air pollution levels from 2009. Using the same methodology, today’s analysis compared TRI emissions reported for 2010 from the electric utilities sector to those from other sectors and ranked sources by total emissions by sector. The analysis identifies top emitting power plants based on toxic emissions reported to TRI.

For the full methodology, see the analysis Toxic Power: How Power Plants Contaminate Our Air and States.