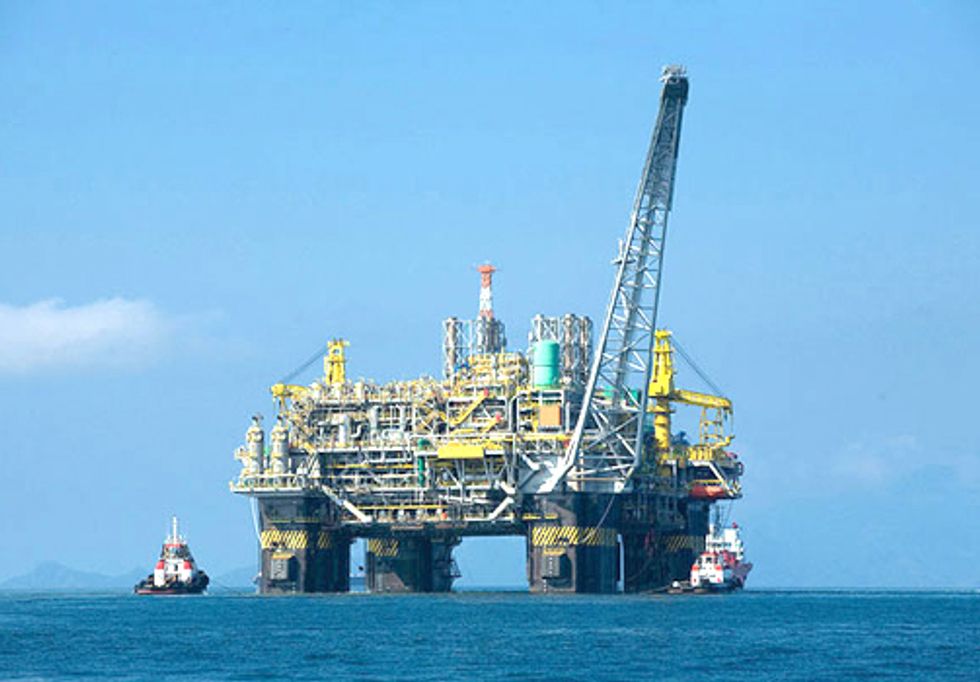 Today as part of Obama’s “All of the Above” energy strategy, the Bureau of Ocean Energy Management will hold an oil and gas lease sale that will make more than 20 million offshore acres available to oil and gas drilling in the Western Gulf of Mexico Planning Area.

At the UN climate talks in Doha, the U.S. is claiming credit for “enormous” efforts on climate change.

Jonathan Pershing, a senior negotiator for the U.S., said: “Those who don’t know what the U.S. is doing may not be informed of the scale and extent of the effort, but it’s enormous.”

Whether the U.S. has taken enormous steps on climate change is open to debate. What we do know is that we have a newly re-elected President who in his acceptance speech said, “We want our children to live in a world without the destructive power of a warming planet."

In order to tackle climate change, the U.S. cannot continue on a path of relentless oil and gas drilling, as currently espoused in the President’s Energy plan, known as “All of the Above,” which advocates a mix of oil, gas, nuclear, renewables and the contradiction which is clean coal.

As Steve Kretzmann and I pointed out in the aftermath of Obama’s re-election: “The President cannot simultaneously fight climate change and support an All of the Above/Drill Baby Drill energy strategy. It would be like launching a war on cancer while promoting cheap cigarettes for kids. Leadership on climate requires understanding this.”

But it seems that the Obama Administration is going to carry on selling those cheap cigarettes, instead of fighting climate change. Later today as part of Obama’s “All of the Above” energy strategy, the Bureau of Ocean Energy Management will hold an oil and gas lease sale that will make more than 20 million offshore acres available to oil and gas drilling.

This represents all the unleased areas in what is known as Western Gulf of Mexico Planning Area. The size of the sale is also startling when you consider we are still working out the ecological and financial costs of the Deepwater Horizon spill.

Least you wonder who is pulling the strings about the Administration’s energy plan, make no mistake it is the President. “At President Obama’s direction, his Administration continues to implement a comprehensive, all-of-the-above energy strategy, expanding domestic production, reducing our dependence on foreign oil, and supporting jobs,” said Interior Secretary Ken Salazar.

The lease sale, to be held later today in New Orleans, will be the first held under the Administration’s new Outer Continental Shelf Oil and Gas Leasing Program for 2012–2017, which makes available for exploration and development all of the offshore areas with the highest potential  of the U.S.’s oil and gas resources.

The President’s “All of the Above” energy plan is misguided. In reality it is little more than “Drill Baby Drill” by another name. The science is telling us that we cannot have all of the above. We cannot carry on relentless oil and gas drilling.

Earlier this month, when the World Bank warned we were on course for a 4 degree warming, unless radical action was taken, its President stated: “Lack of action on climate change threatens to make the world our children inherit a completely different world than we are living in today. ”

So when Obama says, “We want our children to live in a world without the destructive power of a warming planet,” he had better alter his “All of the Above” energy plan to include no more fossil fuels.