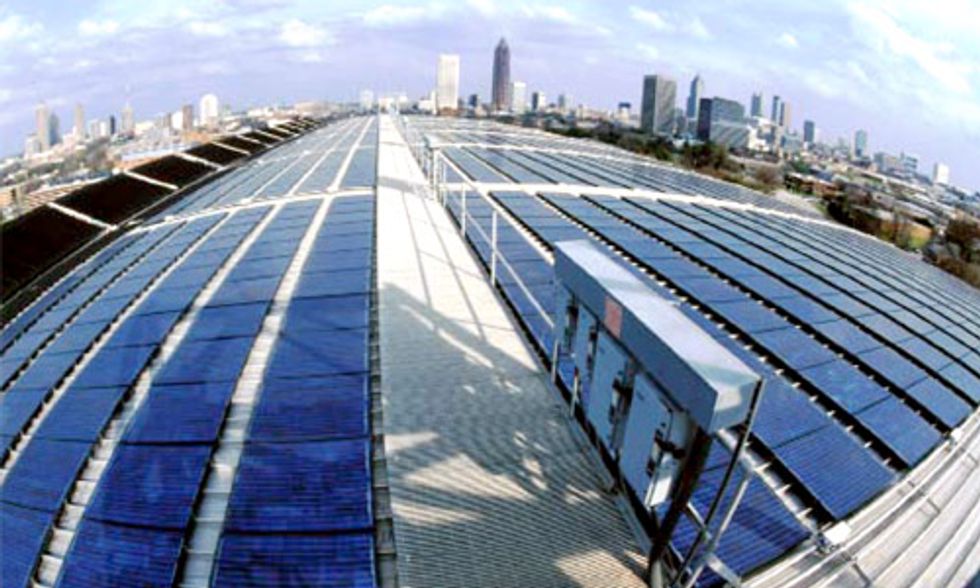 Sixty-four major American cities are now home to almost as much solar capacity as the entire country had installed at the end of the 2010, according to a new analysis, which ranks America's major cities for their solar power.

“Thanks to forward-thinking policies and the vision of local government leaders," said Bret Fanshaw, solar program coordinator with Environment America and report co-author, “these cities really shine when it comes to solar power."

Co-authored with the Frontier Group, the report shows Honolulu, Indianapolis and San Jose have the most solar panels per capita. Cities outside the nation's Sun Belt ranked in the top 20 include Newark, New Jersey, New York and Washington, DC.

Plummeting costs, environmental concerns and technological innovation have all played a role in spurring the growth of solar energy, which last year was enough to power 5.4 million American homes.

The report found cities at the vanguard of the nation's solar boom, with the top 20 solar cities—representing just 0.1 percent of U.S. land area—accounting for 6 percent of U.S. solar photovoltaic capacity at the end of 2015.

“The cities that are adding solar power the fastest are those that have made it a policy priority," said Kim Norman, policy analyst at the Frontier Group and report co-author. “This report shows that government is a key player in the effort to repower the U.S. with renewable energy."

While solar power is soaring, utility companies are campaigning intensely to increase fees for rooftop solar, which they see as a direct threat to their business model.

Environment America urged cities to continue to move forward with solar power development in spite of these attacks.

“Cities have been at the forefront of environmental change for decades," said Fanshaw. “And there's no reason for them to stop now. The polluters can't change the fact that solar power makes sense for our climate, our health and our wallets."