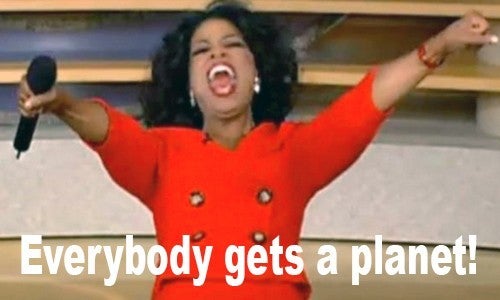 With the Pope honing in on his climate message in his first ever visit to the U.S., and world leaders gearing up for the UN Paris climate talks, climate change and other pressing environmental issues are finally getting more attention on the worldwide stage.

People have taken to Twitter to offer their serious and not so serious ideas of how to #SaveThePlanetIn4Words. Many people were pleading “Don’t Vote For Trump.” Also popular was “Cancel The Kardashians Immediately.” Sorry, Kourtney and Khloe.

Here are my favorite 20 best ideas:

1. By far one of the most popular solutions

3. See number 2 for additional guidance on this one

5. This is good for you and the planet

6. You know, they say his word is infallible