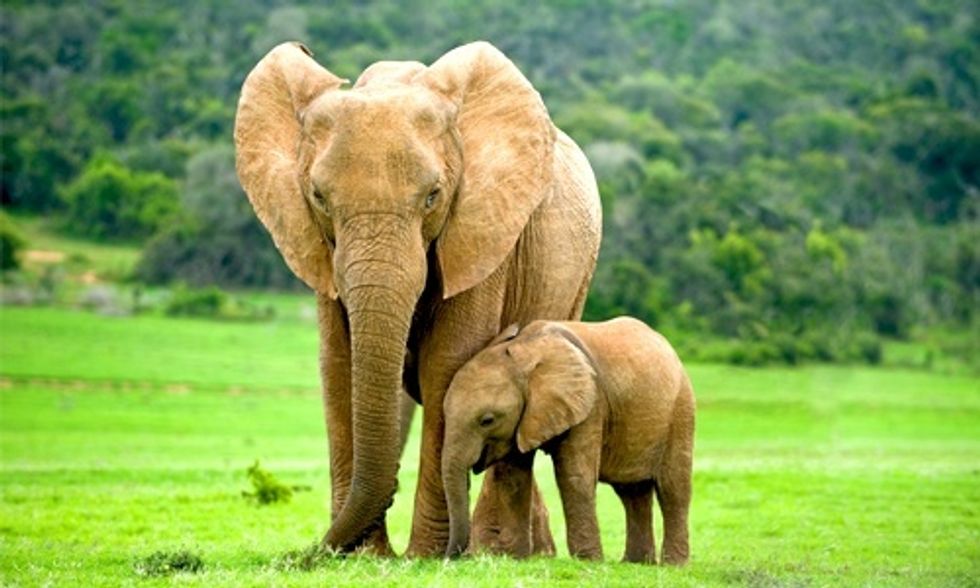 The killing of two elephants in Zakouma National Park in Chad in August has many wildlife conservationists concerned. It's the first time an elephant has been killed by poachers in the park in more than three years. Poaching decimated the elephant population there in the early 2000s. Their numbers dropped from some 4,000 in 2006 to 450 today.

And the elephants are only just beginning to rebound. They went four years without a birth—a sure sign of herd stress, says National Geographic—but now elephants are finally having babies again. However, at least one, though likely two, of those newborns is already dead.

On Aug. 11, a pilot performing routine surveillance spotted two men and a herd of 30 elephants "massed in a defensive position," according to National Geographic. By the time ground patrols arrived on the scene, the men were gone, leaving behind two dead female elephants—one with her ivory tusks removed.

There were two calves (likely less than 2 months old) orphaned by the killing. Park staff were able to retrieve one and hand feed it, but "the trauma was too great and the baby died." The other was unable to be retrieved and is presumed dead as it was too young to live without its mother.

As the hunt for the poachers continues, Bryan Christy of National Geographic reminds us that "as long as foreign demand for ivory continues, no elephant population is safe, even populations as remote and well-protected as Zakouma's.”

Zakouma was hailed as a success story among African parks for cracking down on poachers through surveillance planes, but this incident raises concern that the park's small elephant population still isn't safe.

Wildlife poaching is a huge problem worldwide. The killing of Cecil the Lion last month sparked intense Internet outrage, but the problem is truly rampant. Louie Psihoyos, director of the film Racing Extinction, says, "The wildlife trade is second only to the drug trade" in terms of the money it generates.

Many efforts are being undertaken to put a stop to the illegal trade, including commissioning fake elephant tusks and fitting them with GPS tracking devices, using drones to survey large areas and even using 3-D printers to manufacture fake rhino horns.