180 Clocks Delivered to Gov. Cuomo to Buy Time for Fracking 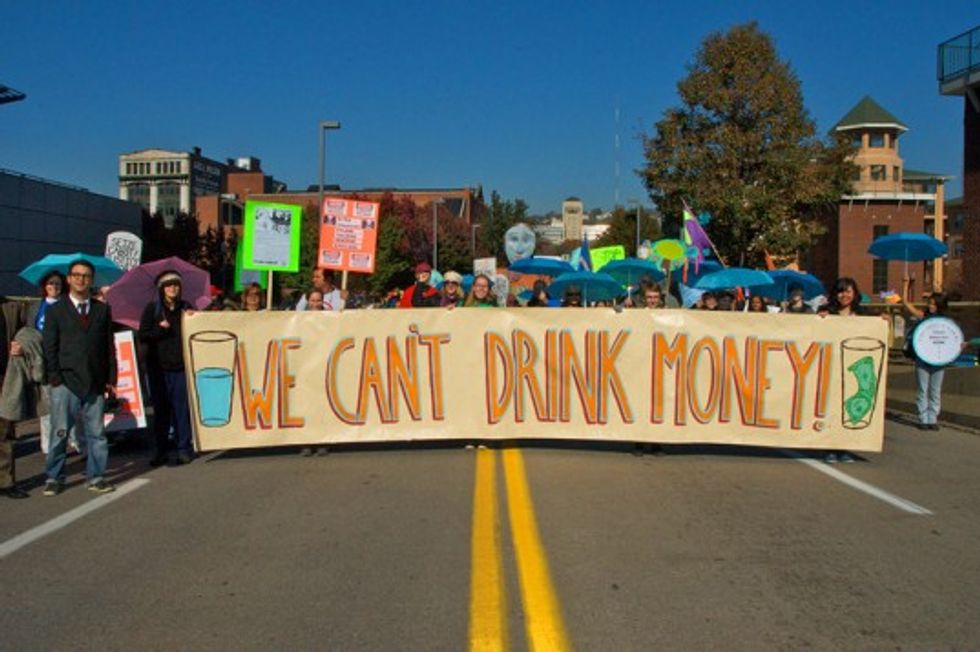 Citizens Campaign for the Environment

"Governor Cuomo isn't listening to New Yorkers' concerns about fracking. We've held dozens of press conferences, made hundreds of telephone calls, and sent thousands of emails. We've also posted hundreds of messages to the Governor's Facebook page and exercised our organizing muscles on Twitter, but he isn't getting the message," said Katherine Nadeau, water & natural resources program director for Environmental Advocates of New York. "New Yorkers deserve 180 days to review the state's 1,500-plus page fracking proposal and that's why our members are sending the governor these clocks today. We want to buy some time the old fashioned way."

The SGEIS was released for public review on Sept. 7. The purpose of this document is to inform the state's decision-making with regard to fracking. On Sept. 28, the state released draft regulations and a fracking Clean Water Act draft permit for review. The state's current 90-day public comment period and four public hearing schedule puts an unreasonable burden on New Yorkers, who are now expected to simultaneously review the draft regulations and draft permit released last week, as well as the 1,500-plus pages of the SGEIS. The simultaneous review will be particularly challenging for those living in areas have been impacted by recent flooding and are likely to see drilling.

"There is no rush to drill. New Yorkers need time to provide thoughtful and meaningful feedback on the proposed environmental impact statement and regulations," said Sarah Eckel, legislative & policy director, Citizens Campaign for the Environment. "Hydro-fracking for gas leads to industrial sprawl that could result in devastation to New York's air, land, water and people. Denying the public adequate time to review these extensive proposals is like to shutting them out of the process."

As soon as the original 60-day public comment period for the state's fracking proposal was announced, the organizations began to call on the governor and the DEC to extend the comment period to 180 days and to include at least two additional public hearings upstate. In August, more than 70 groups and dozens of state lawmakers from across the state sent a letter to Gov. Cuomo and the DEC asking to extend the comment period, in addition to hosting more public hearings. Several groups also held a virtual rally during which their members posted messages to the governor's Facebook page and to Twitter using the hash tag #180daysforNY.

To frack a gas well, millions of gallons of water, sand and toxic chemicals are pumped deep underground at high pressure. This fractures the rock that has trapped the gas for millennia and allows it to escape. From start to finish, gas development that relies on fracking is an industrial process that threatens water supplies. State after state, from Wyoming to Pennsylvania, has documented its dangers. New York can't afford to put short-term gas profits ahead of the long-term health of water and communities. Visit www.CleanWaterNotDirtyDrilling.org to learn more about fracking.

Citizens Campaign for the Environment (CCE) empowers communities and advocates solutions for our shared environment and public health and is supported by over 80,000 members throughout New York State and Connecticut. www.citizenscampaign.org