18 Patriotic Wilderness Quotes in Celebration of the Fourth of July 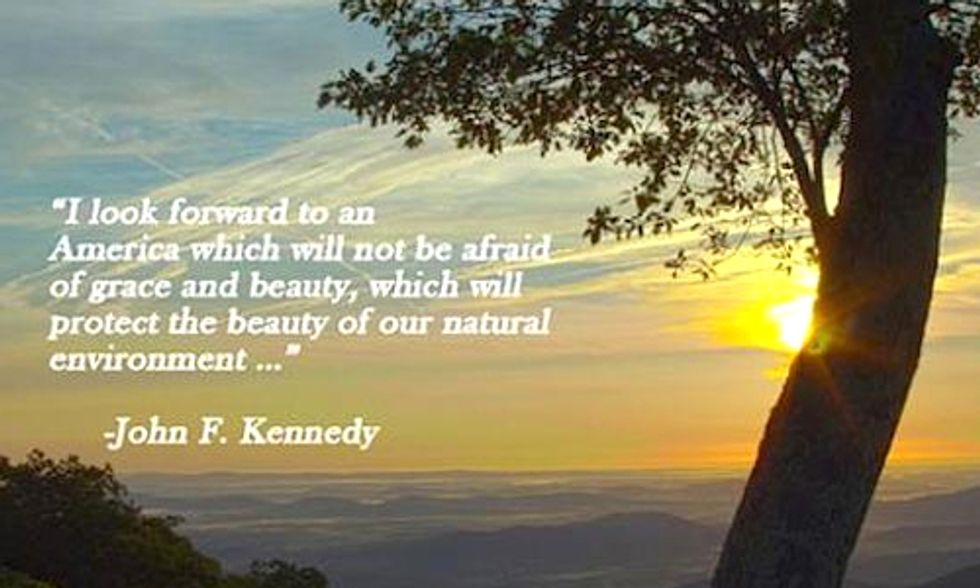 As we celebrate the birth of our country, it is worth remembering the role that wildness—and wilderness—have played in shaping our national character and values.

Wilderness is intrinsic to our conception of what it means to be American—first as an oppositional force, something our pioneer ancestors hacked away to build towns, railroads and the other trappings of civilization we know today. Later, as Americans came to understand how irreplaceable and restorative these wild places are, a democratic conservation ethic grew unlike that found in other nations, spearheaded by people like John Muir, Theodore Roosevelt and Aldo Leopold. It held the idea of land for the enjoyment of all as nearly sacred.

Reflections on wilderness echo through American history—whether paying tribute to our purple mountain majesties or aspiring to better preserve our greatest national treasures.

Enjoy these patriotic wilderness quotes for the Fourth of July:

Our remnants of wilderness will yield bigger values to the nation’s character and health than they will to its pocketbook, and to destroy them will be to admit that the latter are the only values that interest us.—Aldo Leopold (source)

The nation behaves well if it treats the natural resources as assets which it must turn over to the next generation increased and not impaired in value.—Theodore Roosevelt (source)

Many of our greatest American thinkers, men of the caliber of Thomas Jefferson, Henry Thoreau, Mark Twain, William James and John Muir, have found the forest and effective stimulus to original thought.—Bob Marshall (source)

Her mighty lakes, like oceans of liquid silver; her mountains with their right aerial tints; her valleys, teeming with wild fertility; her tremendous cataracts, thundering in their solitudes; her boundless plains, waving with spontaneous verdure; her brought deep rivers, rolling in solemn silence to the ocean; her trackless forests, where vegetation puts forth all its magnificence; her skies, kindling waves in the magic of the summer clouds and glorious sunshine;—no, never need an American look beyond his own country for the sublime and beautiful of natural scenery.—Washington Irving (source)

The forests of America, however slighted by man, must have been a great delight to God; for they were the best He ever planted.—John Muir (source)

Wilderness is an anchor to windward. Knowing it is there, we can also know that we are still a rich nation, tending our resources as we should--not a people in despair searching every last nook and cranny of our land for a board of lumber, a barrel of oil, a blade of grass or a tank of water.—Clinton P. Anderson (source)

The Yosemite, the Yellowstone, the Grand Canyon are national properties in which every citizen has a vested interest; they belong as much to the man of Massachusetts, of Michigan, of Florida, as they do to the people of California, of Wyoming, of Arizona.—Stephen Mather (source)

Something will have gone out of us as a people if we ever let the remaining wilderness be destroyed; if we permit the last virgin forests to be turned into comic books and plastic cigarette cases; if we drive the few remaining members of the wild species into zoos or to extinction; if we pollute the last clear air and dirty the last clean streams and push our paved roads through the last of the silence, so that never again will Americans be free in their own country from the noise, the exhausts, the stinks of human and automotive waste.—Wallace Stegner (source)

Source:
Guardians of the Parks

Today, across our land, the National Park System represents America at its best. Each park contributes to a deeper understanding of the history of the United States and our way of life; of the natural processes which have given form to our land, and to the enrichment of the environment in which we live.—George B. Hartzog (source)

The fundamental idea behind the parks... is that the country belongs to the people, that it is in process of making for the enrichment of the lives of all of us.—Franklin D. Roosevelt (source)

"Natural beauty and wonder are priceless heirlooms which God has bestowed upon our nation. How shall we escape the contempt of the coming generation if we suffer this irreplaceable heritage to be wasted?"—Henry van Dyke (source)