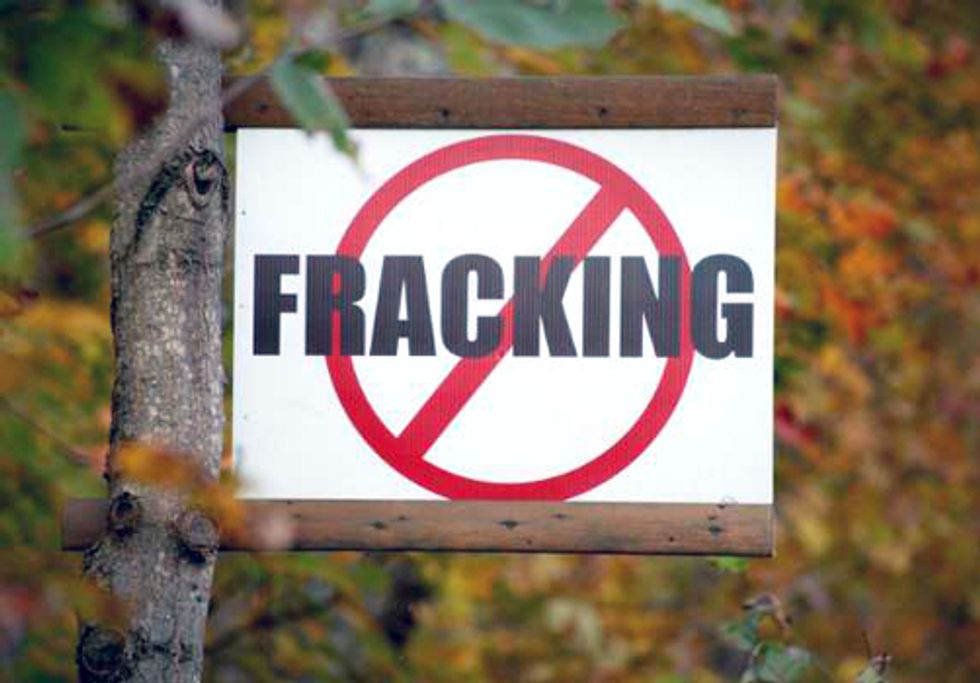 More than 170 consumer, faith, business and environmental organizations from four states delivered a letter to members of the Delaware River Basin Commission (DRBC) on Sept. 12, urging them to maintain the current ban on hydraulic fracturing throughout the Delaware River Basin. The commission is currently considering the possibility of opening up the basin to fracking, which would put the entire region at risk of numerous health and environmental hazards associated with the highly controversial natural gas drilling method. In particular, fracking has been known contaminate rivers and groundwater, and if allowed to occur in the basin would threaten drinking water supplies for 15.6 million residents.

"The Delaware River Basin is a national treasure that millions of Americans rely on for clean drinking water, healthy food and outstanding recreational opportunities. Fracking would jeopardize all of this," said Jim Walsh, regional director at Food & Water Watch, a consumer advocacy group and signer of the letter. "The DRBC needs to uphold its responsibility to protect the region, not subject it to the mass industrialization, air pollution and toxic spills that fracking would inevitably bring."

“The current drilling moratorium is not only sensible, it is the only responsible thing to do, especially as more and more evidence of pollution and harmful health effects emerge next door in Pennsylvania,” said Tracy Carluccio, deputy director of Delaware Riverkeeper Network, a signer of the letter.  “The time is right for the DRBC to make the moratorium permanent."

“As downstream stakeholders, Delawareans are greatly concerned about the consequences of fracking in the basin. We urge the DRBC to proceed with greater transparency in their consideration of shale gas development in the region,” said Amy Roe, Ph.D., conservation chair of the Sierra Club Delaware Chapter, a signer of the letter.

New Jersey has enacted a moratorium on fracking, and the state’s legislature passed a bill with strong bipartisan support prohibiting the discharge, disposal, storage or processing of drilling and fracking waste in the state. The bill awaits action from Gov. Christie.

A moratorium also exists in New York State, where a broad coalition of consumer, environmental, labor, business, faith and community groups are applying ever-increasing pressure on Governor Cuomo to ban fracking permanently. A recent poll of the state’s likely voters found that pluralities of Democrats and upstate residents (who would be most directly and most immediately affected by fracking) oppose the practice. On Aug. 27 more than 1,500 people rallied at the State Capitol in opposition to fracking.

Outside the Delaware River Basin, Vermont and Maryland have joined numerous municipal governments across the country, imposing either bans or moratoria on drilling and fracking.

“Shale gas development hurts more than drinking water. As we see communities being devastated by compressor stations, gas processing plants and other toxic infrastructure, and now that we know fracking accelerates climate change, rural and urban voices have joined together clearly to say: Don't Drill the Delaware," said Iris Marie Bloom, executive director of Protecting Our Waters, a signer of the letter.

“We can’t trust the gas industry with the safety of any individual’s drinking water, let alone 16 million people’s water. The DRBC must continue protecting the millions of people who rely on this water, not pave the way for Big Gas to reap massive profits at our expense,” said Elijah Zarlin of CREDO.

“The formation of the DRBC in 1961 was an historic public policy action to protect the waters of the entire river basin. We urge the commission today to continue upholding the moral and ethical values that have been entrusted to it by voting to ban fracking here,” said Suzanne Golas, director of WATERSPIRIT.