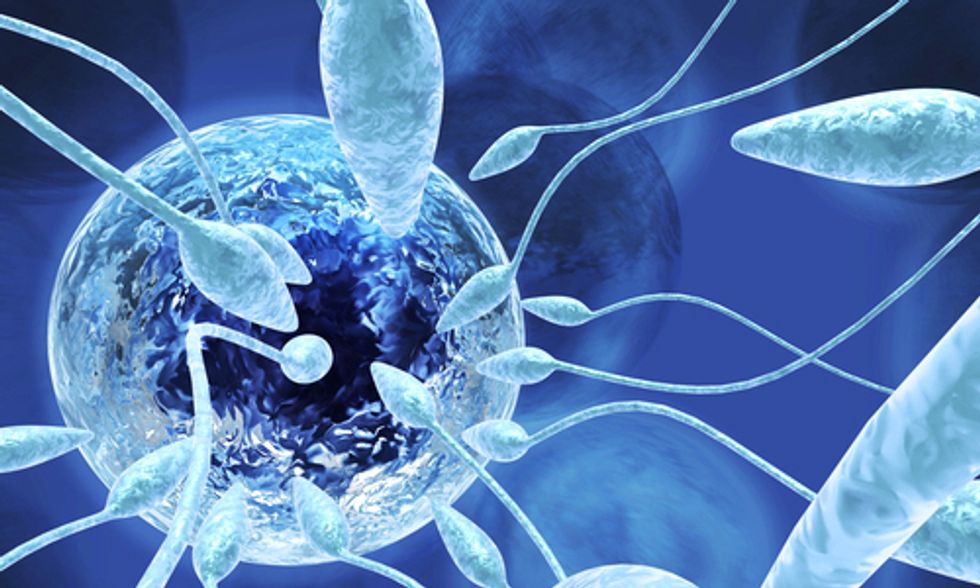 Pesticides used on agricultural land appear to be the main cause of declining sperm counts among men in France, according to a recent study published in the scientific journal Human Reproduction.

Until better protections are in place, anti-pesticide experts suggest supporting organic agriculture as a method of avoiding exposure to these dangerous chemicals.

The study, which first published its findings in 2012 and has now been refined, found that sperm counts across France had plummeted 30 percent in 16 years, and noted those living in mainly rural regions of southwest France had been most affected, reports Connexion—France's English-language newspaper.

The affected regions, Aquitaine, Burgandy and Midi-Pyrenees, contain the highest concentration of farms in the country and subsequently rely heavily on agriculture for their economies.

The findings coincide with a recent development where the use of pesticides were blamed for variations in the quality of water in France, with rural areas again the most affected.

The authors of this latest study, led by Dr Joëlle Le Moal at the The Health Watch Institute, suggested a link between declining sperm count and higher exposure to pesticides in an agriculture-based economy.

The wine industry, they noted, is “where the most pesticides are used in proportion to the agricultural area."

They were able to remove alcohol and cigarettes as possible causes, because the most affected areas are not those where the consumption of tobacco and alcohol are highest, and said genetic factors could not explain the rapid rate of decline.

The original study, published in 2012, collected data from 26,600 men from 126 towns and cities across France who took part in medically assisted procreation programs between 1989 and 2005. This latest report comes after the initial program was refined to compare trends across 21 regions.

"It's very important to monitor the quality of sperm at the international level now that we have data about its degradation in France," said Le Moal.

A Problem for All Men

Beyond Pesticides, a national coalition against the misuse of pesticides, suggests U.S. men (and all nationalities) should be cautious as recent scientific literature reviews came to similar conclusions regardless of where a man calls home.

In a U.S. review, researchers counted semen quality according to concentration of sperm over an area, their motility and ability to move, as well as their shapes. What they found was striking: almost all the studies reported a decrease in sperm concentration; decreased motility was also reported though less frequently; and, while morphological changes were not strongly associated in studies—only two indicated any changes to sperm shape.

The French findings build on the now growing body of evidence that pesticide exposure at environmental or occupational levels diminishes sperm health. For many, the connection is an obvious one: endocrine disruption. Sperm production is regulated by the endocrine system, a highly sensitive form of hormone regulators. Pesticides in both high and low doses are potent endocrine-disruptors, meaning that they disturb this sensitive system that regulates many other bodily systems.

While the endocrine-disrupting effects of many pesticides have been documented, U.S. regulators have been extremely slow to move forward with the statutorily-mandated review of pesticides for the previously unevaluated risk of potential endocrine disruption. Yet, findings like Dr. Moal’s studies and many others highlight the importance of generating strong pesticide regulations that take into consideration endocrine disrupting effects when evaluating safety standards for worker protection and human health impact.

Until better protections are in place, Beyond Pesticides recommends supporting organic agriculture as a method of avoiding exposure to these dangerous pesticides.

Visit EcoWatch’s HEALTH and pages for more related news on this topic.