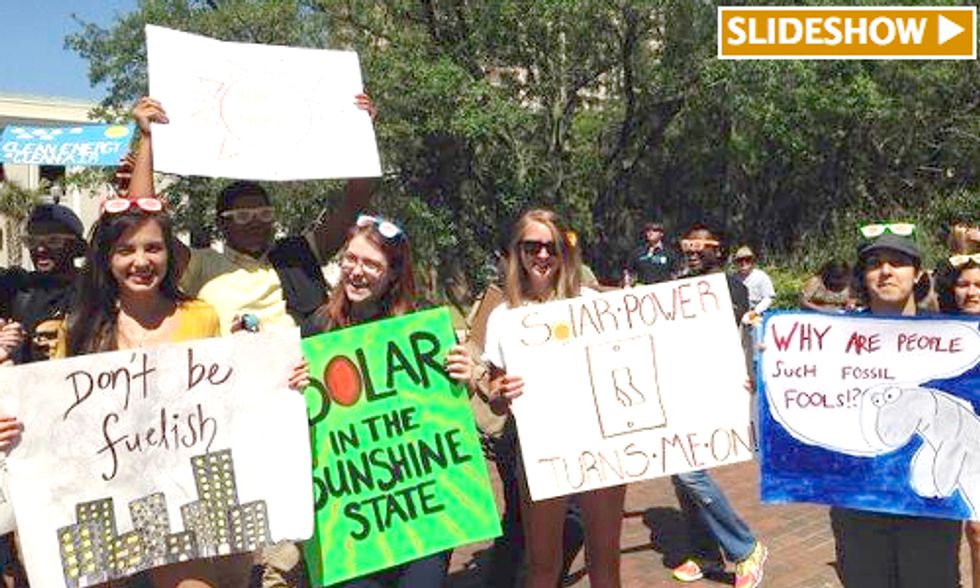 If you never looked at the numbers, you'd assume Florida would be among the top states deploying solar energy, right?

It is the "Sunshine State" and all.

However, that's not the case. According to the Solar Energy Industries Association, Florida ranked 18th in the nation in photovoltaic installations last year. That's a few spots behind states like Connecticut and Indiana that wish they received half the sun Florida does in a typical year.

Renewable energy advocates, college students, politicians and musical acts took note of that wasted potential and rallied for change Thursday at the Florida State Capitol at the Solar Uprising Rally, presented by the Southern Alliance for Clean Energy (SACE).

Thursday's message was aimed clearly at Florida Gov. Rick Scott, who can make solar energy a priority in the state to reduce emissions. Former Gov. Charlie Crist was one of the loudest proponents of that message, speaking before hundreds at the event.

According to SACE, Florida has the best solar potential east of the Mississippi River and the third largest potential for rooftop solar generation in the nation.

Thousands Participate in 'Shout Out For Solar' Day