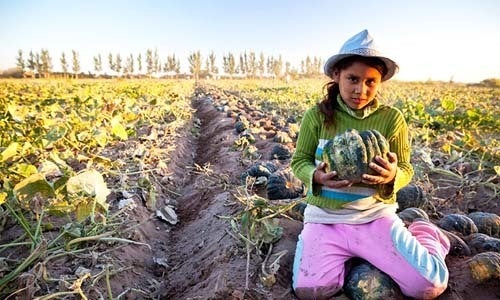 As we wrap up 2015 at Food Tank, we are already looking forward to next year. From food safety law to a heightened focus on food waste, there are so many exciting food and agriculture stories that unfold every day. We’ll continue to cover the most important food issues in 2016, focusing on equity and sustainability in the food system to drive positive change. 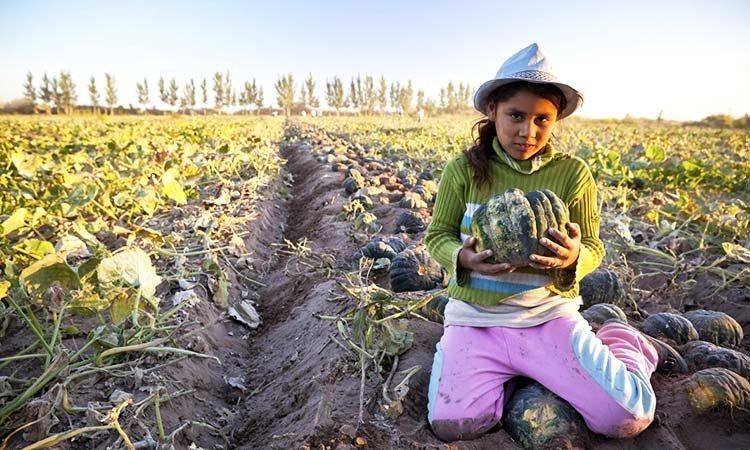 What’s on the horizon for food and agriculture in 2016? Photo credit: Food Tank

Here we have selected 16 stories that represent the most exciting food trends for 2016:

1. Beans are finally getting their due—the UN General Assembly declared 2016 the International Year of Pulses. Pulses are crops harvested solely for the dry grain and include crops like lentils, beans, peas and chickpeas. The International Year of Pulses will highlight the potential for these plant-based proteins to improve food security, enrich soils and increase incomes for farmers around the world.

2. The UN Food and Agriculture Organization LIBERATION project is highlighting effective ways to reduce—and even reverse—agriculture’s environmental footprint. According to LIBERATION, food production will need to increase 70 percent by 2050. Ecological intensification—increasing yields through ecosystem services, rather than external inputs—is critical to achieving this goal. Follow Food Tank’s monthly Harvesting the Research series in 2016 to hear from researchers and scientists of the project.

3. The 2016 Global Forum for Food and Agriculture will take place in Berlin from January 14–16. The international conference focuses on central questions concerning the future of the global agri-food industry. The 2016 theme focuses on the importance of urban agriculture for improving food security.

5. The Sustainable Food Trust will hold the Real Cost of American Food conference in April to highlight the high cost of cheap food in the U.S. The event will uncover the economic distortions of our current food system, which depends on intensive farming, to reveal the dishonest food pricing that is holding back the shift to sustainable practices in farming.

6. The Economics of Ecosystems and Biodiversity for Agriculture and Food project is working to reveal the true worth of eco-agri-food systems, helping policymakers to better understand the complex links between ecosystems and food. A final report from the project will be finished in 2016, highlighting the positive and negative externalities of food production. Stay tuned for this definitive publication to find out more about the nexus of food, health and the environment.

7. Food waste is finally getting the attention it deserves. From U.S. Representative Chellie Pingree’s (D-Maine) Food Recovery Act to the UN’s goal to halve food waste by 2030, leaders are taking action on this massive problem. 2016 may be a landmark year for revising sell-by labels, improving donation incentives, de-stigmatizing imperfect produce and scaling out composting.

8. After launching a youth manifesto in Milan, the young leaders of the Barilla Center for Food & Nutrition will continue their work for food sustainability in 2016. The manifesto represents a concrete commitment by young people to work for a more sustainable future through a novel approaches to food sustainability and innovation. The 2016 Young Earth Solutions annual program will provide an opportunity for young people to share their ideas and finance their projects to fight hunger across the globe.

10. Food workers are starting to win the fight for fair wages. The Fight for $15 campaign has claimed victories in Seattle, Los Angeles, New York and San Francisco and the activists will ramp up campaigns in 2016 to advocate for elected officials and presidential candidates to support a $15-per-hour wage for the 64 million people earning poverty-level wages at their jobs. Saru Jayaraman, co-founder of the Restaurant Opportunities Center will also release a new book next year, Forked: A New Standard for American Dining, which explores the labor politics of the restaurant industry.

11. The face of agricultural innovation is changing, as farmer knowledge networks and information communications begin to define research and development processes as well as technological dissemination. Food Tank will release a new report in 2016 from the Democratizing Innovation panel describing the ways in which farmers are innovating, transferring knowledge to their peers and leading the charge for a more equitable and sustainable food system.

12. Sustainable diets are gaining traction as consumers, public health advocates, scientists and policymakers are beginning to understand the connections between nutrition, climate change and environmental impacts of specific dietary patterns. At COP21 in Paris, researchers from the Johns Hopkins Center for a Livable Future presented results from a new report revealing the links between animal product consumption and global climate change, showing the need for a massive shift in global diets. As the Paris agreement moves forward, leaders hope to amplify the public health message as a key area of advance work prior to 2020.

13. Antibiotic resistance is a key issue to watch in 2016. Despite many companies pledging to phase out sub-therapeutic antibiotic use in their supply chains, sales are up in the U.S. livestock sector and so is the prevalence of resistant bacteria. “Dangerous overuse of antibiotics by the agricultural industry has been on the rise at an alarming rate in recent years, putting the effectiveness of our life-saving drugs in jeopardy for people when they get sick,” Avinash Kar, senior attorney for the Natural Resources Defense Council, said.

14. More and more students are interested in the food system. From agroecologists and food system planners to scientists and extension workers, the next generation of food leaders is working to better understand the links between human health and the health of the environment. The Center on Food Security and the Environment at Stanford University, directed by Rosamand Naylor, addresses critical gloal issues of hunger, poverty and environmental degradation by generating research and policy solutions. And the University of California Davis World Food Center, the Tufts Friedman School of Nutrition Science and Policy, the Johns Hopkins Center for a Livable Future and Earth University offer just a few of the other high-caliber programs now available to students who are hoping to learn more about food and agriculture.

15. 2016 is expected to be a great year for food media and film. The Real Food Media Project, in exploration of food, farming and sustainability, will accept short film submissions until March 1, 2016, for its third annual contest. And the Food on Film season of the Toronto International Film Festival—to take place June 8—will bring together chefs, food experts and film lovers in Toronto, Canada.

16. Food Tank will convene four two-day summits in 2016—in Washington, DC; Sacramento, California; Chicago; and São Paolo, Brazil—bringing together some of the world’s most impactful food system leaders. Each event will feature more than 50 speakers in interactive panels moderated by top food journalists, networking and delicious food followed by a day of hands-on activities and opportunities for attendees.