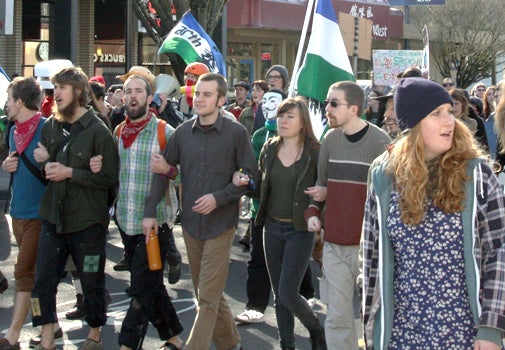 On March 3, to mark the end of the Public Interest Environmental Law Conference, 150 protestors gathered at the University of Oregon in Eugene to participate in a march to “end all extraction.”

The event began with a talk by Civil Liberties Defense Center’s Lauren Regan and Tar Sands Blockade representative Ron Seifert who commended the participants on taking on the fight against the industrial system and then encouraged people to take action wherever they are in the country by saying that the pipeline fight is not just in Texas and to be successful, it cannot only just happen in Texas. 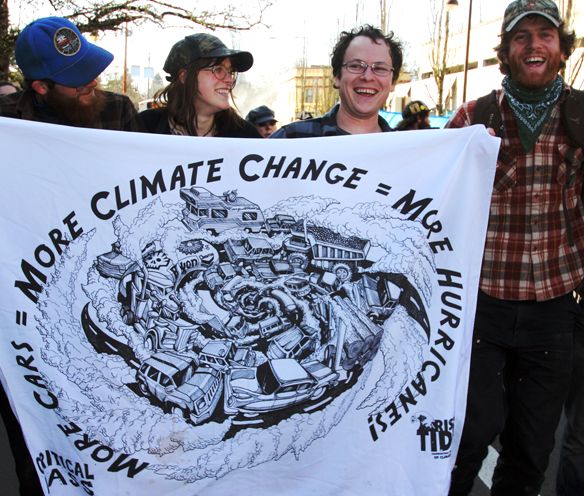 Extractive industries have polluted the Earth’s water, air and land, caused the climate crisis and made toxic the homes of the oppressed peoples, whose voices are all too often silenced.

Protesters marched around Eugene and then back to the University of Oregon where Gill emphasized the importance of putting our bodies on the line to stop extractive industries, and how we must continue the fight. She also spoke about HB 2595 and 2596, which would make it a felony to participate in non-violent actions in Oregon state forests, including blockading forest roads and participating in tree sits.