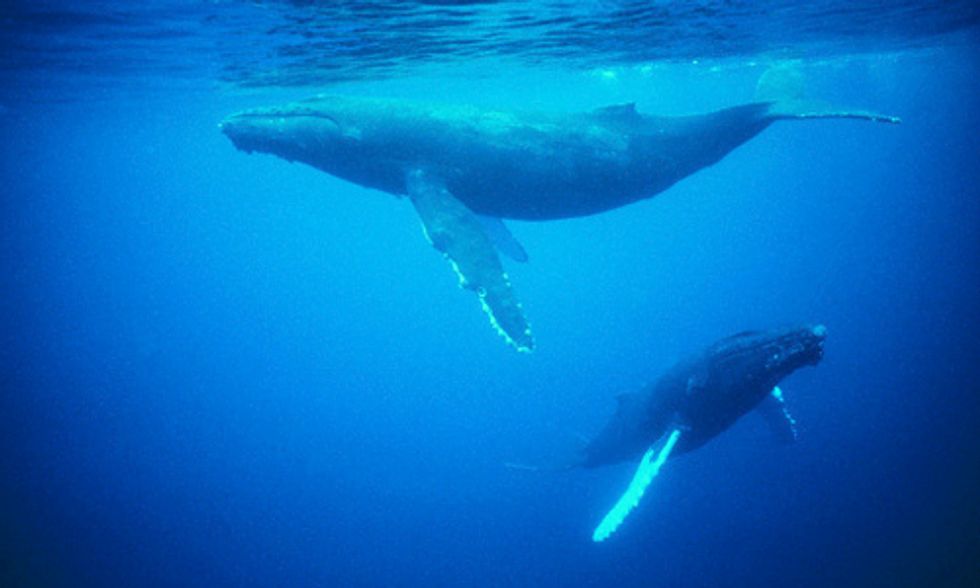 Whales are so obviously different from us, yet surprisingly similar in so many ways. They are extremely intelligent and social beings that share our lifespan and often our close-knit family structures. They sing, they play, they nurture, they bond and they cooperate. However, unlike modern humans who appeared on the scene less than 200,000 years ago, modern cetaceans are an ancient clan stretching back tens of millions of years. These cetaceans first appeared in the fossil record about 50 million years ago (in modern form about 35 million years ago) and have been populating our oceans with a magical grace ever since. Below are 15 little-known, yet very interesting facts about the dozens of whale species that share our world.

1. The closest living relative to cetaceans (whales and dolphins) are hippos.

2. Sperm whales have bizarre sleep habits.Whole pods have been observed sleeping with their bodies completely vertical to the ocean floor with their heads bobbing at the surface. It is believed (but not entirely understood) that sperm whales dive to the ocean floor to nap, but during this nap time they slowly rise to the surface head-first. These naps appear to last no more than 12 minutes and oddly only take place between six p.m. and midnight.

3. The tusk or horn of the male narwhal is actually an oversized canine tooth. The tooth pierces the left lip, growing throughout life up to 10 feet long. This fancy oversized tooth is jam-packed with nerve endings and grows in a left-handed helix spiral. Oddly, about 15 percent of female narwhals also have tusks. Some of the first narwhal teeth (or tusks) to reach Europe were touted as being the horns of the mythical unicorn.

5. The head and lower jaw of humpback whales are covered with knobs called tubercles, which are actually hair follicles.

6. The largest animal to ever grace our planet, living or extinct, is the blue whale. Blue whales have tipped the scales at 140 tons and reached 100 feet. The blue whale tongue alone can weigh as much as an elephant.

7. Not surprisingly, the blue whale also boasts the largest heart in the world, which is about the size of a VW Beetle and weighs up to 1,000 pounds. The aorta attached to this super-sized heart is is big enough for a human child to crawl through.

8. Sperm whales are super-divers. They love squid, so to dine on their favorite delicacy they must dive deep and hang there for awhile while hunting. Adults can dive to depths of 2,000 meters and stay submerged for almost two hours.

9. Fin whales pee the equivalent of about three bathtubs per day.

10. Orca whales are not whales, but actually dolphins. They are found in every ocean from the icy Arctic to the warm waters of the tropics and are considered one of the smartest animals on our planet.

12. A newborn blue whale calf weighs about as much as 100 men and is about 7.5 meters long.  This huge baby drinks enough fat-rich milk to fill a bathtub every day. This milk is 40-50 percent fat and has the consistency of cottage cheese. With all of this nursing, baby blue whales gain 3.7 kilograms an hour, until about eight months-old. By then, they typically weigh 22.5 tons.

13. Most whales give birth surrounded by midwives. The midwives help the newborn stay at the surface for breathing, while the mother recovers.

14. Gray whales migrate astonishingly long distances between their winter calving lagoons in Mexico and their summer feasting grounds in the Arctic—about 10,000 to 12,400 miles round-trip every year.

15. Blue whales can boast of being the loudest creatures on Earth. At 188 decibels, their loudest vocalizations can be heard hundreds of miles away and is louder than a jet, which peaks at only 140 decibels. Human ears cringe at sounds over 120-130 decibels.