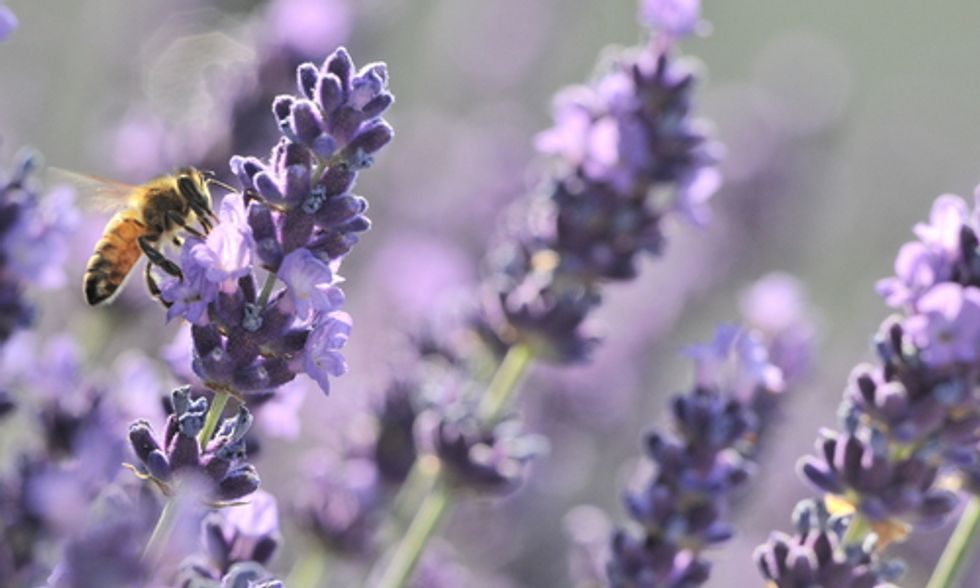 With spring upon us, it’s a perfect time to think about what we can plant to help save the bees.

Before getting into that, learn why bees are so important to our lives by listening to the latest Green Divas Radio Show featuring Maryam Henein, director of the award-winning documentary Vanishing of the Bees.

Why save the bees?

From apples to almonds to the pumpkin in our pumpkin pies, we have bees to thank.

Now, a condition known as Colony Collapse Disorder is causing bee populations to plummet, which means these foods are also at risk. In the U.S. alone, more than 25 percent of the managed honey bee population has disappeared since 1990. Bees are one of a myriad of other animals, including birds, bats, beetles and butterflies, called pollinators. Pollinators transfer pollen and seeds from one flower to another, fertilizing the plant so it can grow and produce food. Cross-pollination helps at least 30 percent of the world’s crops and 90 percent of our wild plants to thrive. Without bees to spread seeds, many plants—including food crops—would die off, according to NRDC Bee Facts.

In the last half decade alone 30 percent of the national bee population has disappeared and nearly a third of all bee colonies in the U.S. have perished. According to an article in Newsweek, a study last year found 35 pesticides and fungicides, some at lethal doses, in the pollen collected from bees that were used to pollinate food crops in five U.S. states. Bees that ate pollen contaminated with fungicides were found to be three times as likely to be infected by a parasite linked to colony collapse.

Watch the trailer for Maryam’s film:

Bottom line: We need the bees. And they need us. How can we save the bees?

One way is to increase the number of bees and other pollinators in your area by including plants that provide essential habitat.

Note: It’s best to plant native plants. Find a native plant nursery in your area and download the BeeSmart app, which will guide you in selecting plants for pollinators specific to your area.

Purchase plants or seeds that haven’t been treated in pesticides, which can kill the bees.

For every $50 donated to the Save the Honeybee Foundation, one school will be able to receive Vanishing of the Bees for free.