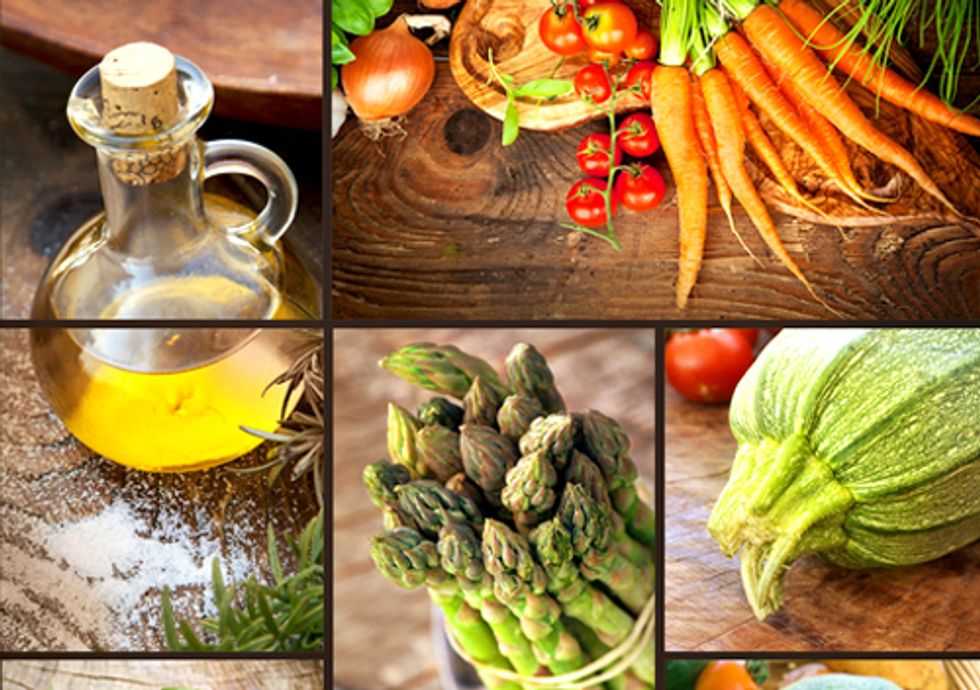 By Danielle Nierenberg and Thais Bassinello

When it comes to the future of the food system, it's hard not to be discouraged. Nearly one billion people are hungry, and another 1.5 billion are obese or overweight. All over the world, people waste 1.3 billion tons of food each year. And according to the International Panel on Climate Change, humans are to blame for an increasingly hot, dry and natural disaster-prone planet.

But Food Tank has compiled a list of 14 reasons to be hopeful about the future of the food system. Share these with your networks to spread the message that the food system is changing for the better.

1. The next generation is learning more about where their food comes from than their parents did.

In the U.S., initiatives like The Kitchen Community, The Edible Schoolyard Project, The Sylvia Center and The FARM Institute are getting kids involved in learning about food from farm to fork. In Costa Rica, young people are learning integrated farming and natural resource management at EARTH University. In Uganda, the Forum for Sustainable Agriculture in Africa and Project DISC are teaching youth about sustainable farming. In Lao People's Democratic Republic, Thailand and the Philippines, the World Vegetable Center (AVRDC) is implementing teaching gardens for elementary school students.

School meals are a common public food service implemented across the world. Many countries have implemented reforms to improve the nutritional quality of school meals by seeking out more sustainable sources for the students’ food. In Brazil, for instance, at least 30 percent of food for school meals must be purchased locally from smallholder farmers.

3. More food waste is being composted.

On average, all of the member states of the European Union composted 15 percent of municipal waste in 2011—in the Netherlands, the proportion of waste composted was more than twice the average. In the U.S., San Francisco has undertaken widespread public composting and recycling programs, and now manages to divert 78 percent of its waste from landfills.

4. Permaculture projects are thriving all over the world.

Smallholder and family farmers stand to gain higher, more nutritious and more sustainable yields from permaculture practices—and so can individuals and families simply growing produce in their backyards. Today, there are an estimated 850,000 grassroots permaculture projects in 160 countries, according to the Permaculture Research Institute in Australia.

5. In one of the most obese countries in the world, obesity is on the decline for low-income children.

Recent statistics from the Centers for Disease Control and Prevention (CDC) show that in more than half of the U.S.—two-thirds the states and territories surveyed—low-income children between the ages of two and four exhibit lower rates of overweight and obesity than they did just three years ago. In six of the states and territories surveyed, the rate of decrease exceeded a full percentage point.

Recent research has indicated that cash donations or vouchers may be more effective than in-kind donations when it comes to food aid. World Food Programme (WFP) initiatives such as Purchase for Progress and Home-Grown School Feeding are already opening new avenues for consumers in developing countries to use donated funds to buy from small-scale farmers and producers.

7. New forms of food governance, such as food policy councils, are gaining popularity.

According to Food First, the first food policy council was created more than 20 years ago in the U.S., and there are now more than 200 in North America alone. These councils can directly influence national and local legislation—in Brazil, the National Food and Nutrition Security Council advises the President directly on the formulation of food policies.

8. Cities are becoming greener, and urban and peri-urban agriculture is spreading.

As the global population becomes increasingly urbanized, eco-city initiatives are implementing new and innovative ways to make urban areas more environmentally sustainable, particularly when it comes to food production. There are approximately 180 eco-city initiatives in the world, according to the International Eco-Cities Initiative at Westminster University, and that number is on the rise. The city of Malmö, Sweden, which was a finalist for the 2012-13 European Green Capital Award, has undertaken an initiative to make all food purchased in the city organic by 2020. In the U.S. alone, 11 states and the District of Columbia have passed legislation to increase access to urban land for agricultural production in recent years. In Africa, there is overwhelming evidence that urban and peri-urban agriculture and forestry contributes to improved livelihoods in Kampala, Dakar, Dar es Salaam and other cities.

9. Many governments are guaranteeing women’s right to land ownership.

In sub-Saharan Africa, women are responsible for at least 43 percent of basic household and commercial food production. Guaranteeing land rights, as well education and training, for women is key to improving food security on the continent, and several national governments are already taking action. Ethiopia, for example, has implemented legislation that protects a woman’s right to land in the event of divorce or the death of her spouse.

10. More and more consumers are concerned with sustainable eating.

“Organic,” “locally produced,” “free-range” and “seasonal” are all terms that are becoming increasingly commonplace in the grocery store vernacular. From 1990 to 2010, sales of organic foods and beverages in the U.S. alone have ballooned from a total value of $1 billion to $26.7 billion. As of 2010, 11 percent of all fruit and vegetable sales in the U.S. were organic.

Last week, Food Tank featured a list of 23 apps for mobile devices that consumers can use to help grow, buy, and eat food more sustainably by identifying local farmers markets, cutting down on food waste and providing information on regional produce available by season. And in sub-Saharan Africa, there are more than 650 million mobile phones that are regularly being used to convey information on market prices, weather reports and sustainable farming practices. These help smallholder farmers get better prices for their goods, prepare for natural disasters and increase their yields.

13. Artists all over the world are bringing attention to the need for change in the food system.

In September, musicians John Mellencamp, Willie Nelson and Dave Matthews performed at a music festival in upstate New York to benefit FarmAid, an organization supporting family farming in the U.S. Filmmaker Deborah Koons Garcia directed Symphony of the Soil, a documentary that emphasized the role of soil health in a healthy food system. The Nobel Peace Center in Oslo, Norway is currently showing an exhibition by photographers Peter Menzel and Faith D’Aluisio, which illustrates the vastly different foods that families from all over the world eat in one week.

14. There is more and more evidence that sustainable, small-scale farming can feed the world.

Many reports—the landmark International Assessment of Agricultural Knowledge, Science and Technology for Development (IAASTD), Food and Agriculture: The Future of Sustainability and the U.N. Food and Agriculture Organization’s Save and Grow, to name a few—have found that the answer to a more food secure world isn’t bound to complicated or sophisticated technology. Rather, it lies in organic, environmentally conscious farming practices that nourish the Earth. Many case studies from around the world have shown that small-scale farmers using organic practices are able to achieve yields that are equal to, and often in excess of, those of conventional farming operations.