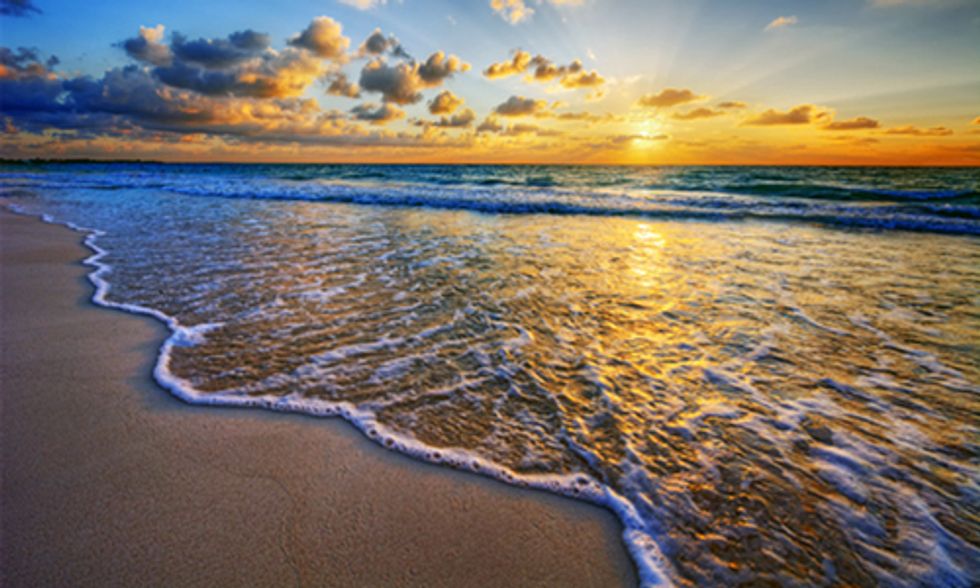 Chances are you’ve come across some ocean news lately. And it may even have been positive! Yes, the ocean is still in serious trouble due to overfishing, pollution, climate change and habitat destruction, but there are more and more success stories to point to, and point I shall.

Yes, the ocean is still in serious trouble due to overfishing, pollution, climate change and habitat destruction, but there are many success stories to celebrate from 2014.
Photo credit: Shutterstock

1. Big year for big marine reserves. Kiribati, Palau, and the Cook Islands each closed more than 50 percent of their waters to commercial fishing, and the U.S. quintupled the size of the Pacific Remote Island National Monument. This is not happening because conservation gives political leaders warm fuzzy feelings, and not just because (as Enric Sala explains) it makes good economic sense for fisheries, but because it’s good PR for tourism and for nations’ international reputations.

2. World leaders gathered to focus on ocean issues. The U.S. Department of State’s Our Ocean conference felt like a turning point in ocean policy. The focus was on success stories, solutions, and government commitments to conservation (see #1, above). Leonardo DiCaprio gave an impassioned keynote speech that became a cover story, and the conference is slated to become an annual event. There was also a Global Ocean Action Summit in The Hague, focused on the ocean economy.

3. We know what needs to be done to repair Caribbean coral reefs. A report co-authored by 90+ scientists, and analyzing data from 35,000 surveys of Caribbean reefs conducted over 42 years showed that coral has declined 50 percent since 1970. Yikes! But it also showed that if we protect key herbivores (like parrotfish and urchins) so they can eat the algae off reefs, and if we control coastal pollution and construction, then we may be able put Caribbean reefs on the mend. (See New York Times Op Ed I co-authored with Jeremy Jackson, We Can Save the Caribbean’s Coral Reefs).

4. Shark week viewers turned their focus toward conservation. The Discovery Channel’s Shark Week is the ocean conservation equivalent of the Super Bowl—it’s the most attention the ocean gets from the media all year. Most of the content is designed to make sharks seem like ravenous, terrifying man-eaters, and a shocking amount of it is fabricated. Viewers took to social media to say they’d had enough of this vilification and prevarication, and this year most shark week media coverage was critical. Sharks also got love from the public when Western Australia’s bizarre and horrible “shark culling” policy was met with widespread protests.

5. Ocean zoning is gaining traction as a management approach. More than 30 countries have embraced ocean zoning as a management tool. The latest is the Blue Halo Initiative in Barbuda, where the Waitt Institute partnered with the local government to develop comprehensive management plans for their waters. After 17 months of community consultations, this resulted in a zoning map that includes protection of 33 percent of the coastal waters in marine reserves.

7. A big commercial fishery recovered from overfishing. In 2000, the U.S. West Coast groundfish fishery was so overfished that it was declared a federal disaster. This year, after years of hard work and collaboration amongst the federal government, fishers, and NGOs like the Environmental Defense Fund, the stocks were rebuilt enough that the fishery was certified as sustainable. Sound management works!

8. The Clinton Global Initiative is focusing on oceans. CGI (an initiative of the Clinton Foundation) has a strong history of fostering cross-sectoral action on important issues, via its promotion of concrete commitments from member organizations. CGI’s burgeoning Ocean Action Network will convene in 2015 to co-create solutions amongst industry, governments, NGOs and philanthropists.

9. Seafood traceability is being tackled by policymakers and technologists. The trade in illegal, unregulated, and unreported (IUU) catches is difficult to eradicate because the seafood supply chain is largely opaque. In the U.S., up to 32 percent of imported, wild-caught seafood was caught illegally, and about 33 percent of seafood is mislabeled. A White House task force is addressing this issue, and a bunch of small organizations (like This Fish) are working to solve hook-to-plate tracking. Eating locally-caught seafood also addresses this problem, and that is gaining traction via community supported fisheries.

10. Plastic pollution in the ocean is getting sustained attention. A new scientific study estimates there are at least 5.25 trillion plastic particles in the ocean. As the world watched, the search for the missing Malaysia Airlines plane was complicated by the amount of debris on the ocean’s surface. But the invention that can supposedly collect tons of plastic out of the ocean?—sorry, not gonna work (though see these proven ways to reduce ocean plastic pollution). Meanwhile, in fashion, Pharrell, Bionic Yarn and Parley for Oceans partnered with G-Star to make quite nice clothing out of ocean plastics.

11. Local efforts to combat ocean acidification are increasing. A large portion of global CO2 emissions are absorbed by the ocean, making it more acidic. This threatens ocean life in many ways, from melting corals and eating away the shells of shellfish, to making fish behave oddly and become more vulnerable to predators. But since ~1/3 of ocean acidification is caused by land-based pollution, Washington State (to protect the waters where many delicious oysters are grown) developed an action plan to address local pollution, and Maryland and Maine are following suit.

12. Bristol Bay in Alaska was protected from oil and gas drilling. Forty percent of the U.S.’s wild seafood comes from Bristol Bay. The area has one of the world’s largest salmon runs, and is teaming with whales, seals and birds. Local and national activists have been fighting for this area’s protection, and succeeded in having the area closed to oil and gas drilling by presidential decree. Next step is to protect the headwaters from the proposed Pebble Mine.

13. A feature documentary was released about ocean hero Sylvia Earle. Marine biologist and ocean activist Dr. Sylvia Earle has dedicated her life to raising awareness about ocean issues and lobbying for conservation. The film Mission Blue captures her story, which is also a story of the ocean conservation movement, and an inspiring story of women in science. Check it out on Netflix. (Dr. Earle was also named one of Glamour Magazine’s Women of the Year)!

14. Communication on ocean issues is getting better and better. We are (finally! yay!) building critical mass for good communications on ocean issues. Complex issues are being distilled in ways that people get and can relate to. Special shout-outs to the perennial efforts by Upwell, Smithsonian Ocean Portal, National Geographic Ocean Views blog, Marine Affairs Research and Education, One World One Ocean and The TerraMar Project that are helping all this news bubble to the top. And for more on what’s working in ocean conservation, stay tuned to #OceanOptimism.