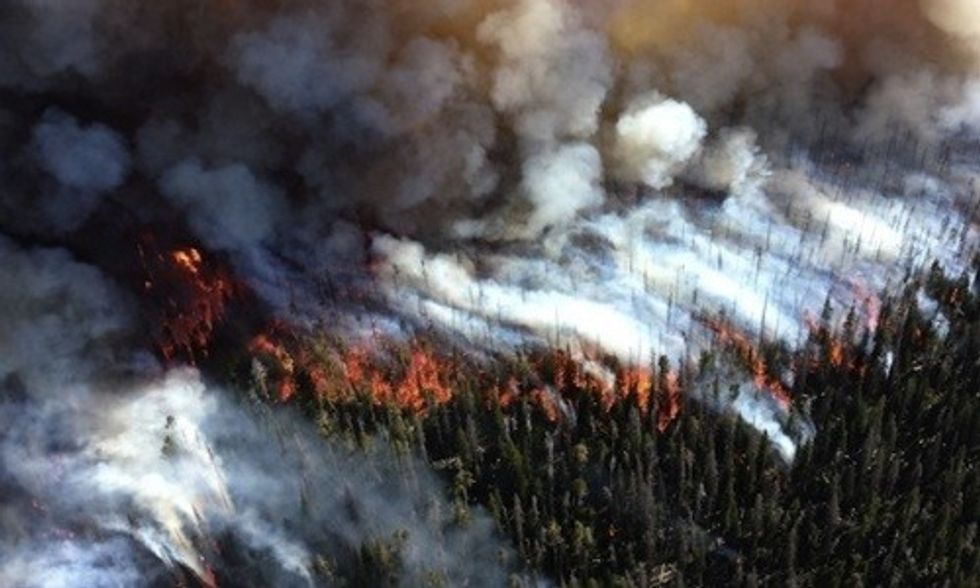 Even though skeptics would disagree, weather and climate are clearly two different things. We know that the greenhouse gases emitted by human activities such as burning fossil fuels and land use cause global temperatures to rise over long stretches of time, but what effect does that have on the weather today?

Well, according to a new study, we can now pin at least 14 extreme weather events in 2014—including heatwaves, drought, wildfires and floods—on climate change.

The report, Explaining Extreme Events of 2014 from a Climate Perspective, published in the Bulletin of the American Meteorological Society, uses research from 32 groups of scientists from around the world. Scientists from National Oceanic and Atmospheric Administration (NOAA) served as four of the five lead editors on the report.

The study says, for instance, that the drought in East Africa, extreme rainfall in France, and heat waves felt on nearly every continent can be linked to climate change. However, though California's wildfires have definitely increased over the years due to climate change, the study notes that there was no specific link to the wildfires last year.

As for the unusually frigid winter felt in many parts of the U.S. (remember the polar vortex?), the scientists suggest it was influenced not by climate change but by temperature variability.

“It is by no means a prevailing one-story-fits-all-events type of approach to this,” said Martin Hoerling, an editor of the report and a NOAA meteorologist, at a news conference. “It does require a specific analysis of each case on its own merit.”

For example, Brazil's horrific drought, is not necessarily due to rising global temperatures but perhaps instead to an increasing population and water consumption.

"For each of the past four years, this report has demonstrated that individual events, like temperature extremes, have often been shown to be linked to additional atmospheric greenhouse gases caused by human activities, while other extremes, such as those that are precipitation related, are less likely to be convincingly linked to human activities,” said Thomas R. Karl, director of NOAA’s National Centers for Environmental Information.

"As the science of event attribution continues to advance, so too will our ability to detect and distinguish the effects of long-term climate change and natural variability on individual extreme events. Until this is fully realized, communities would be well-served to look beyond the range of past extreme events to guide future resiliency efforts," he continued.

The scientists have urged for more research in this area. “Understanding our influence on specific extreme weather events is groundbreaking science that will help us adapt to climate change,” said Stephanie C. Herring, lead editor for the report. “As the field of climate attribution science grows, resource managers, the insurance industry and many others can use the information more effectively for improved decision making and to help communities better prepare for future extreme events.”

Here are the study's key findings across the world's continents, with events that can be attributed to climate change in bold: