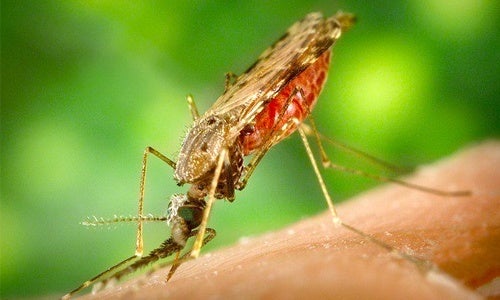 The World Health Organization declared the Zika virus an international public health emergency Monday as the disease continues “spreading explosively” and could infect as many as 4 million people in the Americas.

The health organization has only declared a public health emergency three times before for polio, swine flu and Ebola. Few people had ever heard of Zika before last month, and according to NPR’s Here & Now, “The mosquito-borne virus was known to cause mild symptoms like rashes and fevers, but in most infected people—four out of five—Zika didn’t produce any symptoms at all.”

But last month, Brazilian health officials reported more than 4,000 cases in the past year of infants born with microcephaly, a severe birth defect causing small heads and under-developed brains, and they believed the defects were linked to Zika.

NPR says the virus has spread to at least 24 countries with at least 30 cases in the U.S., all of them from people who contracted the disease after traveling to high risk areas.

Officials in countries, such as Brazil, Colombia, Venezuela, Jamaica and El Salvador, are advising women to avoid pregnancy until the outbreak has passed. The Brazilian government even enlisted 220,000 members of the military to go door-to-door to help eradicate mosquitos.

Climate change is helping the spread of diseases like the Zika virus https://t.co/f8oCo6B9Kn #ActOnClimate pic.twitter.com/2fEQQybeiL

And research shows that climate change, as Bill McKibben put it, is “inexorably” expanding mosquitoes’ range.

For thousands of years, humans have taken every precaution to avoid mosquitoes and the diseases they carry, from Malaria to Zika. But while techniques for fighting the insects have improved dramatically over time, scientists say long-term climate change could soon make protecting humans from mosquitoes much more difficult.

The link between climate change and mosquito-borne illness centers around how rising temperatures may expand the area in which mosquitoes can thrive. Most such illnesses can only be transmitted at temperatures between approximately 16°C (61°F) and 38°C (100°F), according to a World Health Organization report. Perhaps more significantly, the time it takes for mosquitoes to develop decreases significantly the closer temperatures are to around 30°C (86°F). The average global temperature is expected to rise by at least 2°C (3.6°F) by 2100 even if countries take dramatic action to limit their greenhouse gas emissions. In some areas, that shift will be much more dramatic.

Shifts in precipitation levels caused by climate change could also have an effect on where mosquitoes can successfully reproduce. Mosquitoes breed in still water habitats and remain for a week after heavy rainfall.