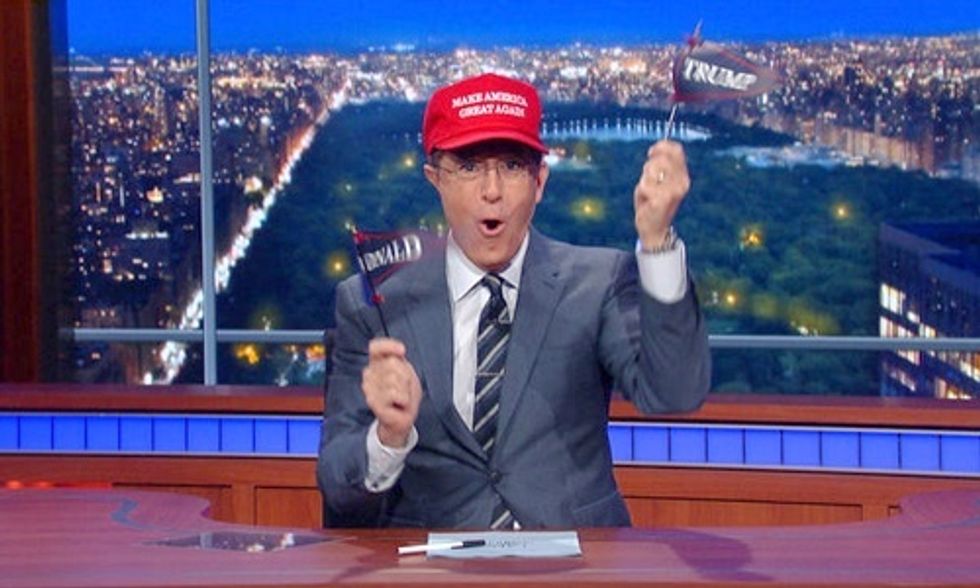 Stephen Colbert became the host of The Late Show just three short months ago and there's already a huge collection of hilarious moments.

He took light-hearted jabs at the Republican and Democratic debate participants.

While Colbert is known for his liberal viewpoints, he still mocked the Democratic debate.

2. Colbert was stoked when Pope Francis came to visit the U.S.

And he had no tolerance for pope haters. Colbert was so enamored with the pope, he called himself a "Francis fanboy."

Colbert even sang a special song for him.

When his Tesla received the latest autopilot update, Colbert couldn't contain his excitement: “This technology is self-driving towards us whether we like it or not." He even had Tesla CEO Elon Musk as a guest on The Late Show.

4. Colbert shared some bad news with meat-eaters and vegetarians.

Trump was a guest on the show just shortly after Colbert took over as host.

He came up with apologies for Whole Foods to use after it came to light that the company was profiting off of cheap prison labor.

7. Colbert explained how climate change could ruin your sex life.

Spoiler alert: It involved the use of the term "coital frequency."