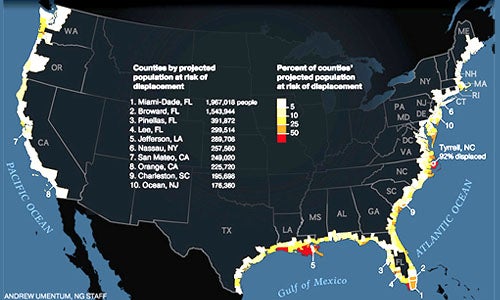 More than 13 millions Americans could be at risk from sea level rise and related flooding by the end of the century, triple the latest estimates, according to a new study in Nature Climate Change. 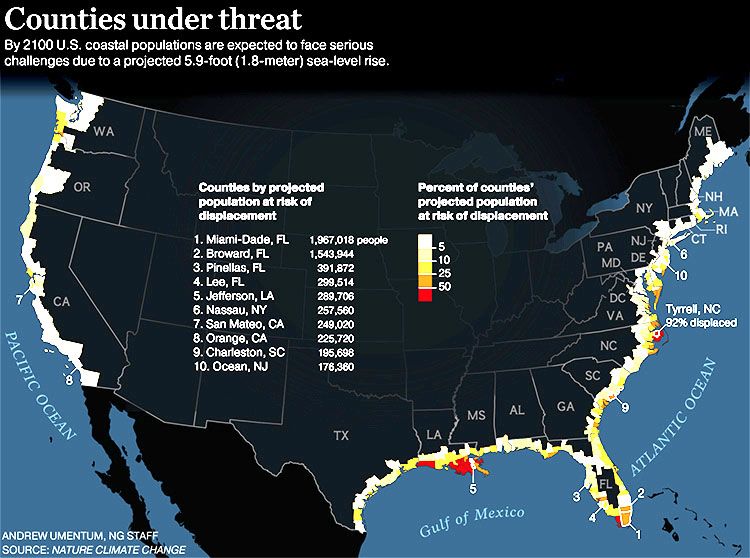 Based on the high-end of the National Oceanic and Atmospheric Administration’s sea level rise projections, the study argues that current projections don’t take into account rapid population growth in coastal areas. Nearly 50 percent of the at risk population would be in Florida and an another 20 percent in other parts of the Southeast. The research also estimates that the cost of relocating the at risk communities would be approximately $14 trillion.