12 Ways to Get Rid of Weeds Without Using Roundup 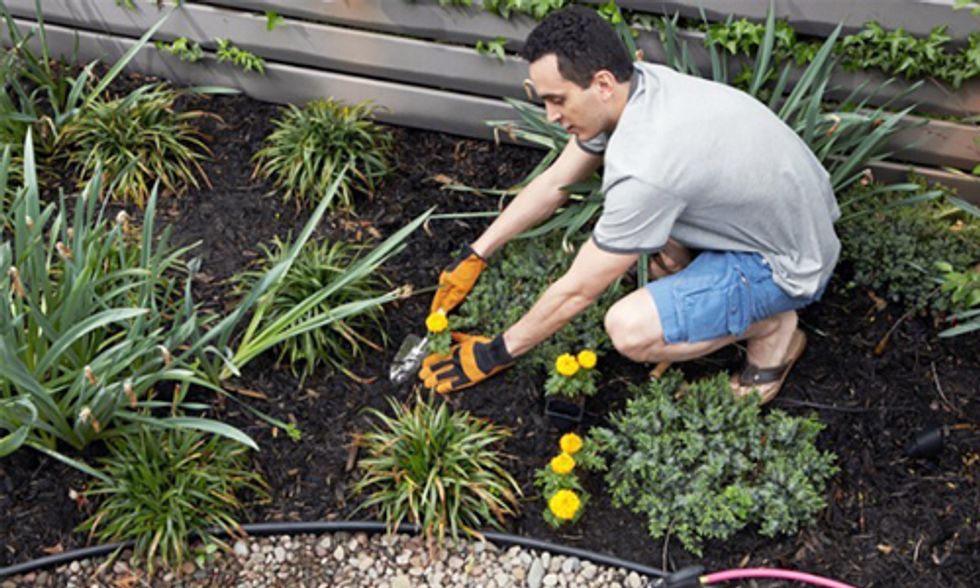 You don’t have to resort to chemical herbicides in order to get rid of invasive weeds. Safer options exist that will work just as effectively. They may take a bit more persistence, but the benefits of organic control methods far outweigh the negative health effects of chemical pesticides.

So what’s the big deal about Roundup? It’s a broad-spectrum systemic herbicide, which means it kills most plants that it comes in contact with. Roundup is also the most widely used herbicide in the world.

Glyphosate is the active herbicidal ingredient in Roundup. Many genetically modified food crops, such as corn and soybeans, have been scientifically designed to be resistant to glyphosate. Farmers can then spray Roundup on their fields and kill all the weeds, leaving only the food crop standing. This greatly simplifies weed control, but it also means the food crops are literally covered with Roundup. And so is any food you eat that’s made from these crops, like corn chips, bread and other packaged food.

A study by the Massachusetts Institute of Technology found that glyphosate residue in our food may enhance the damaging effects of other food-borne chemical residues and environmental toxins. This can lead to disruption of normal body functions and the development of diseases such as Parkinson’s disease, infertility and cancers.

We’re just starting to understand the serious long-term health and environmental effects of Roundup and other popular herbicides. The less we use these chemicals, the better. Try some of these effective organic weed-control methods instead.

Covering the soil with an extra layer of organic matter can smother and inhibit weeds, as well as prevent new seeds from germinating. You can mulch with compost, bark, wood chips, newspaper, cardboard, grass clippings, straw or most other organic matter. But make sure not to get hay, which can have a lot of unwanted seeds. You can also put ground cloth, old shower curtains or other thick material underneath a pathway made of wood chips or gravel to prevent weeds from growing through.

Manual removal with a shovel, hoe or other tool is an effective spot-treatment for basically all weeds. Many weeds may come back and need to be dug again. But consistent hand-weeding will greatly reduce their populations. When young weeds are promptly dug out, they won’t be able to seed and reproduce. And regularly digging up weeds with tap roots, such as dandelions or thistles, will weaken the root and eventually kill the plant.

Weeds can’t take hold if there’s no space for them. Try planting dense ground covers and perennial plants in ornamental beds. The shade and heavy root systems of trees and shrubs can naturally prevent weeds from growing underneath. If you’re battling weeds in your lawn, make sure you use grass varieties appropriate for shade, drought or other difficult areas where a regular lawn might not grow well, leaving openings for unwanted visitors.

The nutrients and irrigation you give your garden will encourage weeds as much as the plants you want to grow. Only give your plants what they need. Well-established trees, shrubs and perennial plants can often do well without a lot of extra fertilizer and irrigation. Vegetables may need a bit more, but you can be selective. Heavy feeders can get extra compost, like squash and cucumbers. However, you can feed crops like root vegetables much less.

Solarizing involves covering an area of weeds with a heavy plastic sheet. This works best in full sun where the heat will collect under the sheet and literally bake the weeds. Leave the sheet in place for 4 to 6 weeks. You’ll know it’s done when the weeds underneath are clearly brown and desiccated.

Turning over the soil in your vegetable patch or other beds will bring new weed seeds to the surface. Experiment with the no-till method of gardening, where you try to disturb the soil as little as possible. For example, if you’re seeding vegetables, only dig down as far as you need to plant the seeds instead of deeply digging or tilling the entire bed. The no-till method has also been shown to improve soil structure and fertility, as well as increase beneficial soil organisms.

Corn gluten meal is a powdery byproduct of the corn milling process that’s been found to prevent weed seeds from germinating. It’s often applied to lawns or can be used in other garden areas. It’s non-toxic to animals and you can buy certified organic corn gluten meal. If you can’t find it in your local garden center, corn gluten meal is available online.

Try spraying a mix of 1 ounce vodka, 2 cups of water and a couple drops of dish soap on weeds with good sun exposure. This will often dry them out and kill them. It doesn’t work well in shady areas. Also be careful not to overspray onto any of your regular plants, the vodka will dry out whatever plants it hits.

Regular 5 percent household vinegar can be used on its own against weeds. It’s even better mixed with salt and dish soap. Mix 1 gallon of white vinegar with 1 cup of table salt and 1 tablespoon of liquid dish detergent. Put the mixture into a plastic spray bottle and spray directly on targeted weeds.

The oil in soap naturally breaks down the surface of waxy or hairy weed leaves. Adding a few drops of liquid dish detergent to vinegar or vodka sprays will help it stay on the leaves and have the greatest impact.

Simply boil a kettle of water and pour it over any undesirable weeds to burn them. This works especially well for weeds growing in cracks of pavement or cement. The water will cool as it runs off to the sides of your pavement and won’t hurt any plants along the border.

This involves passing a flame over a weed briefly in order to fatally heat the plant tissues. A flame weeder is typically a wand connected to a propane tank. These may be carried at your local garden center or hardware store. Flaming will only kill the weed parts above the ground, not the roots, so you may need to flame your weeds a few times before they’re gone. Clearly, this should not be done during any dry spells when there is a risk of fire. Always follow the safety precautions that come with your flame throwing device.