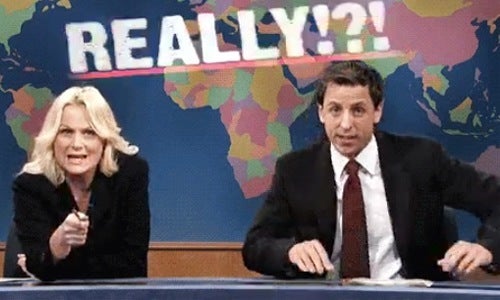 The GOP presidential debate last night took place at the University of Colorado Boulder. The theme of the debate was the economy, and it was moderated by CNBC. Just as with the previous debates, this one was criticized by environmentalists for not focusing enough on climate issues. Specifically, many on Twitter criticized the candidates for not discussing the huge economic impacts of climate change.

So far, this economic #GOPdebate has no mention of the climate crisis that is costing the US $150 billion annually pic.twitter.com/71YanoUsnA

I missed the #GOPDebate , who had the best plans for fighting climate change, protecting endangered species, and ending overfishing?

“Unchecked climate change will devastate our economy. Full stop,” said Tom Steyer of NextGen Climate. “The Republican candidates haven’t presented a plan to address climate change—and so those candidates still aren’t ready to be president. The next president simply cannot stand by as climate change hurts our economy, kills jobs and increases costs for American families.”

Did the #GOPDebate just talk more about fantasy football than #climate change?

In the main debate, Chris Christie at least mentioned climate change and “broke the Republican field’s silence on clean energy by talking about the jobs wind and solar create in Iowa and across the nation,” as the Sierra Club put it. Christie said he wants to see more investments in renewables from the private sector.

Hot tip for talking about job creation at #GOPDebate: #CleanEnergy investments create 3x as many jobs as fossil fuel https://t.co/s48dwweehN

“We worked with the private sector to make solar affordable and available to businesses and individuals in our state,” he said. “That’s the way we deal with global warming—not through government intervention, not through government taxes, and for God’s sake, don’t send Washington another dime until they stop wasting the money they are already sending now.” Christie also said he was interested in other energy sources, like oil, natural gas and wind.

In the earlier debate, Sen. Lindsey Graham of South Carolina and former New York Gov. George Pataki both criticized their party for denying the science on climate change. Graham was asked by moderator Carl Quintanilla if he is “in the wrong party’s debate” because of his views on climate change.

See what the senator has to say (question begins 50 seconds in):