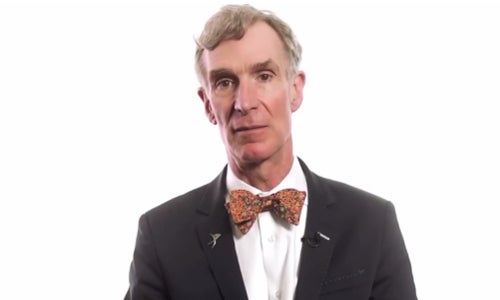 Bill Nye has been vocal in combatting attacks on science from climate deniers in Congress to his advocacy for GMO labeling. He even did a hilarious bit with John Oliver on how absurd it is that the science on climate change is inconclusive. His recently published book, Undeniable: Evolution and the Science of Creation, goes beyond the debate between evolution and creationism to discuss the nature of science itself, which unfortunately has come under serious threat for political gain. Never fear, Bill Nye is here! Here are 12 worth reading quotes: 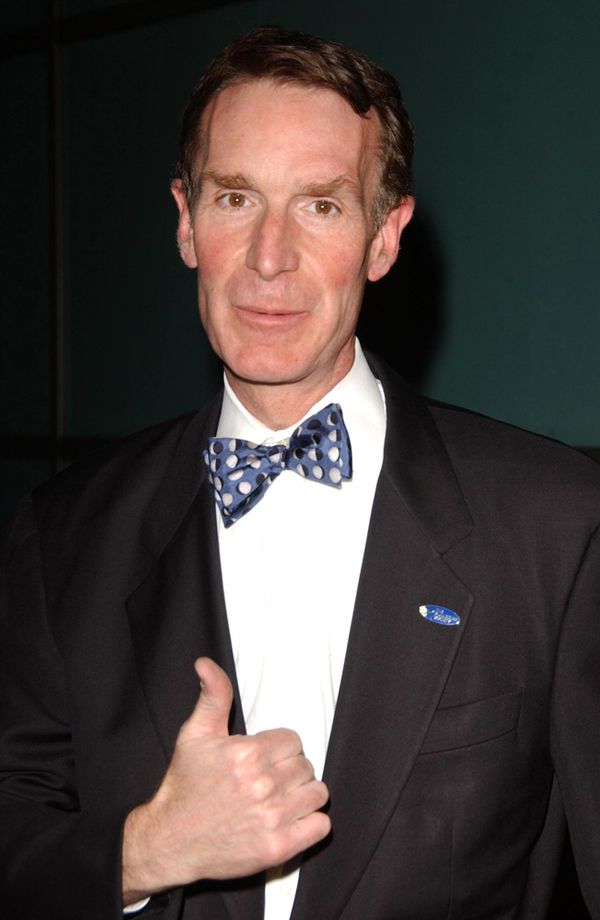 Bill Nye has long been a supporter of climate science education in our schools.

2. “Just a little climate change. Nothing to worry about.”

3. “To leave the world better than you found it, sometimes you have to pick up other people’s trash.”

5. “The naysayers are not only casting doubt on science and nonbelievers; they are also ignoring the billions of non-conflicted believers around the world, dismissing their views as unworthy.”

6. “It’s not one person versus the other person [in the climate science debate], it’s 97 people versus three people.”

7. “I often reflect on what an extraordinary time (pun intended) it is to be alive here in the beginning of the twenty-first century. It took life billions of years to get to this point. It took humans thousands of years to piece together a meaningful understanding of our cosmos, our planet and ourselves. Think how fortunate we are to know this much. But think also of all that’s yet to be discovered. Here’s hoping the deep answers to the deep questions—from the nature of consciousness to the origin of life—will be found in not too much more time.”

8. “We are a result of evolution, and therefore so are our creations—both the not-so-good and very good. It’s glorious.”

11. “To have a generation of science students brought up without awareness of climate change is just a formula for disaster. Everybody kind of knows this.”

12. “That living things change from generation to generation through a process that Charles Darwin and Alfred Wallace called natural selection or descent with modification—those are true things. Those are facts. And tectonic plates move. That’s a fact. And the world is getting warmer because of humans. That’s a fact.”

Senate Votes 98-1 That Climate Change Is Not a Hoax, But