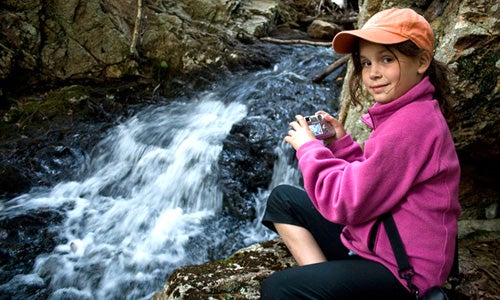 Our national parks can be fun for the whole family. Here are a few parks that are especially kid-friendly and great destinations for National Park Week.

This year marks the centennial year of the National Park Service, so there is no better time to teach our children how precious our national parks are and that they belong to all of us as Americans. We would be hard-pressed to find any park that doesn’t offer unforgettable experiences and engaging activities for children, but these 12 parks are a good place to start if you’re looking for parks to visit with kids.

Children in fourth grade can get in for free as part of the “Every Kid in a Park” program—and that includes free entrance for everyone in the same car.

Many national parks offer Junior Ranger Programs for children to learn about what it takes to be a park ranger and the responsibilities of taking care of our parks. 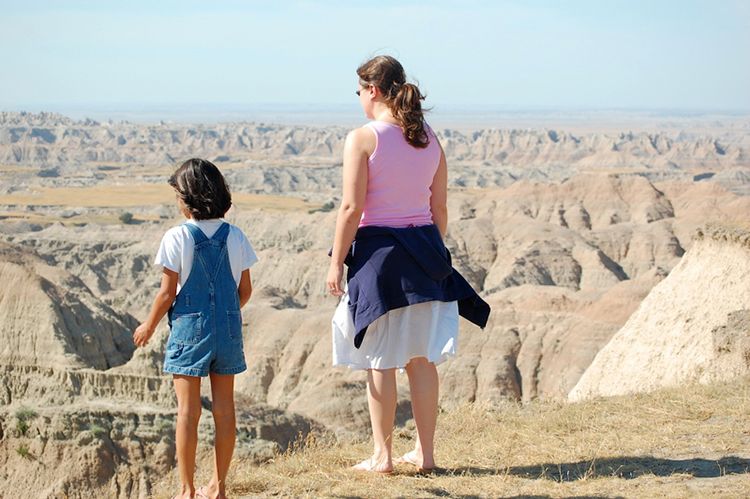 At Badlands, kids can also go on a geological scavenger hunt and take the Geology Challenge at one of the world’s richest fossil beds, brimming with artifacts and history. The Fossil Exhibit Trail is a quarter of a mile long with plenty of signage so kids know what they are looking at. If they want to feel like they’ve traveled to another planet, take them to see The Wall, which stretches for 80 miles with its other-worldly rock face and colorful stripes of erosion. Children can also visit the Paleontology Lab to see what fossils have been recently found in the park and earn a Junior Paleontologist Badge. Badland National Park’s 244,000 acres are also home to bison, bighorn sheep, prairie dogs and black-footed ferrets, so children should be on the lookout. 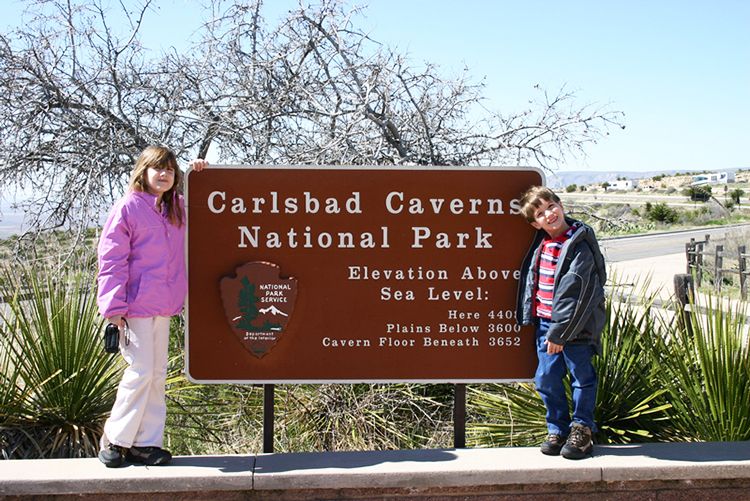 Children will be enchanted by the ancient sea ledges, deep rocky canyons, flowering cactus and wildlife above ground in the Chihuahuan Desert. Imagine how amazed they will be at the more than 119 caves hidden below ground, full of stalactites and stalagmites! Take the kids you know on a self-guided tour of the cavernous Big Room or crawl through the narrow passageways during a tour of the Hall of the White Giant at Carlsbad Caverns National Park, world-famous for cave tours and spelunking. Watch from afar as Brazilian free-tailed bats perform their daily mass exodus from the caverns during the summer—a free air show for viewers. 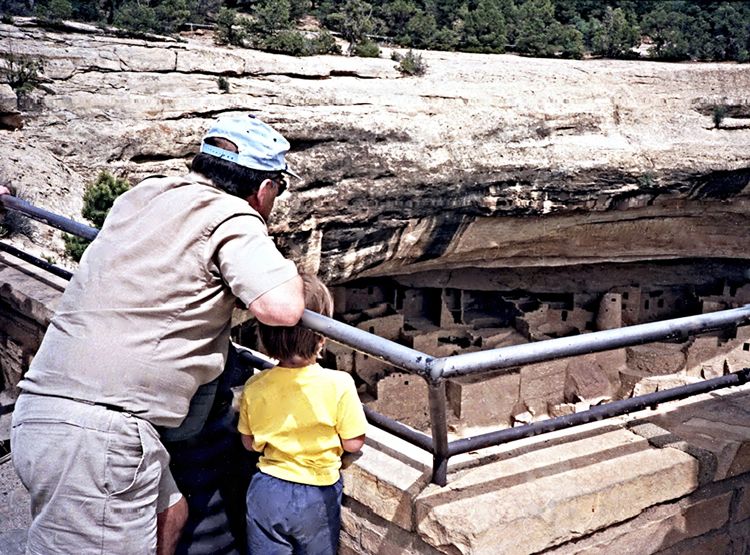 With all the different cliff dwellings to choose from, kids will be endlessly entertained. They can tour Cliff Palace, the largest cliff dwelling in North America or perhaps Balcony House, which is like a fun yet historic obstacle course with all of its ladders. Or take a self-guided tour to Stephouse and explore its petroglyphs, cliff dwelling and pithouse. After kids get tuckered out exploring the dwellings, challenge them to quietly spot a mule deer or turkey. Mesa Verde National Park is also a great spot for stargazing as there is little artificial light. Children can spot constellations in the sky after a fun day exploring the park. 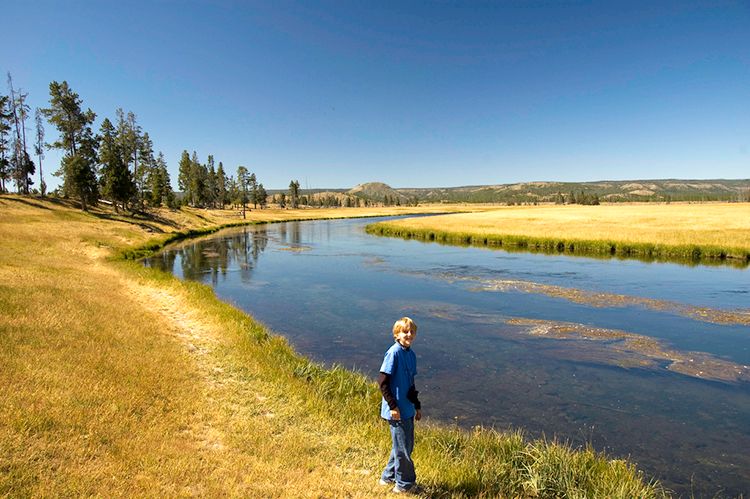 With more than 500 gushing geysers and mudpots and nearly four dozen elegant waterfalls, Yellowstone National Park comes alive and breathes excitement for children. With more than 400 different animal species here, including bears and elk, you can spot animals nearly anywhere in the park. You may even get lucky enough to have a herd of bison pass by your car for a close-up view. Kids can also participate in “Wildlife Olympics” and compare their skills to those of the animals at the park. Check out a Young Scientist Toolkit to investigate the area around Old Faithful so kids can earn a Young Scientist patch or key chain. 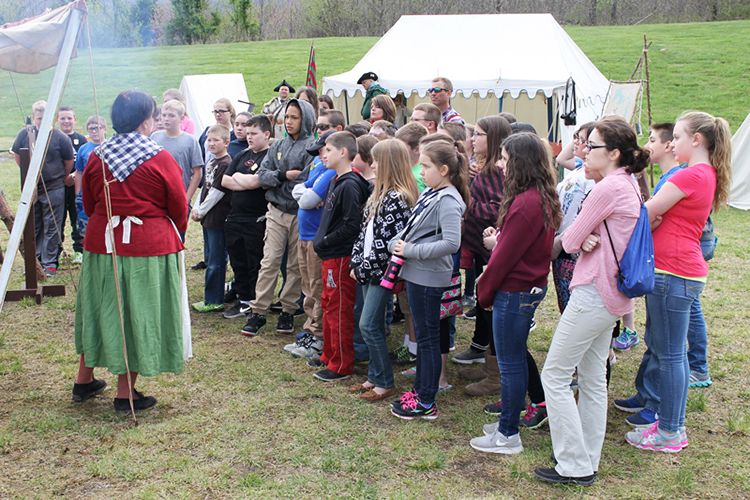 Kids can don a tri-corner hat, hunting frock or linen dress and experience the life of an early settler at the pioneer playhouse at the visitor center at Cumberland Gap National Historical Park. Children can also see actual artifacts and touch animal skins or can go sightseeing and wildlife watching for deer, beaver, fox, bobcat, bear and 150 species of birds. Beyond that, kids can discover rich history, spectacular overlooks, unique rock formations, cascading waterfalls and an extensive trail system in the park’s 24,000 acres. 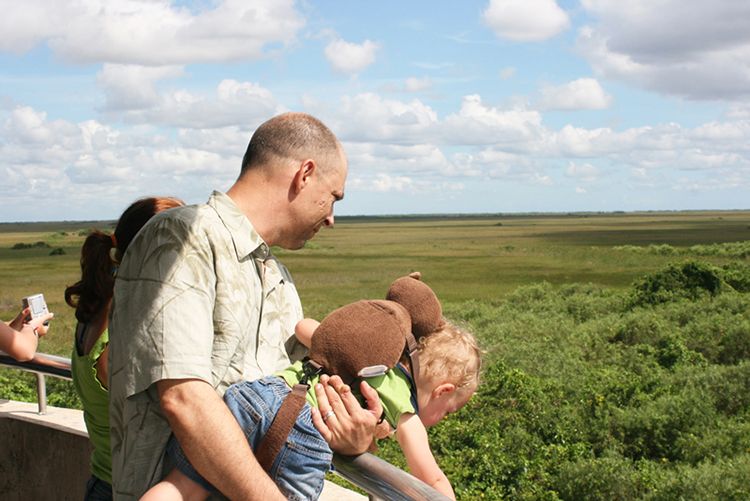 Everglades National Park, the largest subtropical wilderness in the United States, protects numerous rare and endangered species, like the gentle manatee, fearsome American crocodile and the stealthy Florida panther. Children can get involved with a real-life treasure hunt and search for geocached items or go canoeing down the Wilderness Waterway, a canopied river framed with ethereal greenery. Rangers lead hikes, slough slogs, bike trips and tram tours, all get-up-and-go activities that introduce kids to nature. 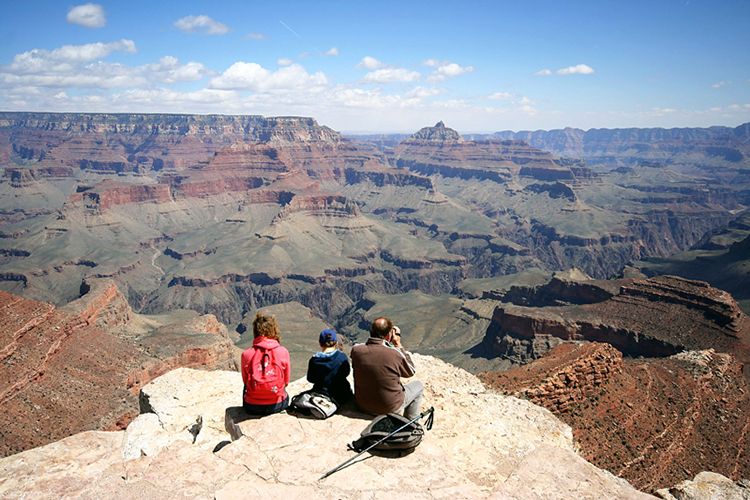 By itself, the 18-mile-wide, 277-mile-long Grand Canyon is itself the view of a lifetime at any age. Make it even more fun from the back of a mule. Families can also explore an exposed fossil bed during a one mile, one hour tour along the South Rim. Impressions of sponges, brachiopods and other marine creatures from more than 270 million years ago allow kids to travel back in time. 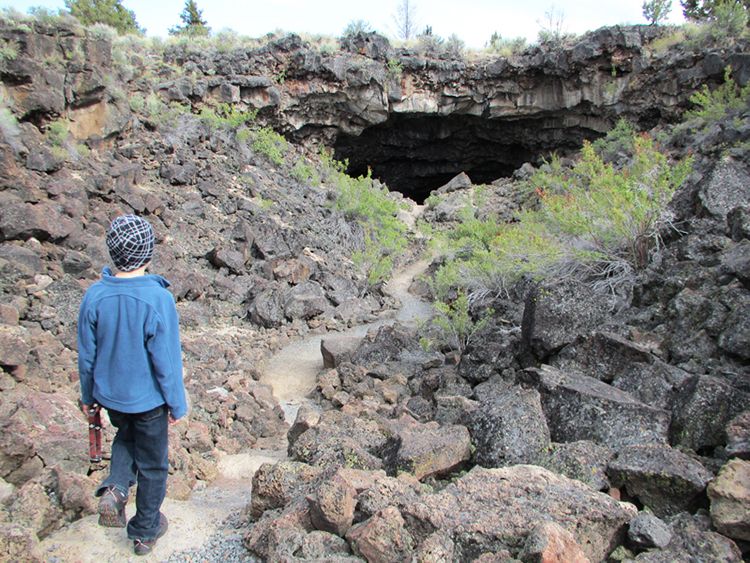 Over the last half-million years, volcanic eruptions have created a landscape with diverse volcanic features for kids to explore. One of the most exciting features the lava left behind were the Lava Tube Caves. The caves have varying levels of difficulty, so inexperienced cavers or children can enjoy the caves, too. They may even spot cave crickets, bats or rubber boas—all of which are neither dangerous not poisonous. This summer, Lava Beds is offering special events for children and those who want to become junior rangers. 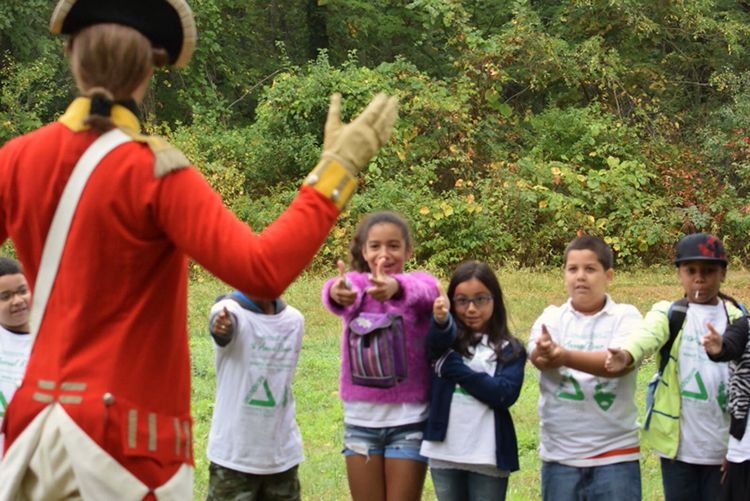 Kids can learn about how America came to be its own nation at this national historic park. Through multimedia programs about the road to revolution, British Redcoats and American rebels, children can hear about the first battles of the American Revolution. Beyond that, kids can participate in a ranger-led demonstration and be a part of a militia muster with costumed Minutemen, complete with drilling with wooden muskets. Don’t just learn about the Revolution—become a part of it. 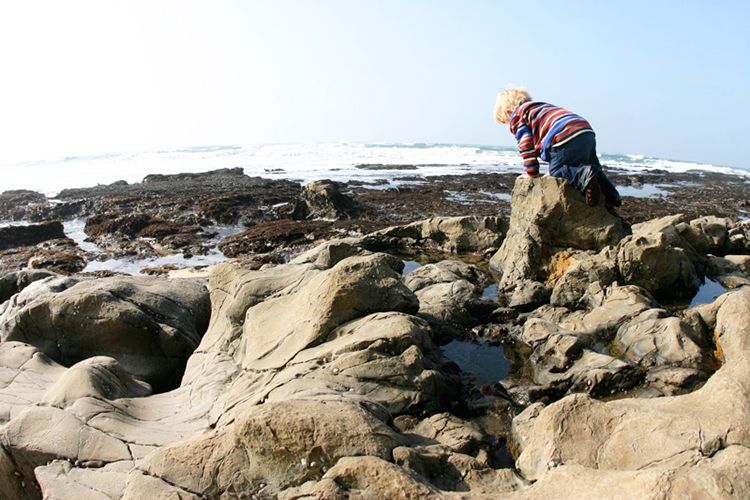 Olympic National Park encompasses several distinct ecosystems and protects a rich mosaic of natural and cultural history. Rivers flow, untamed, from glacier-capped peaks through sturdy forests while waves crash against the shoreline. Only trails traverse the vast interior of this internationally recognized wilderness. Kids can explore the tide pools that provide small windows into the lives of ocean dwellers and rivers, and visitors can end the day away from the city lights, stargazing and tracing constellations in the night sky. Among the thick trees, babbling rivers and foamy seashore, children can try to spot birds, deer, elk, bears and whales. 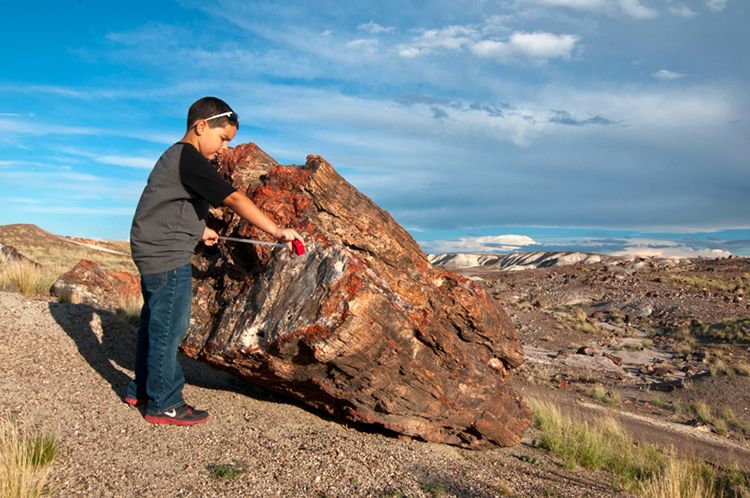 Hike through the rugged and majestic backcountry to give children an up-close look at the colorful petrified wood that is the namesake of the park. Explore around the hoodoos in Black Forest and marvel at the rocks’ height and balance. Try your hand at family geocaching or go horseback riding along trails in Petrified Forest National Park. Visit the Painted Desert Visitor Center and watch the park film, then visit the outlooks or the Painted Desert Rim Trail to view the vibrant stripes that decorate the rock formations of Painted Desert. The Rainbow Forest Museum features paleontological exhibits with displays of prehistoric skeletons. Kids can try their hand at being a paleontologist in the museum’s Blue Mesa Room. 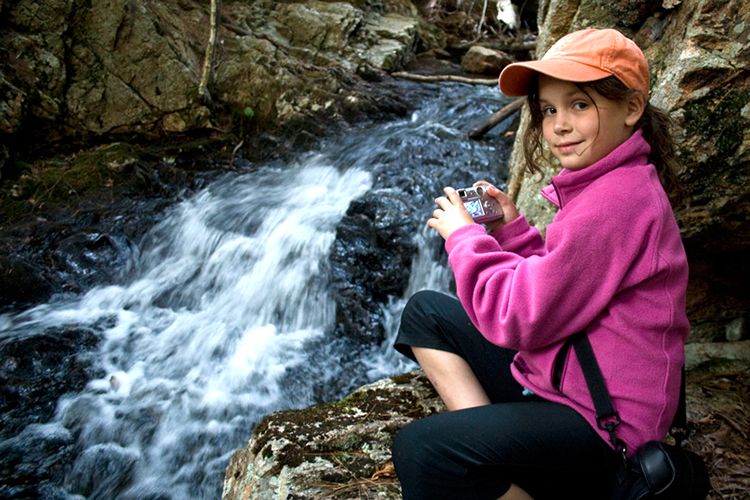 In Acadia, kids can feel like they’re on top of the world as they explore Cadillac Mountain, which reaches for the sky as the tallest mountain on the Atlantic Coast. Acadia National Park also offers the chance to hike granite peaks or horseback-ride along historic carriage trails. Children can chase the clear blue waves at Sand Beach and Echo Lake Beach, which are also perfect for constructing sand castles or lounging in swimming suits. Tide pools teem with aquatic animals and offer an up-close view of marine life. Kids can search for frogs in a pond or cast a line at one of the many fishing spots. Rangers lead tours and activities and kids can take part in the Junior Ranger Program to earn a certificate and patch.