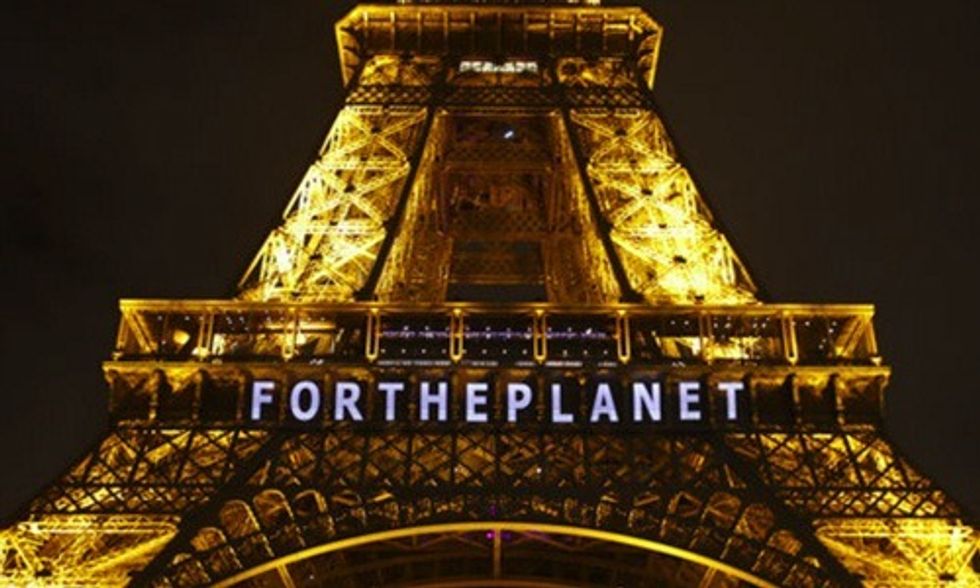 1. We’ve turned a corner on the central environmental challenge of our time

2. This agreement is ambitious

3. This agreement is comprehensive

4. This agreement has teeth

5. This agreement supports the global transition to a low-carbon economy

The world has come together to send a clear signal- the low carbon economy is on its way #ParisAgreement: https://t.co/3cgOlaseVA
— WRI Climate (@WRI Climate)1449946509.0

6. Every country will do its part, through plans tailored to each nation’s circumstances

7. We’ll get back together again every five years, beginning in 2020, to build on the progress we’ve made

9. No country has a more comprehensive plan to cut carbon pollution than China, and this agreement both enshrines those efforts and aligns it with the larger global movement.

10. India is working to hold down the growth of its carbon footprint while improving lives in a country with a fast-growing population and rapidly expanding economy.

11. It is time for Congress to get on board with the progress we need