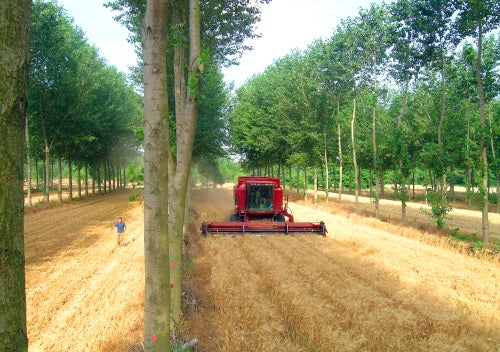 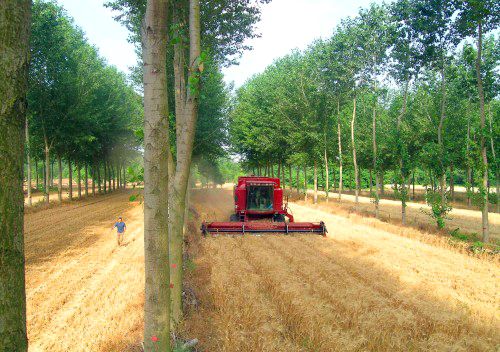 Soaring temperatures and low precipitation could not occur at a worse time for many farmers in the U.S.

Intensifying drought conditions are affecting corn and soybean crops throughout the Midwest, raising grain prices as well as concerns about future food prices. The U.S. Drought Monitor reports that 88 percent of this year’s corn crop and 77 percent of the soybean crop are now affected by the most severe drought since 1988. The U.S. Department of Agriculture (USDA) is providing drought assistance to 1,584 counties across 32 states and warns of increased food prices in 2013 as a result of corn and soybean yield losses.

Corn is currently selling at around $9 a bushel, a 50 percent increase from June, while soybeans are selling at a record high of $17 a bushel as a result of drought-related losses in crop yields. “The increased prices may benefit farmers in the short run,” said Danielle Nierenberg, director of the Worldwatch Institute’s Nourishing the Planet project, “but consumers will experience the aftermath of price increases in the form of more money spent on poultry, beef, pork and dairy products.”

Nearly half of all domestic corn production is used as livestock feed, a trend that is now encouraging larger livestock producers to import corn from Brazil while smaller farmers must reduce herd sizes by sending more animals to the market. Most immediately, poultry prices are expected to rise 3.5 to 4.5 percent due to the animals’ more rapid growth and therefore more sudden response to higher feed prices. The price of beef is projected to rise the highest—4 to 5 percent by November—but at a slower rate, reflecting the longer growth period and higher feed requirements of beef cattle.

Higher U.S. grain prices could have an even greater impact worldwide. The U.S. is the world’s largest corn producer as well as a major exporter of crop-derived agricultural products. Declining domestic production could translate into exacerbated food security problems abroad. Countries that import corn and soybean byproducts or animal feed, such as Japan and Mexico, will be affected the most.

Climate change is making it increasingly important to protect local agriculture in the U.S. and address the issues underlying its vulnerability to natural disasters, such as drought. “Fixing our broken food system is about more than just food prices,” said Nierenberg. “It’s about better management of natural resources, equitable distribution and the right to healthy and nutritious food.”

The Nourishing the Planet project highlights 12 agricultural innovations that can help make the U.S. and global agriculture more drought resilient, as well as sustainable.

1. Agroforestry: Planting trees in and around farms reduces soil erosion by providing a natural barrier against strong winds and rainfall. Tree roots also stabilize and nourish soils. The 1990 Farm Bill established the USDA National Agroforestry Center with the expressed aim of encouraging farmers to grow trees as windbreaks or as part of combined forage and livestock production, among other uses.

2. Soil management: Alternating crop species allows soil periods of rest, restores nutrients and also controls pests. Soil amendments, such as biochar, help soils retain moisture near the surface by providing a direct source of water and nutrients to plant roots, even in times of drought.

3. Increasing crop diversity: Mono-cropping often exposes crops to pests and diseases associated with overcrowding, and can increase market dependence on a few varieties: in the U.S., almost 90 percent of historic fruit and vegetable varieties have vanished in favor of mono-cultured staples such as Pink Lady apples and Yukon Gold potatoes. Encouraging diversity through agricultural subsidies and informed consumption choices can help reverse this trend and the threat it poses to domestic food security.

4. Improving food production from existing livestock: Improved animal husbandry practices can increase milk and meat quantities without the need to increase herd sizes or associated environmental degradation. In India, farmers are improving the quality of their feed by using grass, sorghum, stover and brans to produce more milk from fewer animals. This also reduces pressure on global corn supplies.

5. Diversifying livestock breeds: Most commercial farming operations rely on a narrow range of commercial breeds selected for their high productivity and low input needs. Selective breeding, however, has also made these breeds vulnerable to diseases and changing environments. Lesser-known livestock such as North American Bison are often hardier and produce richer milk.

6. “Meatless Mondays”: Choosing not to eat meat at least one day a week will reduce the environmental impacts associated with livestock as well as increase food availability in domestic and global markets. Current production methods require 7 kilograms of grain and 100,000 liters of water for every 1 kilogram of meat. Livestock production accounts for an estimated 18 percent of human-caused greenhouse gas emissions and roughly 23 percent of agricultural water use worldwide.

7. Smarter irrigation systems: The Ogallala High Plains Aquifer, which supplies essential groundwater to many Midwestern states, is experiencing record rates of depletion due to extraction for irrigation purposes. Almost 50 percent of commercial and residential irrigation water, however, is wasted due to evaporation, wind, improper design and overwatering. Installing water sensors or micro-irrigation technology and planning water-efficient gardens or farms using specific crops and locations can significantly reduce water scarcity problems.

8. Integrated farming systems: Farming systems, such as permaculture, improve soil fertility and agricultural productivity by using natural resources as sustainably and efficiently as possible. Research and implementation of permaculture techniques, such as recycling wastewater or planting groups of plants that utilize the same resources in related ways, are expanding rapidly across the U.S.

9. Agroecological and organic farming: Organic and agroecological farming methods are designed to build soil quality and promote plant and animal health in harmony with local ecosystems. Research shows that they can increase sustainable yield goals by 50 percent or more with relatively few external inputs. In contrast, genetic engineering occasionally increases output by 10 percent, often with unanticipated impacts on crop physiology and resistance.

10. Supporting small-scale farmers: Existing agricultural subsidies in the U.S. cater disproportionately to large-scale agribusinesses, 80 percent of which produce corn for animal feed and ethanol. This means that small-scale producers are affected more acutely by natural disasters and fluctuating commodity prices, even though they are more likely to be involved in food production. Government extension and support services should be adjusted to alleviate this deficit.

11. Re-evaluating ethanol subsidies: Although ethanol’s share of U.S. gasoline is still relatively small (projected at 15–17 percent by 2030), in 2009 the Congressional Budget Office reported that increased demand for corn ethanol has, at times, contributed to 10–15 percent of the rise in food prices. Encouraging clean energy alternatives to crop-based biofuels will increase the amount of food available for consumption, both at home and abroad

12. Agricultural Research and Development (R&D): The share of agricultural R&D undertaken by the U.S. public sector fell from 54 percent in 1986 to 28 percent in 2009, and private research has filled the gap. Private companies, however, are often legally bound to maximize economic returns for investors, raising concerns over scientific independence and integrity. Increased government funding and support for agricultural research, development and training programs can help address issues such as hunger, malnutrition and poverty without being compromised by corporate objectives.

Although food prices will certainly continue to rise as the current drought runs its course, it is clear that the U.S. has the knowledge and the know-how to make its agricultural system more sustainable and food secure. It’s now a question of putting these innovations to work.