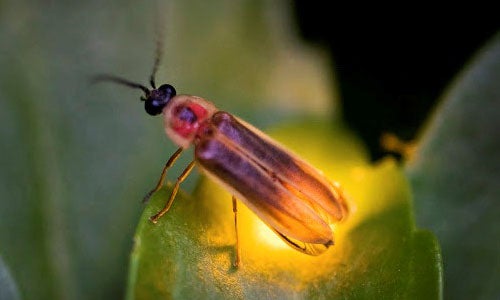 The flying, twinkling lights of fireflies are a mystical summer attraction. While lightning bugs are common in nature, there’s a few things you might not know about them.

Here are 12 fun and interesting facts about nature’s glowing wonder:

The name “firefly” is a little misleading. Fireflies are nocturnal members of Lampyridae (which in Greek means “to shine”) a family of winged beetles. But “firebeetles” doesn’t have the same ring to it. There are more than 2,000 species of fireflies. And only some of those species have the ability to light up (see No. 3). 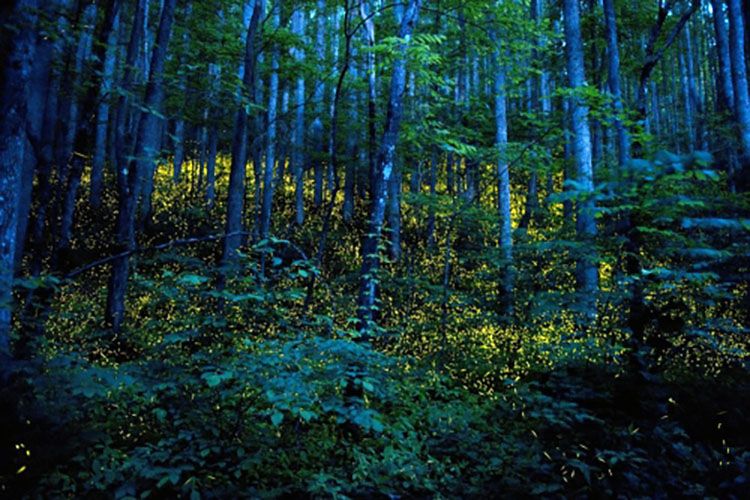 2. Fireflies are just one type of bioluminescent species

Fireflies are probably one of the more popular of these species, but they’re definitely not alone in their ability to light up. Most of their bioluminescent peers live in the ocean so people don’t have as much contact with them. Their light is created by a chemical reaction during which oxygen combines with calcium, adenosine triphosphate (ATP) and luciferin with the help of the enzyme luciferase. When they are larvae, fireflies use their bioluminescence to scare off predators.

3. Not all fireflies have the “fire”

Fireflies aren’t just abundant in the eastern states, the west has them as well, they just don’t light up over there. Those who don’t produce light are usually most active during the day. Non-bioluminescent fireflies use pheromones to attract mates.

4. Scientists discovered luciferase because of fireflies

When it was first discovered, the only way to obtain the chemical was to extract it from fireflies themselves. Eventually, scientists figured out how to create synthetic luciferase. Some people still collect the enzyme from the flying lanterns. Luciferase is used in scientific research for food safety testing and some forensic tests. 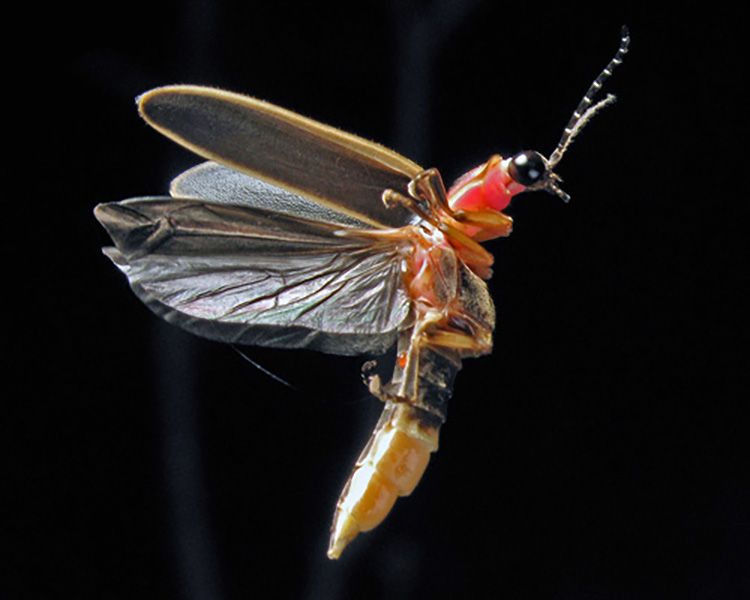 6. Their light shows are mating acts

Most of the fireflies flying around are males looking for a mate. Each species has a specific light pattern that they use to communicate with each other. Once a female spots a male she likes, she will respond with the same light pattern. Usually females are perched on plants, waiting for a mate.

7. Some species synchronize their flashing

Scientists aren’t sure why fireflies do this, but some theories include competition or to make them more noticeable. If a bunch of male fireflies are flashing the pattern at the same time, they are more likely to attract females. The only species of fireflies in America that do this are the Photinus carolinus. They live in the Great Smoky Mountains and the U.S. National Park Service organizes watch parties for the shows.

8. Not all firefly light looks the same

Each species has their own specific color of light they produce. Some glow blue or green while others glow orange or yellow.

Unlike cicadas, these summer bugs should not be cooked, baked or grilled. If you do try to eat a firefly, it will probably taste bitter. The beetles can even be poisonous to some animals. When fireflies are attacked, they shed drops of blood. The blood contains chemicals that create the bitter taste and poison. Most animals have learned this and avoid munching on fireflies. 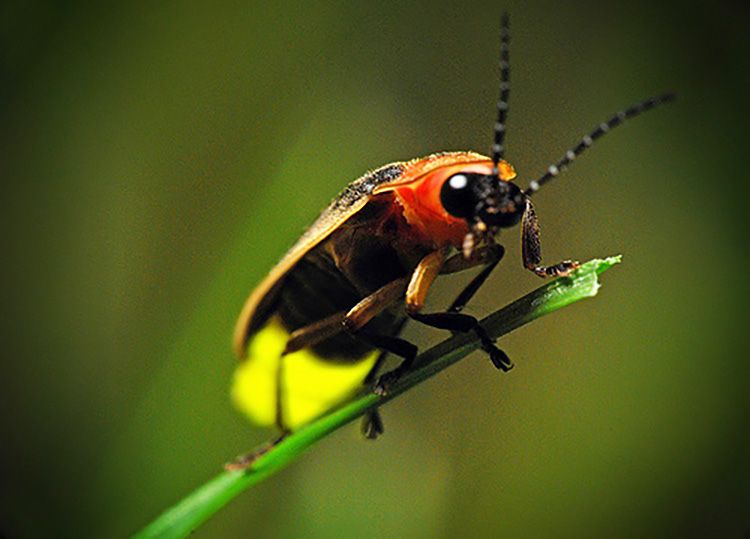 When fireflies are still in the larvae stage, they snack on snails. Usually as they mature, they move away from meat. Scientists believe adult fireflies live off of nectar and pollen or they don’t eat at all. But others, especially the Photuris fireflies enjoy their own kind. Photuris females often eat males of other genera. They attract the unsuspecting males by mimicking their light pattern.

11. Their numbers are declining

There are several reasons why firefly populations are declining, including climate change and the harvesting of luciferase from them (see No. 4), light pollution and habitat destruction. When firefly habitats are destroyed for roads or other construction, they don’t migrate to a new spot, they simply disappear.

12. Enjoying the light show in your yard can help scientists

Your observations can help scientists learn more about fireflies and why they’re disappearing. Enjoy the show and help save the insect at the same time.