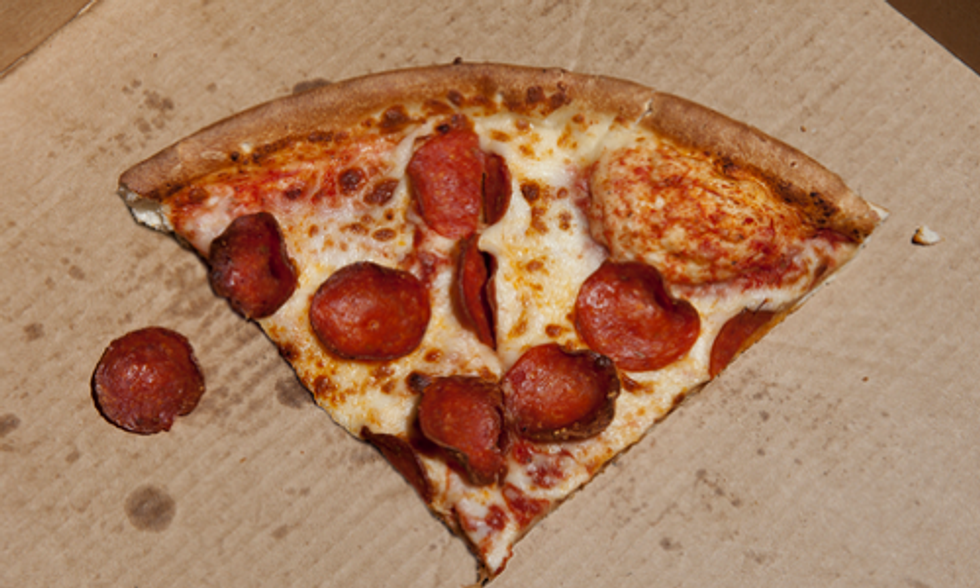 When one of its gas wells exploded in Dunkard Township, Greene County, PA, killing one worker, injuring another and sparking a fire that burned for days, Chevron responded by issuing pizza coupons to area residents. Today, thousands outraged by the insulting gesture let Chevron’s CEO and staff know that pizza does not mean never having to say you’re sorry.

In an apparent effort to smooth ties with the town, last week Chevron delivered coupons for one large pizza and a two-liter drink to residents affected by the blast.
Photo courtesy of Shutterstock

Karen Feridun, founder of Berks Gas Truth, started organizing a call-in day on social media that quickly grew to include a petition drive and a delivery of the signatures gathered to Chevron’s office. Chevron’s ‘let them eat pizza’ attitude toward the people most directly and profoundly impacted by the explosion speaks volumes about how people in the communities are regarded by the industry as a whole.

“I’ve never seen a response like this," said Feridun. "People jumped at the chance to show Chevron their disgust at its wholly inadequate and inappropriate response.”

"Small gestures like pizza and pop do not change the destruction Chevron has left behind in Bobtown," said Veronica Coptis, local resident and Center for Coalfield Justice community organizer. “If they want to help this community, how about taking meaningful steps like eliminating dangerous pollution or destructive truck traffic?"

Environmental Action and MoveOn.org aided in gathering signatures on the petition. Food & Water Watch also gathered signatures from its membership.

The idea to deliver the petition signatures to Chevron’s Smithfield, PA, office came from Jesse Bacon, a field organizer Environmental Action Pennsylvania. “If Chevron is really so insensitive as to think pizza can make everything better—even the death of one of their own employees and a threat to an entire town—we needed a special delivery to get their attention."

“We are very concerned about exploitation of communities by Chevron and other drilling companies. Chevron has publicly stated the company is committed to doing it [unconventional operations] right, but the pizza coupon comes across as very insincere and dismissive of the serious impacts those living near shale gas wells face daily," Hilton stated. "Residents impacted by the explosion in Greene County, and indeed those impacted by shale gas development across the region, deserve to be properly compensated. Chevron’s response to this tragedy was completely and wholly inappropriate. Shame, shame.”

Ken Duffala, a representative with the Izaak Walton League of America in Greene County, made the following statement regarding Chevron’s actions:

With the recent tragedy in Bobtown and Chevron’s pizza and soft drink offer to the public, a lot of residents feel the offer was hollow. The issue missed is that clean air and clean water need to be a top concern. I would highly recommend that the family of the worker who was killed be the highest concern, and that well safety be strictly enforced so no others lose their lives.

"For years we've witnessed the blatant disregard for public wellbeing that oil and gas corporations have shown to Pennsylvania communities, through their inherently dangerous and polluting fracking operations," said Emily Wurth, water program director at Food & Water Watch. "But the callous tone-deafness of Chevron's pizza campaign in Dunkard Township took even us by surprise. Chevron's absurd response to community hardship speaks volumes."