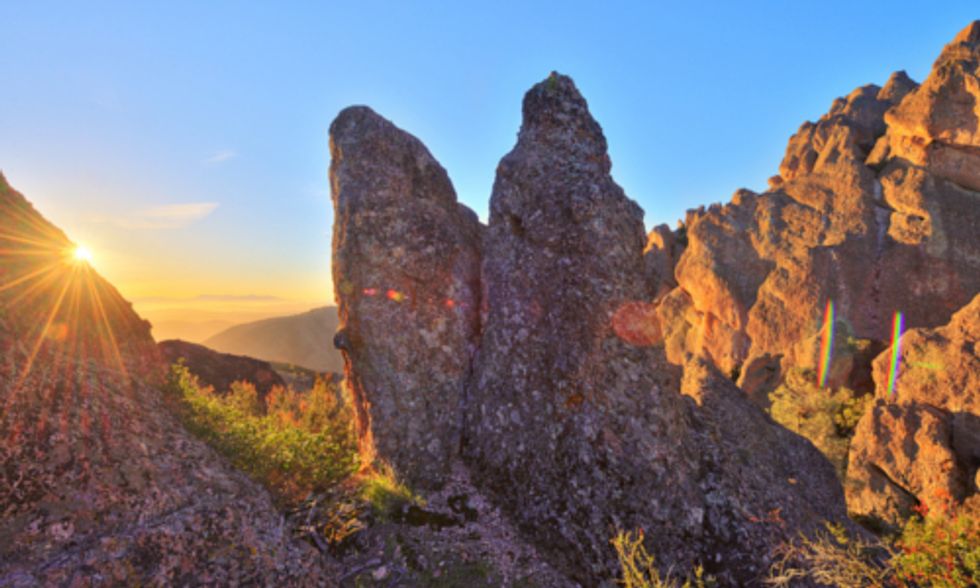 2013 presented plenty of challenges for conservation. Special interest groups and anti-wilderness members of Congress continued their attempts to give away vast swaths of public wild lands to mining, logging and oil and gas interests. These attacks on wildlands included some of our most beloved, pristine areas from Yosemite National Park to the Arctic Refuge.

Together, The Wilderness Society and supporters fended off these attacks on majestic forests, parks, refuges and Bureau of Land Management (BLM) lands, while also winning permanent protections for spectacular areas from New Mexico to Washington. In other places, such as Montana's Rocky Mountain Front, significant progress was made towards gaining permanent protections for other special wild areas.

In a major victory for public wild lands and the people who visit them, President Obama named five new national monuments in March of this year. Stretching across roughly 240,000 acres of geologically-diverse land between the San Juan and Sangre de Cristo Mountain ranges, New Mexico’s Rio Grande del Norte was the largest of the newly-protected areas, but it has been considered a signature attraction of the American southwest for many years. The area is a hot spot for anglers and other outdoor recreation seekers, but it also offers pockets of solitude and simple, stunning beauty—to wit, the 10,000-foot volcanic Ute Mountain and a stretch of the wild Río Grande River.

The San Juan Islands, an archipelago in Washington’s Puget Sound, is another of the new national monuments designated in 2013. The area may be best known for a series of historic lighthouses, but it lays claim to an abundance of natural beauty as well: sandy beaches, rocky cliffs and hiking trails make it an increasingly popular destination for travelers. Animal inhabitants of the islands and their immediate area include black-tail deer, river otter, mink and marine life like orcas and seals. Other natural and cultural landmarks tabbed as national monuments this year were Harriet Tubman National Monument (Maryland), Charles Young Buffalo Soldiers National Monument (Ohio) and various Delaware Historic sites.

California’s Pinnacles National Park, which was upgraded from national monument status this year after more than a century, is aptly named. The 26,000-acre stretch of land is clustered with striking mountain spires, all brought forth by geological upheaval over the course of millions of years. Rock slides have formed several talus caves (openings between boulders) in the park, some of which are home to major bat colonies. Elsewhere, habitat ranges from dry chaparral to riparian forest full of flowering native plants. Pinnacles National Park is home to strange and wonderful wildlife as well, including the threatened California red-legged frog and about two dozen California condors. The latter, managed as part of an ongoing recovery effort, affect a regal air, tapered white slashes highlighting a nine-foot wingspan as they survey the craggy peaks from high overhead.

Washington celebrated a huge victory early this year when state legislature passed a bill that protected a whopping 50,000 acres of land in the picturesque Teanaway River Valley, east of Seattle. Recognizing the fundamental link between land and water conservation, the Wilderness Society helped to guide a management plan that included significant land protections and is thrilled to see the Teanaway conserved for the enjoyment of future generations.

5. Sensitive areas in the National Petroleum Reserve-Alaska protected from oil and gas drilling

After years of fighting to protect Alaska’s National Petroleum Reserve-Alaska from unrestricted oil drilling, the campaign to protect America’s largest tract of public land paid off when the Department of the Interior issued a final management plan that will protect 11 million acres of "Special Areas" from oil and gas development. These sensitive areas are west of the renowned Arctic Refuge and share many of the same spectacular attributes, included important habitat for caribou, migratory birds, polar bears and wolves. The decision also protects Alaska Native communities who depend on this land for sustenance. In addition, the BLM has announced a 2013 strategic plan to clean up more than 130 abandoned oil and gas well sites, which threaten to pollute this fragile ecosystem.

Conservationists won the day for Utah’s magnificent red rock canyon country when a federal judge struck down a management plan that wrongly prioritized rampant off-roading over Utah’s wildlands. The Wilderness Society was part of a conservation coalition that originally challenged the plan in an attempt to bring balanced management to Utah’s spectacular public lands.

After a public outcry, Yosemite National Park was removed from a disastrous bill that would have opened huge areas damaged by the Rim Fire to logging without ordinary public notice or environmental review. This would have compounded the damage of the blaze itself and disrupted wooded areas’ natural cycle of recovery. Yosemite, which is comprised of about 95 percent protected wilderness area, welcomes millions of visitors each year to be moved by its crashing waterfalls and erosion-chiseled terrain. Lamentably, nearby Stanislaus National Forest remains in the logging bill. Emigrant Wilderness, a great spot for hiking and horseback riding that falls under the purview of the legislation, is known for its volcanic ridges, eerie basalt columns and alpine lakes.

The ban on uranium mining on public lands around Grand Canyon National Park was upheld. Last year, the Department of Interior finally protected one million acres surrounding the Grand Canyon from new mining claims. This year, mining companies sued, but a judge ruled to uphold the protections.

The Wilderness Society has put in years of work to increase protection for the Rocky Mountain Front, a virtually unspoiled area in Montana where the craggy limestone forms of the Rocky Mountains give way to lake-dotted plains. This year a bill introduced by Sen. Max Baucus (D-MT) that would add 67,000 acres to the eastern fringe of the existing Bob Marshall and Scapegoat Wilderness Areas and set aside additional space for a Conservation Management Area took a big step forward, passing unanimously out of a Senate committee in November. In addition to protecting a gem of American biodiversity, the bill represents the spirit of bipartisan comity: hunters, anglers, local businesses and conservation interests have united to spearhead the effort from the grassroots up.

Not a year goes by that special interests don't attempt to open this crown jewel of our refuge system to oil and gas development. This year was no different. Gov. Parnell (R-AK) proposed a plan for seismic testing to search for oil and gas in the refuge, not just once but three times this year. Such development would irreparably harm the refuge's fragile ecosystem, which supports vibrant and diverse Arctic life, from tiny tundra plants to thundering caribou herds and roaming polar bears. All three of Parnell's attempts were rejected by the Interior Department and the refuge continues to exist in peace. However, it is only through an official wilderness designation that the Arctic Refuge will finally be protected from drilling proposals.