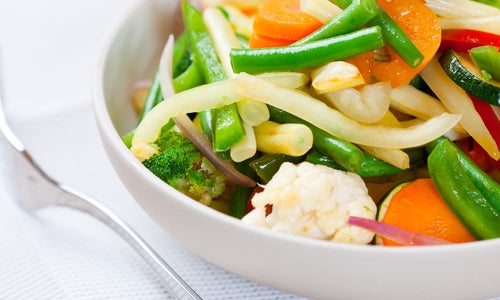 There is a lot of controversy in nutrition.

Sometimes it seems like people can’t agree on anything at all. But there are a few exceptions to this: some nutrition facts that aren’t controversial. Here are 11 universal truths in nutrition that people actually agree on. 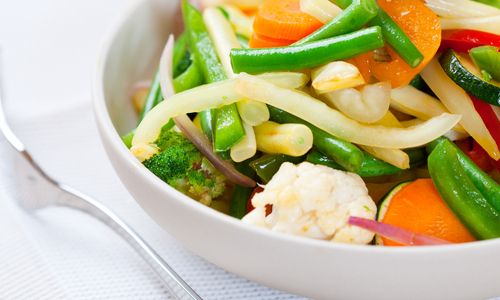 There is ongoing debate about fats in the diet, but most people agree that trans fats are harmful.

These fats can raise small, dense LDL (bad) cholesterol and lower HDL (the good) cholesterol, cause insulin resistance and belly fat accumulation, while driving inflammation. There are now studies showing that trans fat consumption is strongly linked to many serious diseases, including heart disease and type 2 diabetes.

These fats are found mostly in highly processed foods. The best way to avoid them is to read labels and avoid anything that has the word “hydrogenated” on the ingredients list.

A little known fact is that refined vegetable oils like soybean and canola oils also contain significant amounts of trans fats, from 0.56-4.2 percent, although it’s usually not listed on the label. It’s best to avoid these too.

Bottom Line: Trans fats are man-made fats, made by “hydrogenating” polyunsaturated vegetable oils. These fats can cause severe harmful effects on metabolism and contribute to many diseases.

There is growing consensus that processed foods are harmful.

Humans evolved eating unprocessed “real” foods, which retain all the nutrients and fiber found in foods in their natural state. Most highly processed foods don’t really resemble real food at all. They consist of refined ingredients and artificial chemicals, assembled in a package that looks and tastes like food.

Processed foods are harmful for various reasons. They tend to be high in harmful ingredients like sugar, refined carbs and processed oils. At the same time, they are very low in micronutrients, fiber and antioxidants.

But what many people don’t realize is that the food industry puts a LOT of science and effort into making processed foods as “rewarding” (and addictive) as possible. The way foods are “engineered” effectively short circuits the brain mechanisms that are supposed to regulate our appetite. This is why people tend to eat much more than their bodies need if they base their diet around processed foods, which leads to obesity and metabolic disease.

There are also studies showing that we only burn half as many calories digesting processed compared to whole foods, so people who eat mostly processed foods will burn fewer calories throughout the day.

Bottom Line: Whole foods are much healthier than processed foods, which tend to be low in nutrients, high in harmful ingredients and designed to drive over consumption.

Humans cannot produce polyunsaturated Omega-3 and Omega-6 fatty acids. However, they are needed for optimal function of the body and are therefore termed the “essential” fatty acids.

There is actually quite a bit of controversy regarding polyunsaturated fats, but most of it revolves around Omega-6 fats. The other kind, Omega-3, is actually not controversial at all. Pretty much everyone agrees that it is needed and that most people aren’t getting enough.

Omega-3 fatty acids are required for various purposes. They are structural molecules in cell membranes, especially in the brain. Omega-3 consumption is linked to improved neurological health, including improved intelligence, reduced depression and a lower risk of dementia. But they also play critical roles in other cellular processes, such as inflammation, immunity and blood clotting.

The modern diet is low in Omega-3, but extremely high in Omega-6. This is a terrible combination, because eating a lot of Omega-6 actually increases the need for Omega-3.

The best way to get enough Omega-3s is to eat fatty fish and grass-fed/pastured animal foods. If that is not an option, taking an Omega-3 supplement like fish oil is important. Omega-3s are also found in some plant foods, including flax seeds and chia seeds. However, the Omega-3s in plants are not nearly as potent as the Omega-3s in animal foods.

Added sugars, like sucrose and high fructose corn syrup, are harmful. People mainly disagree on how harmful and why they cause harm.

Some think they are chronic metabolic toxins while others think they’re merely a source of empty calories. But pretty much everyone agrees that, at the very least, most people are eating too much sugar and would be better off eating healthier foods instead. Right now, Americans are eating about 70 pounds (32 kg) of sugar per year, and within those averages many people are eating a 100 pounds or more.

There is mounting evidence that sugar may be partly responsible for the worldwide pandemics of chronic, Western diseases. However, keep in mind that most people aren’t deliberately eating this much sugar. They’re getting a lot of it from conventional foods that have sugar added to them.

The best way to avoid added sugar is to read labels and familiarize yourself with the many names they use (such as corn syrup, evaporated cane juice and more) for sugar.

Bottom Line: Most experts agree that sugar is harmful and that people are eating too much of it. There is mounting evidence that sugar may be partly responsible for many chronic, Western diseases.

5. Green Tea Is a Healthy Beverage

Although coffee is controversial, most people agree that green tea is healthy. It is very rich in powerful antioxidants, including a bioactive compound called EGCG. 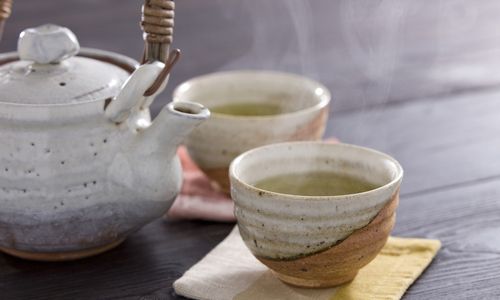 Many studies show that the people who drink the most green tea have a lower risk of serious diseases like heart disease and cancer. There is also evidence that the bioactive compounds in green tea can boost metabolism and increase fat burning. Green tea also contains certain amino acids that may help improve concentration and brain function.

Overall, green tea is a super healthy beverage that has been intensively studied, with almost every single study on it showing impressive health benefits.

Bottom Line: Although coffee and caffeine in general are controversial, most people agree that green tea is healthy. It is loaded with antioxidants and has led to major health benefits in many studies.

6. Refined Carbohydrates Should Be Minimized

Some think the majority of our calories should come from carbs, others that they are completely unnecessary and may even cause harm. But even the most extreme low-carbers agree that unprocessed carb sources are, at the very least, less bad than their refined counterparts.

Refined grains, for example, have had the bran and germ removed from the seed. These parts contain the most nutrients, but they also have fiber that mitigates the blood sugar raising effect of the carbs. When you remove the fiber, the carbs spike blood sugar and insulin rapidly. This leads to a subsequent drop in blood sugar, making people crave another high carb snack. This is one of the ways that refined carbs stimulate overeating.

There are numerous studies showing that consumption of refined carbohydrates is linked to obesity and many Western diseases.

If you’re going to eat carbs, stick to unprocessed sources that include fiber.

Bottom Line: Although carbs are controversial, almost everyone agrees that whole, unrefined sources are much healthier than their refined counterparts.

Vegetables are healthy. Pretty much everyone agrees on that. They are the default “health foods.”

Vegetables are among the most nutritious foods in existence, calorie for calorie. They are high in fiber, vitamins, minerals, antioxidants and thousands of trace nutrients that science is just beginning to uncover.

Numerous studies show that eating plenty of vegetables is linked to a reduced risk of almost every chronic disease.

Vegetables are also among the most weight loss friendly foods. They have a low energy density, lots of fiber and make people feel full with a low amount of calories.

Bottom Line: Vegetables are low in calories, but very high in micronutrients, antioxidants and fiber. Many studies show that vegetable consumption is associated with good health.

The composition of whole foods is incredibly complex. They contain way more than just the standard vitamins and minerals that we’re all familiar with.

Whole foods contain hundreds, if not thousands, of various trace nutrients, many of which have powerful health benefits. Science has yet to uncover many of these nutrients and modern nutritional supplements are far from being able to replicate all the nutrients found in foods.

Although many nutritional supplements can have impressive benefits, most experts agree that they are not able to compensate for an unhealthy diet. For optimal nutrition, the foods you choose to eat are by far the most important.

So, take care of your diet first, then add supplements to optimize (if applicable).

Bottom Line: Whole foods are incredibly complex and contain thousands of trace nutrients, many of which science has yet to uncover. No amount of supplements can replace all the nutrients found in whole foods.

Olive oil is the default healthy fat. It is part of the Mediterranean diet and has been a dietary staple for some of the world’s healthiest populations. However, getting the right kind of olive oil can be tricky these days. 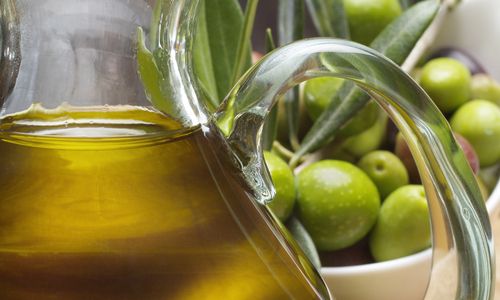 It is critical to choose extra virgin olive oil from a reputable seller, because many of the lower quality versions have been refined and diluted with cheaper oils.

Quality extra virgin olive oil is very high in healthy monounsaturated fatty acids and loaded with powerful antioxidants. Many studies have shown that it has various benefits for metabolic health. It also contains anti-inflammatory compounds and the antioxidants in it have been shown to help fight various steps in the heart disease process.

All things considered, quality extra virgin olive oil may just be the healthiest fat on the planet.

Bottom Line: Extra virgin olive oil is high in healthy monounsaturated fats and loaded with powerful bioactive antioxidants, many of which have anti-inflammatory effects and protect against heart disease.

Nutrition is important, but it’s still just one part of a bigger picture.

There are other aspects of life that can be just as important when it comes to feeling good, living long and avoiding disease. Exercise is a big one. Although it seems to be mostly ineffective for losing weight, it has incredible benefits for mental wellbeing and metabolic health.

Other lifestyle factors, that unfortunately are often ignored, are sleep and stress levels.

If you don’t exercise, are overstressed and chronically under rested, then you won’t be even close to optimally healthy, no matter how good your diet is.

Bottom Line: There are many aspects besides nutrition that are just as important for overall health. This includes exercise, managing stress levels and getting adequate sleep.

There is a lot of debate about the different diets.

There are the paleo folks, the low-carbers, the vegans, the balanced diet folks and everything in between. But the truth is: all of these approaches can work.

How to Limit Added Sugar in Your Diet

10 Ways to Teach Your Child to Eat Well