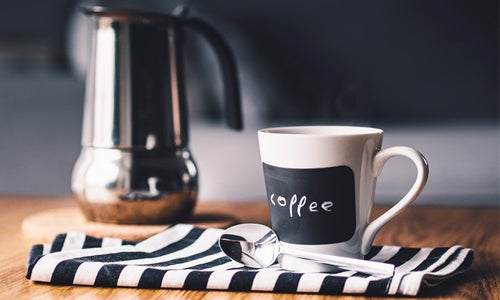 Each day, billions of people rely on caffeine for a wake-up boost. In fact, this natural stimulant is one of the most commonly used ingredients in the world (1).

Caffeine is often talked about for its negative effects on sleep and anxiety. However, studies also report that it has various health benefits. 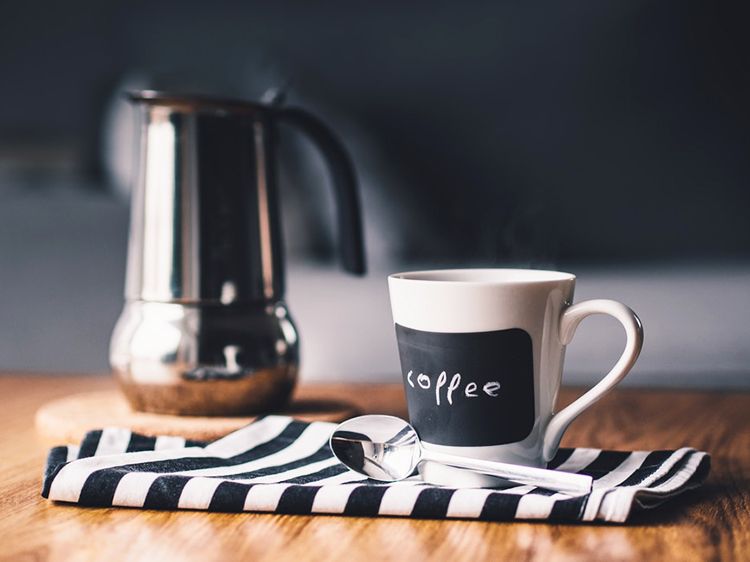 This article examines the latest research on caffeine and your health.

Caffeine is a natural stimulant most commonly found in tea, coffee and cacao plants.

It works by stimulating the brain and central nervous system, helping you to stay alert and preventing the onset of tiredness.

Coffee was reportedly discovered many years later by an Ethiopian shepherd who noticed the extra energy it gave his goats.

Nowadays, 80 percent of the world’s population consumes a caffeinated product each day and this number goes up to 90 percent for adults in North America (1).

Bottom Line: Caffeine is a natural stimulant consumed worldwide. Most people get it from coffee, tea, soft drinks, energy drinks or chocolate.

How Does it Work?

Once consumed, caffeine is quickly absorbed from the gut into the bloodstream.

From there, it travels to the liver and is broken down into compounds that can affect the function of various organs.

That being said, caffeine’s main effect is on the brain.

It functions by blocking the effects of adenosine, which is a neurotransmitter that relaxes the brain and makes you feel tired (2).

Normally, adenosine levels build up over the day, making you increasingly more tired and causing you to want to go to sleep.

Caffeine helps you stay awake by connecting to adenosine receptors in the brain without activating them. This blocks the effects of adenosine, leading to reduced tiredness (3).

It may also increase blood adrenaline levels and increase brain activity of the neurotransmitters dopamine and norepinephrine (3).

This combination further stimulates the brain and promotes a state of arousal, alertness and focus. Because it affects your brain, caffeine is often referred to as a psychoactive drug.

For instance, the amount found in one cup of coffee can take as little as 20 minutes to reach the bloodstream and about one hour to reach full effectiveness (1).

Bottom Line: Caffeine’s main effect is on the brain. It stimulates the brain by blocking the effects of the neurotransmitter adenosine.

Which Foods and Beverages Contain Caffeine?

Caffeine is naturally found in the seeds, nuts or leaves of certain plants.

These natural sources are then harvested and processed to produce caffeinated foods and beverages.

You can also find caffeine in some prescription or over-the-counter drugs like cold, allergy and pain medications. It is also a common ingredient in fat loss supplements.

Caffeine has the ability to block the brain signaling molecule adenosine.

This causes an increase other signaling molecules, such as dopamine and norepinephrine (5, 6).

This change in brain messaging is thought to benefit your mood and brain function.

One review reports that after participants ingested 37.5–450 mg of caffeine, they had improved alertness, short-term recall and reaction time (1).

In addition, a recent study linked drinking two to three cups of caffeinated coffee per day to a 45 percent lower risk of suicide (7).

Another study reported a 13 percent lower risk of depression in caffeine consumers (8).

When it comes to mood, more caffeine is not necessarily better. Indeed, a study found that a second cup of coffee produced no further benefits unless it was consumed at least 8 hours after the first cup (9).

Drinking between three and five cups of coffee per day may also reduce the risk of brain diseases such as Alzheimer’s and Parkinson’s by 28–60 percent (10, 11, 12, 13).

Bottom Line: Caffeine may improve mood, decrease the likelihood of depression, stimulate brain function and protect against Alzheimer’s and Parkinson’s.

It May Boost Metabolism and Speed Up Weight Loss

Because of its ability to stimulate the central nervous system, caffeine may increase metabolism by up to 11 percent and fat burning by up to 13 percent (14, 15, 16)

Practically speaking, consuming 300 mg of caffeine per day may allow you to burn an extra 79 calories per day (17).

This amount may seem small, but it is similar to the calorie excess responsible for the average yearly weight gain of 2.2 lbs (1kg) in Americans (18).

Bottom Line: Caffeine may boost metabolism and promote fat loss, but these effects are likely to remain small over the long term.

When it comes to exercise, caffeine may increase the use of fat as fuel.

This is beneficial because it can help the glucose stored in muscles last longer, potentially delaying the time it takes your muscles to reach exhaustion (20, 21).

Researchers observed that doses of 2.3 mg/lb (5 mg/kg) of body weight improved endurance performance by up to 5 percent, when consumed one hour before exercise (22).

Interestingly, recent research notes that doses as low as 1.4 mg/lb (3 mg/kg) of body weight may be sufficient to reap the benefits (23).

Finally, it may also be able to reduce perceived exertion during exercise by up to 5.6 percent, which can make workouts feel easier (25).

Bottom Line: Small amounts consumed about an hour before exercise are likely to improve exercise performance.

In fact, recent evidence shows a 16–18 percent lower risk of heart disease in men and women who drink between one and four cups of coffee each day (29).

One thing to keep in mind is that caffeine may slightly raise blood pressure in some people. However, this effect is generally small (3–4 mmHg) and tends to fade for most individuals when they consume coffee regularly (32, 33, 34, 35).

The authors observed that the risk drops by 12–14 percent for every 200 mg of caffeine consumed (36).

Interestingly, consuming decaffeinated coffee was also linked to a 21 percent lower risk of diabetes. This indicates that other beneficial compounds in coffee can also protect against type 2 diabetes (36).

Bottom Line: Caffeinated beverages like coffee and tea may reduce the risk of heart disease and type 2 diabetes, although this may depend on the individual.

Caffeine consumption is linked to several other health benefits:

Keep in mind that coffee also contains other substances that improve health. Some of the benefits listed above may be caused by substances other than caffeine.

However, it’s good to keep in mind that caffeine is addictive and some people’s genes make them more sensitive to it (1, 53).

Some side effects linked to excess intake include anxiety, restlessness, tremors, irregular heartbeat and trouble sleeping (54).

Too much caffeine may also promote headaches, migraines and high blood pressure in some individuals (55, 56).

In addition, caffeine can easily cross the placenta, which can increase the risk of miscarriage or low birth weight. Pregnant women should limit their intake (55, 57, 58).

Finally, it’s worth noting that caffeine can interact with some medications.

Individuals taking the muscle relaxant Zanaflex or the antidepressant Luvox should avoid caffeine because these drugs can increase its effects (59).

Bottom Line: Caffeine can have negative side effects in some people, including anxiety, restlessness and trouble sleeping.

Both the U.S. Department of Agriculture and the European Food Safety Authority consider a daily intake of 400 mg of caffeine as safe. This amounts to 2–4 cups of coffee per day (60, 61).

That being said, it’s worth noting that fatal overdoses have been reported with single doses of 500 mg caffeine.

Finally, according to the American College of Obstetricians and Gynecologists, pregnant women should limit their daily intake to 200 mg (64).

Bottom Line: A caffeine intake of 200 mg per dose and up to 400 mg per day, is generally considered safe. However, pregnant women should limit their daily intake to 200 mg or less.

Caffeine is not as unhealthy as it was once believed to be.

In fact, evidence shows that it may be just the opposite.

Therefore, it’s safe to consider your daily cup of coffee or tea as an enjoyable way to promote good health.

Are Oats and Oatmeal Gluten-Free?

11 Foods That Can Help You Look Younger